Two startups belonging to a "new species of entrepreneur" and raised up by the Biomimicry Institute walked away from Circularity 19 with big checks.

The startups Watchtower Robotics and Aruga Technologies have a few things in common. Both are building tools to use inside of "pipes" (although they happen to be two very different types: underground water pipelines and human arteries). Both collected big checks at GreenBiz's inaugural circular economy event, Circularity 19, in Minneapolis this week. And both companies participated in the Biomimicry Launchpad startup accelerator, which seeks "a new species of entrepreneur" — one that looks to nature to achieve radically sustainable, circular solutions.

"They don’t look like your average businesses," Beth Rattner, the Biomimicry Institute's executive director, said of all the participants. "They’re looking at biological blueprints. These blueprints have produced a world that’s working for all species, not just one."

The Biomimicry Launchpad business accelerator is a project of the Biomimicry Institute, co-founded by author Janine Benyus, in partnership with the Ray C. Anderson Foundation. The launchpad, in its fourth year, has been helping the fledgling companies develop and mature over the past year.

They don’t look like your average businesses. They’re looking at biological blueprints. These blueprints have produced a world that’s working for all species, not just one.

"When done right, business can be a true force for good in the world," John Anderson Lanier, executive director of the Ray C. Anderson Foundation, said onstage, echoing his "radical industrialist" grandfather, the legendary founder of Interface carpeting.

Last year's Ray of Hope winner Nucleário, out of Rio de Janeiro, showcased a pesticide-free, biodegradable system for planting trees on a large scale. The design of each module, which encircles and protects seedlings, is inspired in part by winged seeds.

Here's what this year's contenders are touting. 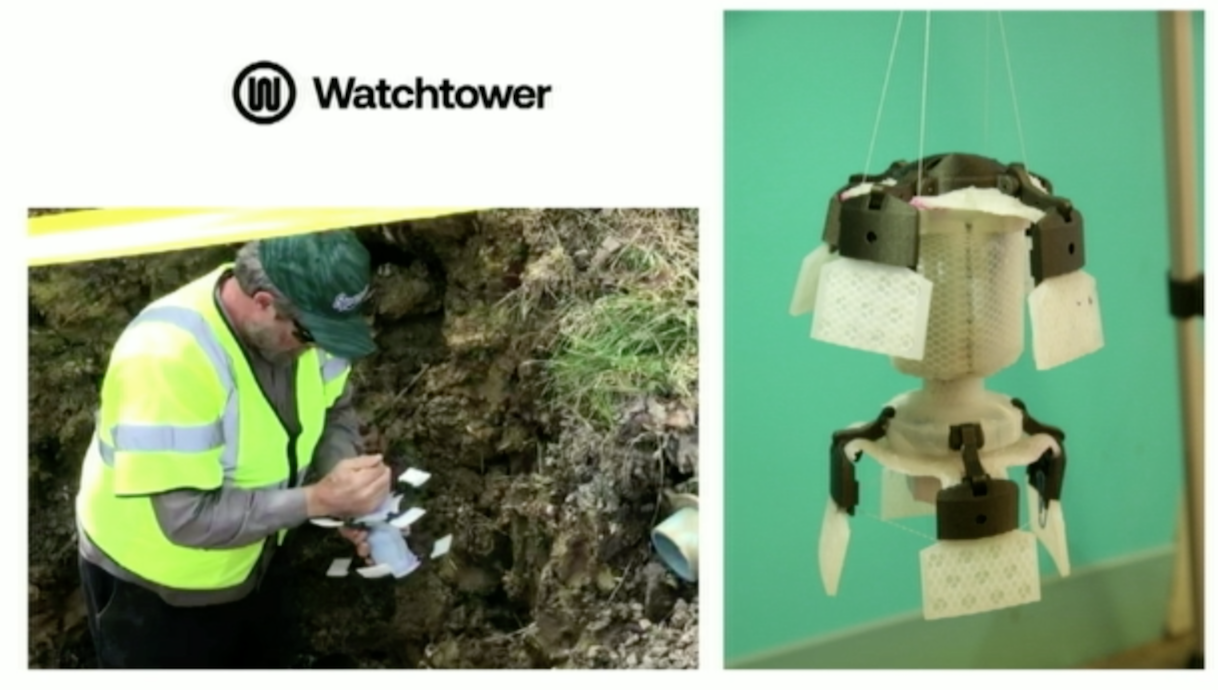 Twenty percent of clean water in the world is lost every day through leaking pipes. There are 240,000 pipe breaks every year in the United States alone, and that number is set to rise as the country faces aging infrastructure. Every one of those leaks can cost a municipality hundreds of thousands of dollars.

The patented robot by Watchtower Robotics is meant to slip inside pipes and map them to "feel" potential leaks, even relatively small ones of about a gallon per minute. The design is inspired in part by the blind cavefish, which has channels of water under its skin that sense pressure. Like the spineless octopus, the device can squeeze through narrow crevices. And an umbrella-like top mimics that of a jellyfish, which ;creates a vortex for more effective swimming.

When a heart patient's artery is blocked, implanting a graft is a common treatment. But often, grafts only last a few years, as they can "foul" and collect debris. In nature, wrinkled surfaces, such as arteries themselves or the skin of a dolphin, resist detritus. Aruga Technologies is working on a technology that would enable a more durable graft, one with a surface that crinkles as the heart beats. And the technology could be used beyond the medical industry, the company hints: "From water filtration and purification to petrochemical processing and bio-reactors, Aruga surfaces can add an element of sustainability that current solutions, such as complex chemical coatings and time intensive and expensive cleaning protocols, do not provide."

Eighty percent of wastewater goes untreated, and in India, that rate is 93 percent. EcoSTP is working on a zero-power device to submerge in water and filter out contaminants without the use of chemicals, by mimicking the four chambers of a cow's stomach. Plants, microorganisms and gravel help to filter the water in four stages, without the need for moving parts such as motors or fans. 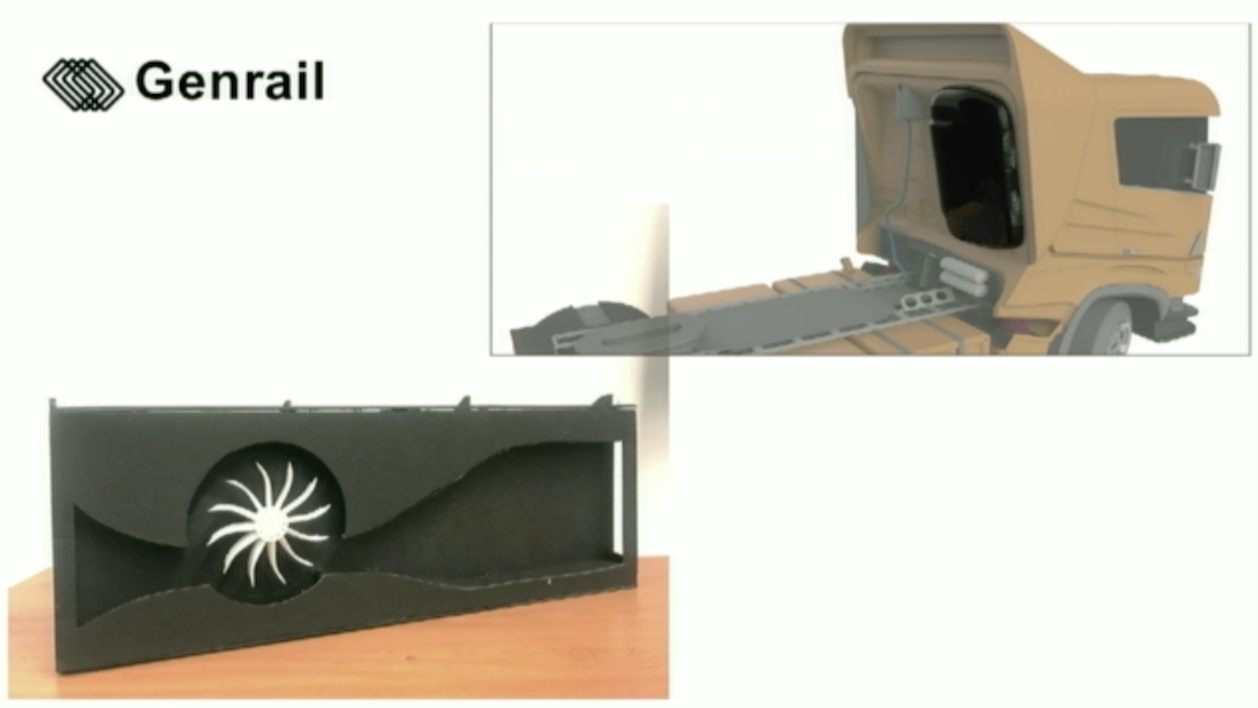 Idling trucks can use a gallon of gas every hour, but truckers leave them on when parked to maintain the heat or air conditioning inside the cab. Gen-Rail aimed to harness the wind power unleashed from trucks as they drive to maintain temperatures for the driver, without running the truck's engine. The team incorporated the form of an albatross's wide wings and mimicked qualities of the desert snail to build a fan with a battery pack.

Habari created a 32-foot-wide umbrella to shield plants from extreme cold. It creates a pocket of air and prevents leaves from being coated with frost, which can help avoid the $10 billion costs of crop losses each year. The open-source design, originally intended to help tea plants, follows qualities of the giant groundsel and lobelia plants native to Kenya. The device can connect to a weather station to anticipate a cold front.

This startup seeks to reduce the heat island effect in cities with a building insulation product that reduces indoor temperatures without requiring any power. It takes cues from the brain cactus (which has deep ridges allow air to circulate) and the Saharan silver ant (the sun reflects off its triangle-shaped, tubular hairs at various angles).

As higher temperatures gradually become more common further in northern regions with climate change, malaria and other health risks posed by mosquitoes are likely to travel to more places. Inspired by the common bladderwort plant, which traps and digests small insects, the solar-powered UPOD can kill mosquitoes and their larvae within a watery chamber.