Air travel emits about 860 million metric tons of carbon dioxide per year, about 2 percent of global emissions. Decarbonizing the industry won’t be easy, but U.S. aviation giant JetBlue last week embarked on the next leg of its journey to do so — becoming the first U.S. airline to pledge to offset all domestic flights beginning in July.

JetBlue is also partnering with renewables company Neste to use sustainable aviation fuel on flights out of San Francisco’s international airport starting in the middle of this year. It’s the first U.S. airline to collaborate with the Finnish fuels company for this purpose.

Other airlines are making carbon reduction commitments, but few are as bold as the new Jet Blue flight plan. United Airlines has committed $40 million to sustainable aviation development, and Qantas has a suite of sustainability goals, including reducing emissions by 50 percent. Following JetBlue’s announcement, Delta announced it will be offsetting flights out of Las Vegas; other airlines offer passengers optional carbon offsets for an additional fee. British Airways has committed to offsetting all domestic flights within the United Kingdom, but as one of the top 10 airlines in the United States, JetBlue’s decision has the potential to make a deeper impact.

JetBlue sustainability lead Sophia Mendelsohn said the decision was multi-faceted — driven by business interests, concerns over the impact of aviation on the environment and more.

What we can’t avoid, we offset. We made a sustainable aviation fuel commitment at the same time, because we see these things working in tandem with each other.

The decision reflects a growing interest among consumers to see brands take action on climate, part of the recent "flight shaming" movement; some customers have limited or even given up air travel entirely due to emissions concerns. Airlines have worked to increase fuel efficiency with traditional fuel for decades, but in order to keep up with demand and mitigate impact, more has to be done.

JetBlue has chosen several main categories of projects to fund with its offsets — reforestation, landfill gas capture and solar and wind development. Given concerns about verification of offset initiatives, it was important to JetBlue that the projects were audited, traceable and available on public databases, Mendelsohn said.

With that in mind, the airline is partnering with carbon offsetting companies Carbonfund, EcoAct and Southpole. In collaboration with those organizations, JetBlue is expected to offset an additional 15 billion-17 billion pounds of carbon dioxide emissions per year — that's equivalent to the emissions produced by all of its U.S. domestic flights and about 70 percent of its global flight schedule. JetBlue did not disclose the amount of emissions that it offsets through its current offset programs.

The carbon footprint associated with using Neste’s sustainable aviation fuel is about 80 percent smaller than what’s emitted by traditional fuel, according to the company. It can be used in aircraft without modification. Neste’s fuel is entirely certified by the ASTM International (an international standards organization). It is produced from sustainably sourced, 100 percent renewable wastes and residues.

Neste has worked with some European and Nordic airlines such as Lufthansa and KLM, but JetBlue is the first U.S. airline it has provided fuel for. For Neste, which first began developing sustainable aviation fuel in 2011, it’s an exciting step. The company originally was an oil and gas producer; it switched to producing renewables about 15 years ago in the face of the climate crisis.

"We’re excited to be supporting JetBlue on their journey to become carbon-neutral," he said. "This is exactly why we got into the renewable products business, to provide forward-thinking companies with solutions that can enable them to phase out fossil fuels, reduce their carbon footprint and achieve their sustainability targets. It’s a great example of the opportunities in scaling sustainable aviation fuel." 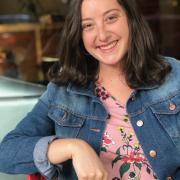