Jigar Shah on the solar industry's next big steps

What do the new year and new administration mean for the solar industry? What effects will emerge from the SunEdison bankruptcy and the SolarCity-Tesla merger? Jigar Shah, founder and former CEO of SunEdison, provided his proactive perspective on current trends. He also expressed his viewpoint on the appropriate roles of property-assessed clean energy (PACE), international microfinance, tax incentives, and venture capital (VC).

Shah is the pioneer of the innovative "solar as a service" and "zero-down" business models. He is also the author of "Creating Climate Wealth: Unlocking the Impact Economy."

Abhilasha Purwar: Solar has achieved grid parity in many states. Tax credits are on their way to phasing out. But the new tax reforms might impact the tax-equity portion of the renewable project capital stack. What do these developments mean for the renewable-energy industry? 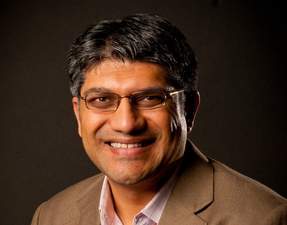 Jigar Shah: Together, the investment tax credit (ITC) and the production tax credit (PTC) have been a bipartisan issue and garnered large support from Republicans from states like Utah and Iowa. Under the new administration, tax credits are unlikely to phase out any sooner than scheduled.

Personally, I have been on the record saying that these federal subsidies should be phased out soon. With falling costs and grid parity, the renewables industry is ready to stand on its own.

Yes, the tax reforms are likely to shrink the tax equity pool. However, if corporate taxes don’t go down to some absurdly low rate (which is quite unlikely), it doesn’t really bother the industry much.

Tax equity is an expensive capital source. Large pools of cheap capital are available in the market and can be deployed in renewable projects. For instance, it could be international capital from China or Korea.

Many foreign investors have shown high demand for United States treasury bonds. These bonds have low return rates of less than 1 percent but are considered long-term stable assets. These investors would find solar, with its 4-5 percent return range, a highly attractive asset.

With falling costs and grid parity, the renewables industry is ready to stand on its own.

Purwar: The latest executive order to review the Clean Power Plan might add competition in the energy industry with the new support for fossil-fuel energy generation. So how do you think the added uncertainty under the current political environment will play out for renewable energy?  How can renewable energy developers and investors mitigate those risks?

Shah: The Clean Power Plan (CPP) had nothing to do with solar and wind. It was about shutting down coal power plants. If the CPP is eliminated, then coal power plants may live for a few more years. But despite policy or politics, all of these coal plants will shut down because they are not cost-effective to operate.

Since 1999, the energy business has been a volatile industry. We had even more surprises when the ITC and PTC were extended in 2015. As the policy we have come to depend on phases out, you will see a clean-energy business that is calmer.

This question essentially boils down to the risk-management skills and strategies of renewable-energy developers. The risk for project finance investors is very low. Once developers have invested in a project in 2017, the United States government isn't going to retroactively change the existing policies.

Purwar: Do you foresee consolidation in the solar industry? Can that help with risk management at the developer level?

Shah: I do not think so. Given the unique nature of every new project and the different risks associated with sites, resources, off-takes, permits and contracts, there is not a lot of economy-of-scale-linked risk reduction from which the developers can benefit. The nature of the business allows for many developers at local, regional, national and international levels. Overall, competition is good for the industry.

Purwar: SolarCity and Tesla merged last year to solve the former organization’s cash problems. SunEdison went bankrupt under similar cash distress. Is there a common woe that the industry needs to be cautious about?

Shah: Yes. The problems of both SolarCity and SunEdison were around cash management. Both the companies suffered from poor cash-flow management. Mismanagement of working capital and overpaying for assets caused SunEdison bankruptcy. But from a utility- or C&I-scale solar-business-development perspective, this does not represent an industry-wide problem. It is just about following basic management principles.

If the CPP is eliminated, then coal power plants may live for a few more years. But ... all of these coal plants will shut down because they are not cost-effective to operate.

In the residential solar segment, people have concluded that SolarCity was overpaying for lead generation. Essentially, it was losing money on every new customer gained. So as they grew 100 percent per year, something like 20 percent of growth was profitable and 20 percent was breakeven. They lost money on 60 percent of their growth. They have now scaled back their lead acquisition cost and subsequent growth targets substantially. Going forward, let’s see how they manage cash and perform under Tesla.

With PACE and loan financing, you will see much fiercer competition in residential solar. Earlier, the residential solar model was reliant on lease financing, which in turn is heavily dependent on tax equity and thus limits the number of players that can secure financing. On the contrary, PACE or loan financing is democratizing the solar-loan market in same way as Freddie Mac and Freddie Mae did for the housing market.

Purwar: Your new venture is Generate Capital, a cleantech specialty financing firm. What is "special" about Generate Capital? As an entrepreneur-turned-investor, where are you enthusiastic about deploying your energy and capital?

Shah: Generate Capital is a project-finance-investment firm with a strong purpose built into the investment thesis. For many proven but unscaled technologies, like anaerobic digesters, more-efficient LED bulbs, or less energy-intensive reverse osmosis systems, there are no "project financing" partners. As a developer, if you propose a $50-100 million project, there are investors. But for small-ticket investments, there are few or none.

Contrary to what may seem apparent, we do not take technology risk. The technologies we focus on are well proven but may be out of favor or misunderstood. We do specialize in paying attention to small and new players. And if the diligence outcomes permit, we extend project financing for them.

Purwar: Continuing along the same thread, and maybe including the technology risk associated with early stage ventures, how do we encourage cleantech entrepreneurs? How do we get successful cleantech development and deployment across the world?

Shah: There are three aspects to this question: innovations; investments; and deployment.

In the past, cleantech VC investors took technology risk and, as we observed it, failed. Most hardware technologies in the energy business compete with a commodity and thus find it difficult to provide quick and large payoffs.

That said, when we look at cleantech development, we need to think about what vantage point we are looking at. Innovation for sake of innovation is not useful. From the perspective of decarbonization, we can already meet most of our goals with the deployment of existing technology.

From the perspective of decarbonization, we can already meet most of our goals with the deployment of existing technology.

Today, even the cleantech VC investors are not taking the "technology risk." They are investing in fintech, control systems and software in the domain of energy business.

These investments are more about the execution risk. However, software, control systems and other ancillary services are critical elements in the increased deployment of clean technologies. These ancillary services reduce the transaction cost.

For instance, JP Morgan has just created a software that standardizes legal work required for projects. This enables them to serve smaller businesses with smaller capital needs.

Purwar: I would like to close with a question about two special markets that greatly require solar financing and deployment: underserved markets in the United States and emerging economies. What are the main obstacles that need to be resolved in these areas?

Shah: It is more expensive to service underserved communities both domestically and in emerging economies. This leads to the higher interest rate that financial institutions charge for servicing them.

We do not need to reinvent the wheel. [We should] look at schemes like microfinance for emerging economies and subprime mortgages for the United States to find solutions to serve such communities.

If we identify the obstacles that these proven solutions are facing in deployment and find stitching solutions correctly, that could work.

For instance, domestically, there is a need to reduce the credit risk and thus make the rates more affordable. There is room for both supportive policies and/or smart insurance solutions. In emerging economies, the problem is often the lack of infrastructure or high cost associated with simply going and providing the financial service. Digitization could be the low-cost answer.

How to close the energy innovation gap