Jones Lang LaSalle started the new year with 1,075 credentialed energy and sustainability professionals on its staff, the most of any commercial real estate services firm.

In doing so, the company beat its goal of having 1,000 members of its workforce attain green accreditation by the end of 2012.

As the field of sustainability grows, greater numbers of professionals are striving to differentiate themselves by earning credentials from internationally recognized organizations such as the U.S. Green Building Council with its program for LEED Accredited Professionals and BREEAM, based in the United Kingdom.

At the same time, standards organizations have raised the bar for credentials, and companies have come to view employee accreditation not only as an avenue for professional development, but also as a market advantage. 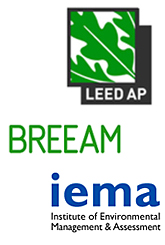 For example, Turner Construction Company, a green building leader, has emphasized its commitment to fostering certification of employees as LEED Accredited Professionals for the past eight years. Turner's population of LEED APs grew from 42 in 2004 to more than 1,000 in 2009. With some 1,200 LEED APs on staff last year, Turner had the most of any company.

Jones Lang LaSalle, which now has a robust sustainability practice, had fewer than 200 employees certified as professionals in the discipline in April 2008, when it set its first target for accreditation among staff members.

"Sustainability is now important to every service we provide," Dan Probst, JLL chairman of energy and sustainability services, said in a statement provided to GreenBiz. "Sustainability accreditation verifies that we understand the strategies for managing energy, water and other aspects of sustainable development and operations."

The firm's tally of certified sustainability professionals rose to 650 in May 2011, and company leaders set a new internal target, called "Accredit 1K." At the time, there was some doubt that the population of credentialed staff could climb by 350 before New Year's Day 2012. So JLL decided to set the close of 2012 as the horizon for its stretch goal, but soon realized it had triggered a surge in the demand for credential-related training among staff. 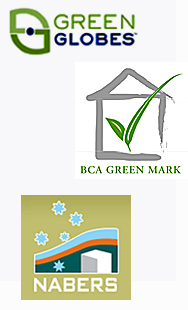 "The response from our business leaders and on-site professionals around the world, based on rising client demand, was so strong, we had to move quickly," said Lauralee Martin, JLL's chief operating and financial officer, in a statement. The firm stepped up the course offerings in its in-house Sustainability University, and employees hit the books.

JLL's 1,075 accredited staff members, who represent 2.5 percent of the company's 42,000 employees, span 29 countries. The majority of the credentials were earned through the USGBC's LEED AP and LEED Green Associate programs. Other sustainability credentials attained by JLL employees include BREEAM accreditation; membership as an Associate of the Institute of Environmental Management and Assessment; certification as a Building Commissioning Professional (CBCP), an Energy Manager (CEM), or a Data Center Energy Practitioner (DCEP); and accreditation through programs operated by Green Globes - Go Green Plus, Green Mark and the National Australian Built Environment Rating System.

The company credits its professionals for enabling 200 buildings and commercial interiors to achieve green building certification, and for installing or serving as advisors on 1,400 MW of wind and biomass energy projects. JLL says its sustainability pros also helped clients save $128 million in energy costs and avoid 563,000 metric tons of greenhouse gas emissions in 2010, according to the firm's most recent annual global figures on its work with customers.

JLL Vice President Craig Bloomfield said many other employees will be taking credentialing exams during the first quarter of 2012, "so I'm sure we will top 1,100 pretty soon."