President Donald Trump built his personal brand on wealth using tag lines such as, "You have to be wealthy in order to be great."

Shortly after Trump’s election, Bard MBA in Sustainability students Heather Bowden, Lauren Hill, Nick Shore and Catherine Tedrow spoke with filmmaker John de Graaf, who documented the consumption phenomenon of the 1990s. Their conversation explored the connections among consumption, income inequality, social media and climate change in the context of the election.

De Graaf is a documentary filmmaker and author. Fifteen of his films, including the popular "Affluenza," have been broadcast nationally on PBS. He is also the co-author of the books "Affluenza: The All-Consuming Epidemic," now in its third edition, and "What’s the Economy For, Anyway?"

De Graaf’s work investigates the intersections of sustainability, consumerism, health and happiness. He is a senior advisor for Earth Economics, a non-profit ecosystem services organization. He is also a co-founder of the Happiness Initiative and served as an advisor to the government of Bhutan as it developed its Gross National Happiness report for the United Nations in 2013.

Bard MBA: What have you seen since making your 1997 documentary, "Affluenza," in terms of how consumption and income inequality play out in our current system? And what are you thinking in light of the recent presidential election? 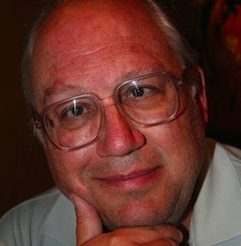 <p>John de Graaf</p>
John de Graaf: When we made the documentary, it was a unique time because incomes were rising for pretty much everybody and there was a sense that the economy was going to continue on its way up. Although we didn’t believe that, that is what society tended to believe, and so we focused on how that philosophy was a real danger to the environment in the long run.

We heard from Elizabeth Warren, who was then at Harvard, that for increasing numbers of people, it wasn’t about consuming a lot of stuff. Instead, it was about staying afloat as the prices of key things like housing, healthcare and higher education were suddenly exploding because of policies instituted in the late 1970s and 1980s. We saw that median incomes were barely keeping pace with increasing inflation, and that in certain parts of the country, it had become very difficult for people to keep up. For those at the bottom it was even worse; some people were working two or three jobs to try to stay afloat.

Income inequality is obviously the most significant factor we have to deal with if we are going to have reasonable consumer patterns. I believe that we voted in November to exacerbate inequality: to cut taxes for those who already have and to cut programs that benefit people who don’t have. Inequality in the material sense is just getting wider and wider.

Income inequality is obviously the most significant factor we have to deal with if we are going to have reasonable consumer patterns. I believe that we voted in November to exacerbate inequality.

We have to address what has led us to a lot of these problems: tax cutting, the Reagan revolution and the concept of trickle down. Under those policies, wealth gushed up and conspicuous consumption was praised. We also have to understand that we cannot solve our problems by simply growing the economy. The concept that somehow our current 2.5 percent economic growth ought to be increased by 3 or 4, or as Trump has said, as much as 5 percent, would mean a doubling of consumption for a decade and a half.

The impact of that on the climate and the environment is almost too difficult to fathom. People need to understand that we have to turn away from the idea that the answer to the good life is greater consumption. Instead, it is more time and more nature and more social connections. If we manage that, people will not only be healthier, they will be happier.

Bard MBA: What is your perspective on the role of technology and social media on driving consumption?

De Graaf: Sales are increasing through the internet. While it has value and there’s good information to obtain from it, it’s just awash with constant commercials. There are pages on which you can’t even read the articles because there are so many ads popping up.

What we are getting is an environment, particularly online and through our devices, that is totally saturated with messages to consume more. People use selfies on sites Facebook and Instagram to say, "Look at me — look at how exciting my life is, look where I just went and what I just bought." All of that tends to make their friends, both virtual and real, feel that, "Well, my life isn’t quite like that." They may think the answer is to shop for more things.

Bard MBA: Social media sites are selling us a sense of human connection, and while it’s amazing to be able to talk to someone on the other side of the world, there is a disconnect. How does people living their lives online bring disconnection?

De Graaf: I think that it is so complex. Depending on how social media is used, there’s certainly a positive side to it. But there’s also the unreality of it. When it comes to news, increasingly we’re getting very narrow sources.

We have become polarized into different worlds, which is a danger because it has become difficult to talk about common values, like how much we consume and how we should live.

When I was in college, we all watched the same stuff and talked about the same things — and maybe the facts weren’t always right, but there wasn’t a deliberate effort to distort in pursuit of an ideology. We have become polarized into different worlds, which is a danger because it has become difficult to talk about common values, like how much we consume and how we should live.

Bard MBA: What has been your experience of people who have had value shifts, and of engaging people with different values?

De Graaf: Usually, an event forces you to rethink your thinking. It’s very clear that young people voted in much bigger numbers against Trump than anybody in any other part of society. That says that these young people want something different and have a different set of values. I think they understand the impacts of climate change and are not already ideologically disposed to hardline market ideas that don’t allow the impacts of climate change to seep in.

We are in a period right now where we are going to have to do some strategy thinking and soul searching about where things are going. Clearly, a lot of people in the country don’t think like us.

"Affluenza" was an interesting film because it actually did cut across political lines. We had a lot of sympathy from conservatives who also had issues with over-materialism and its impacts. Conservatives tend to take issue with marketers targeting children, so that leads me to believe that stuff about kids is the way to begin that conversation — but that’s trickier when we’re all in our silos.

These rock climbers are approaching a new summit: energy for all

A Sober Optimist's Guide to Sustainability