Just how sustainable is that synbio startup?

To gain consumer confidence, life-cycle analyses and transparency are key.

Demand for Impossible Foods’ plant-based burger is exploding, so much so that the company has been hard-pressed to fill orders.

Indeed, dozens of startups are using synthetic biology to produce food, fiber, medicines and other goods. Many state missions of overcoming sustainability issues associated with traditional production processes. Tinctorium, for example, produces blue jeans with a synthetic indigo dye made with microbes rather than toxic chemicals and petroleum products; Bolt Threads produces a high tensile "Spider Silk" from bacteria; Decomer makes an alternative plastic packaging from microbes; and Evolva produces synthetic spices such as vanillin. 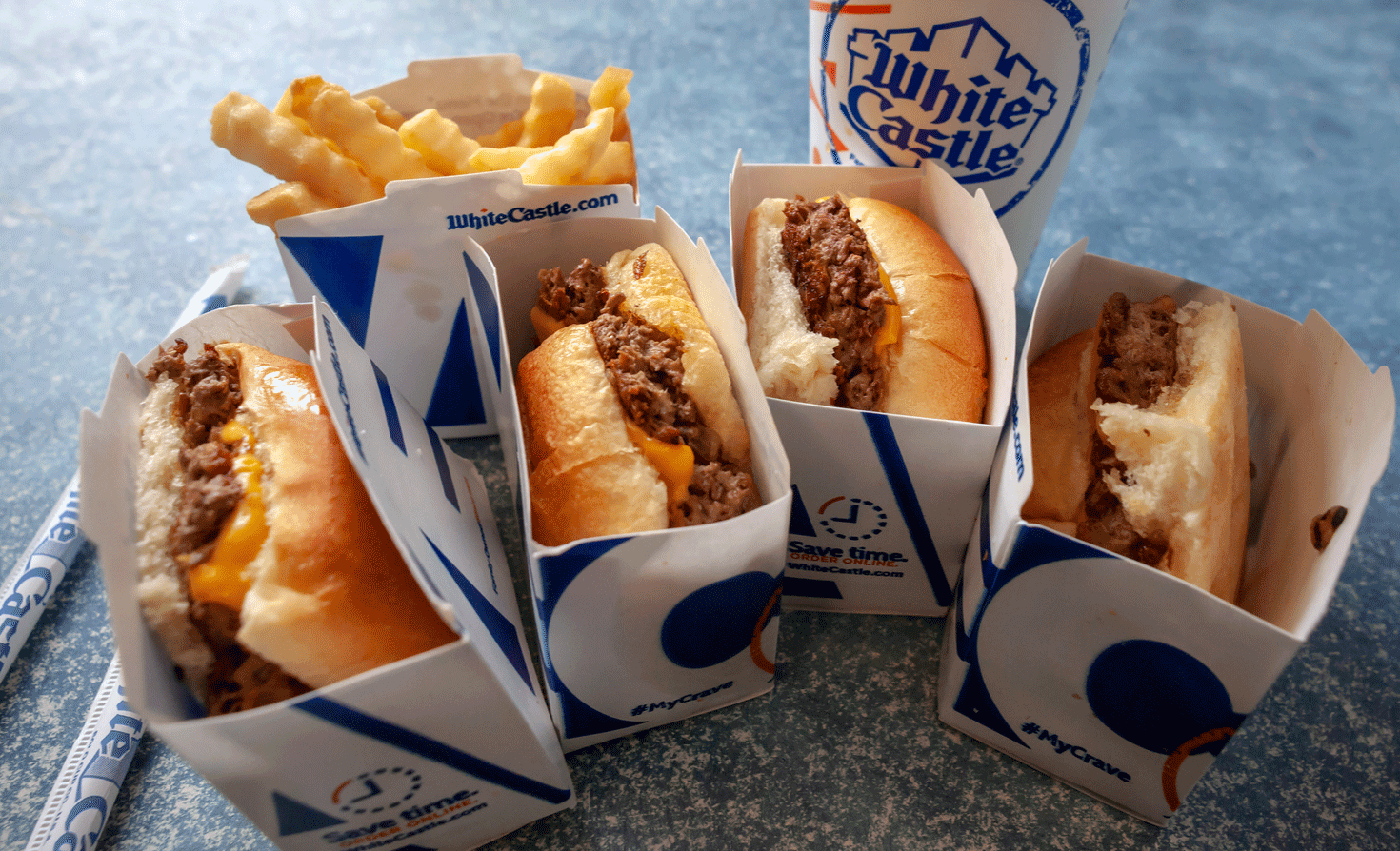 Investments in such companies reached $3.8 billion in 2018, and industry leaders such as Arvind Gupta, founder of the synthetic biology incubator IndieBio, see unlimited potential. Gupta told GreenBiz he sees "a $100 trillion-dollar opportunity" in the technology and believes that it will disrupt traditional industrial processes, writ large, over the next 25 years. "Alternative proteins, energy, all of the technologies that are nascent now will become the backbone of significant new industries," he said.

Despite such high expectations — and, some may say, hype, as few startups to date have achieved Impossible Foods’ breakout success — questions remain about unintended consequences of synthetic biology, as well as consumer attitudes towards goods made with altered genes.

For companies considering investing in, partnering with or acquiring a synbio startup, issues worth investigating include sustainability of feedstocks, safeguards for preventing accidental release of gene-edited organisms, potential human health impacts and potential disruption to agricultural communities.

But first, how does it work?

To understand the potential for unintended consequences, it’s important to understand how the process works.

While synthetic biology applications span from simple gene-editing combined with fermentation processes, to cellular meats grown in a lab from the stem cells of animal muscle, to so-called "gene-drive" applications intended to change an organism’s genetics in the environment (such as mosquitoes that spread malaria), this article focuses on products and processes that rely on gene editing combined with fermentation.

For such processes, synthetic biologists identify the gene sequences that give materials certain qualities, such as the flavor of vanilla, the hue of indigo plant leaves or the tensile strength of silk.

Often, it’s a protein produced by plant or animal cells that imparts the desired quality. Once identified, the gene sequence for that protein is created chemically in a lab, sometimes modified, and then inserted into yeast, bacteria or algae cells. Then, much like brewing beer, a fermentation process turns the microbes into tiny factories that mass-produce the desired protein — which is then used as a raw material, such as a food ingredient or a building block for a new material.

The Impossible Burger, for example, contains an engineered heme, a protein originally derived from soy plant roots, to give it the look and feel of meat. The heme is one ingredient of the soy-based burger. Bolt Threads produces Spider Silk, a high-tensile fiber spun from synthetic silk proteins churned out by engineered bacteria.

Every synthetic biology operation using fermentation has to feed its microbes to make them grow. Think wheat or barley for beer brewing.

U.S. synbio companies largely use sugar from GMO corn because of its abundant supply, says Bolt Threads on its website.

Some companies, such as KnipBio, creator of an alternative feed for farm-raised fish, are using more sustainable feedstocks, such as waste methane gas and corn silage. "Feedstocks that don’t compete with humans — that has to be part of the consideration. We have to make things more efficient," said Larry Feinberg, CEO and co-founder of the company.

The reliance on GMO corn leads some to question whether synthetic biology operations simply might replace one form of unsustainable agriculture with another, particularly as they reach greater scale.

Studies have shown that GMO corn and its dependence on glyphosate + 2, 4-D and other toxic herbicides has led to biodiversity loss, potential harm to soil health (PDF) and water pollution, with potential implications for human health.

"If we now have to scale monoculture 2,4-D corn to feed these fermentation tanks," noted Rebecca Burgess, founder of Fibershed, an organization promoting natural fiber production, "what does that mean for the [U.S.] Midwest or the Cerrado in Brazil?"

Few synbio startups other than Impossible Foods have conducted life cycle analyses, although many claim on their websites that they’re "super sustainable."

The nascent industry may not yet view the importance of life-cycle analyses. As Gupta told GreenBiz, "If you can replace all plastic packaging with something that’s completely biodegradable and edible, and made from a plant-based substance that’s extremely cheap and abundant, you don’t have to do something super complicated to convince someone that this will be good for the planet."

Todd Kuiken, senior research scholar at the Genetic Engineering and Society Center at North Carolina State University, disagrees. "It’s not as simple as saying, we’ll just produce this from algae now," he said. "There are impacts, there are winners and losers, all of that needs to be evaluated and put on the table so people can make a decision with all of that information in front of them."

Kuiken, who previously led the Wilson Center’s Synthetic Biology Project, believes companies should conduct full life-cycle assessments of their products, including both environmental and socioeconomic impacts.

This is especially critical as companies scale up and increased demand for their products could require them to make sourcing changes that have sustainability implications.

Impossible Foods, for example, originally said it would not use GMO soy. But as demand for the burger skyrocketed, the company reversed course on that decision.

Potential for release into the wild

The unintentional release of gene-edited organisms into the environment is a concern with any form of genetic engineering.

KnipBio CEO Larry Feinberg said, however, that ensuring microbes are dead before release outside the lab is "microbiology 101," like milk pasteurization. Nevertheless, "there should be, and will be, safety redundancy built into containment at an industrial biotech operation," he added.

Moreover, research shows that modified bacteria tend to revert back to their "wild type" when they’re no longer housed in the optimized conditions created in the lab.

Piers Millet, director of safety and security at iGem, a nonprofit organization that runs a global synthetic biology competition, agrees. "One of synthetic biology’s biggest challenges is getting the new traits to stick past a few generations. In almost every case, the alterations you’re making make those organisms less suitable for natural environments," he said. 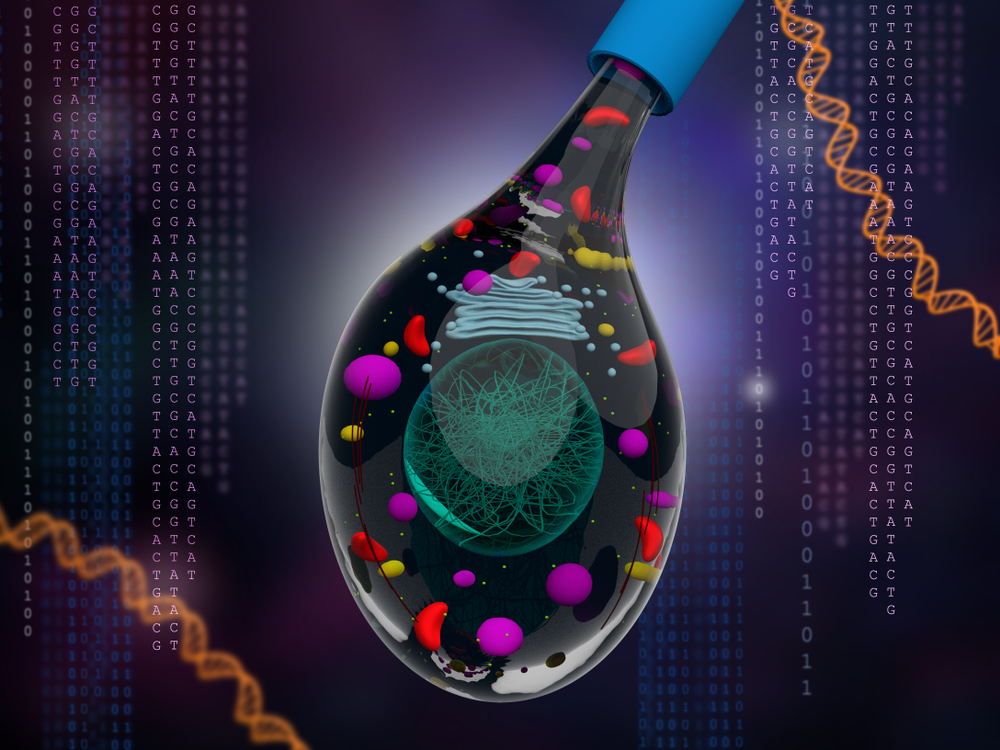 Bacterial engineering processes have been established for more than 40 years, particularly for medicines such as insulin. We’ve also been editing bacteria to create the vegetable rennet in cheeses since 1990. In fact, 90 percent of U.S. cheese today is produced with what’s known as fermentation-produced chymosin, or FPC, a vegetable rennet.

There are no reports of health or environmental impacts from FPC to date, but neither does it appear that anyone has researched the question.

The main health concern with synthetic biology products is that they add new proteins to foods, and those new proteins may be allergenic or otherwise unsafe to eat, said Dana Perls, senior food and agriculture campaigner with Friends of the Earth.

My feeling is that a lot of the leftover concerns about genetic modification has to do with the nature of power relationships, about very powerful companies controlling technology.

GMO labeling laws in the United States don’t apply to products made using synthetic biology. Most recently, the Food and Drug Administration announced that labeling isn’t required for ingredients made from GMO crops if no modified genetic material is detectable. Cell-based meat will be regulated by both the FDA and the U.S. Department of Agriculture, although it’s not yet clear what that means in practice.

Consumers leery of genetically modified food find the weak GMO regulations in the United States concerning. "People want real food, they want transparency, and nobody wants to be an experiment," as Perls put it.

One of synthetic biology’s biggest challenges is getting the new traits to stick past a few generations.

Oakland Institute Executive Director Anuradha Mittal is concerned that the rise of synthetic biology for products such as vanilla, coconut oil and silk poses a threat to the livelihoods of smallholder and indigenous farmers if those engineered products replace their natural counterparts. Many of these farmers, like the Filipino coconut growers facing super typhoons year after year, are on the front lines of climate change, and Mittal notes that synbio alternatives could increase their vulnerability at a time when they need solid markets to help them adapt to climate change.

Companies choosing to use flavorings produced with synthetic biology may face consumer backlash. Haagen Dazs, Dreyers and Baskin Robbins are being called out for their use of "synbio vanillin." Meanwhile, Ben & Jerry’s publicly stated that use of genetically engineered ingredients in its products is inconsistent with its sourcing criteria.

The potential for livelihood loss is precisely why Kuiken advocates for synbio companies to complete life-cycle analyses accounting for both environmental and social impact.

Whether synthetic biology can meet its promise and help tackle some of the world’s most significant sustainability challenges — without causing harm — remains to be seen and likely will vary by project. But one thing is for certain, industry transparency and dialogue will be key for bringing consumers along.

Acknowledging that there is some consumer distrust, iGem’s Millet said that dialogue with affected communities is vital.

"My feeling is that a lot of the leftover concerns about genetic modification has to do with the nature of power relationships, about very powerful companies controlling technology," he said. "But that doesn’t mean we can’t have a different type of relationship."

An earlier version of this story first appeared at Civil Eats.