This article originally appeared at GreenSportsBlog.

The Green Sports Alliance was founded in February 2010 as a non-profit organization with the mission of “helping sports teams, venues and leagues enhance their environmental performance.” Since launching with founding professional teams and venues in the Pacific Northwest, the Alliance has grown to include an international membership base that numbers over 260 professional teams, venues, and universities from 20 leagues. Green Sports Alliance members and teams have established recycling and composting programs, venues have installed on-site renewable capacity and the NHL issued the first league-wide sustainability report.

While all of this is certainly impressive, the organization is at a pivot point: How does it grow from here to go beyond its mission to help sports make a positive impact on the environment on a macro scale? The Alliance recently announced new leadership to help it take those next steps. Allen Hershkowitz, formerly of NRDC, was named president and Justin Zeulner, formerly of Vulcan, Inc. and the Portland Trail Blazers, became the new COO. GSB recently sat down with Zeulner for a wide-ranging interview to answer the simple question: “Where does the Green Sports Alliance go next?”

Lew Blaustein: First of all, congratulations, Justin, on the new role at the Alliance. You must be very excited.

Justin Zeulner: No doubt about it. Allen and I both are excited about where the Alliance has come from since 2010 and, especially, about where it will go moving forward.

Blaustein: Both Allen and you have been integral parts of the Alliance since the beginning, right?

Zeulner: Yes. I like to say we melded the best of the non-profit and business worlds in the service of green sports. Allen, as part of the Natural Resources Defense Council, brought the experience and credibility of one of the world’s leading environmental non-profits into the forefront of the Green Sports movement at the Alliance’s birth. And I represented one of the foremost capitalists and philanthropists of the modern era, Paul G. Allen (co-founder of Microsoft, owner of the NFL’s Seattle Seahawks and Portland Trail Blazers of the NBA) on the Alliance Board as part of his consulting company, Vulcan. The NRDC and founding teams put up the bulk of the funding at the outset to get an independent non-profit moving back five to six years ago and off we went.

Blaustein: What is your background?

Zeulner: I’ve worked for the past 15 years or so in a variety of sustainability and venue operations roles for the Trail Blazers, Seahawks and Vulcan, Inc. That includes working to mitigate and minimize the environmental impacts of the stadia and arena, engaging partners and non-profits in those efforts and also trying to influence the politics of sustainability through sports.

Zeulner: You bet. And we’ve tried to bring the successes and best practices we’ve experienced in Seattle and Portland to the rest of the sports world via the Alliance.

Blaustein: How do you think it’s gone to this point?

Zeulner: I would answer this question two ways. First, the journey has been incredible thus far and we are on the verge of a global movement. This is amazing. Another answer to this question would be that we haven’t gone far enough. I mean, in the macro sense, the world and especially the U.S. have been largely stuck the last three decades or so on climate change, right? Muddling through in terms of the belief that’s it real, that it’s human caused and that we have to do something about it. (A current study from Yale shows that 63 percent of Americans think climate change is real but 37 percent think it’s not or are unsure, and the “think it’s not” number is, sadly, increasing.)

Our organizing principle is that sports is so iconic, so pervasive, so full of passion that if we can engage fans in green behaviors and attitudes, we can help change overall attitudes and behaviors about climate change. And that’s why Allen and I each left great organizations, with their full support, to help lead the Alliance to, in turn, help the sports world move the world forward on environmental and ecological issues wherever possible. 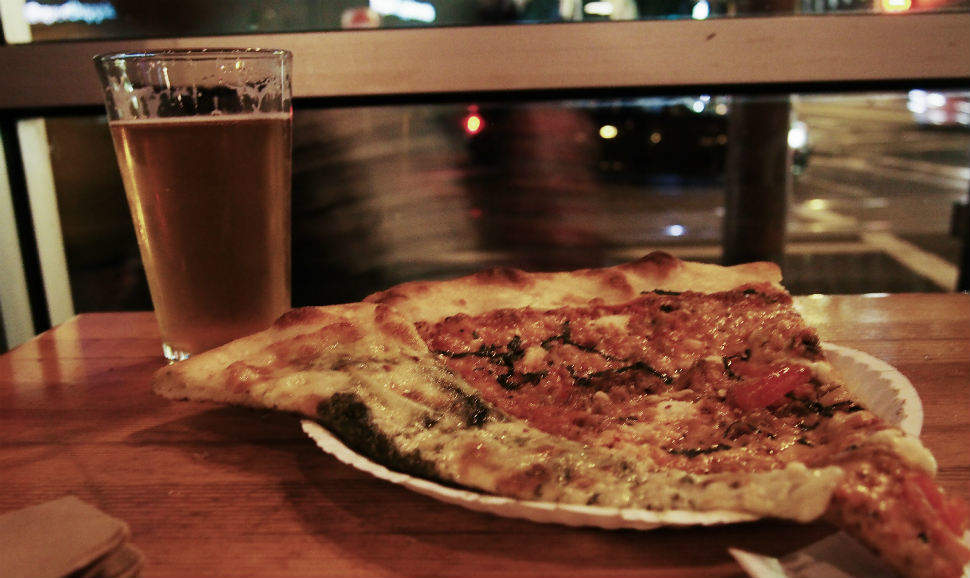 95 percent of the Moda Center's food is organic and/or locally sourced, such as pizza from popular Portland restaurant Sizzle Pie.

Zeulner: Absolutely. Whether it was Jackie Robinson in 1947 and civil rights, Billie Jean King in the '70s and equal rights or Michael Sam this year with gay rights, sports has often taken a leading role in social change. In perhaps a less dramatic way, that’s what the Alliance will look to do with the environmental movement going forward.

Blaustein: Let’s talk specifics: How does the Alliance plan to turn that goal into a reality?

1. Industry operations. Which is what the Alliance has mainly focused on to this point. Greening the venues, from stadium construction to recycling and composting. From access to mass transit to energy efficiency. We will continue to pursue and encourage best practices in this arena.

2. Supply chain. The Alliance can be a conduit to connect venues and teams to the greenest vendors from the beginning to the end of the supply chain. This can have a massive impact. And the thing is, teams and leagues are asking us for this.

3. And last but not least, fan engagement …

Blaustein: Fan engagement is the Holy Grail of green sports. How will that work?

Zeulner: We will develop templates for green fan engagement programs and green sponsorships that we will share with teams and leagues. And the goal is to change macro behavior. How can we help teams and leagues incentivize fans to take action on recycling, composting, use mass transit, etc.? Our approach will be more systemic, bigger and scalable.

Blaustein: What kind of new programs and initiatives can we expect to see?

Zeulner: We will continue to engage the sports industry to 1) protect species, 2) preserve natural resources and 3) enhance our communities and public health. One way we will do this is through a food report, due out early next year. What are the environmental impacts of food in the sports business? How can the industry enact dramatic change to lessen those impacts? This report will educate the industry about food.

Blaustein: You have firsthand experience with greening of arena food service with the Blazers, right?

Zeulner: Yes. 95 percent of food served at the Moda Center in Portland is organic and/or locally sourced. The team encourages the community to do the same and that helps local farmers.

Blaustein: Beyond food, what other new initiatives are on the drawing board? 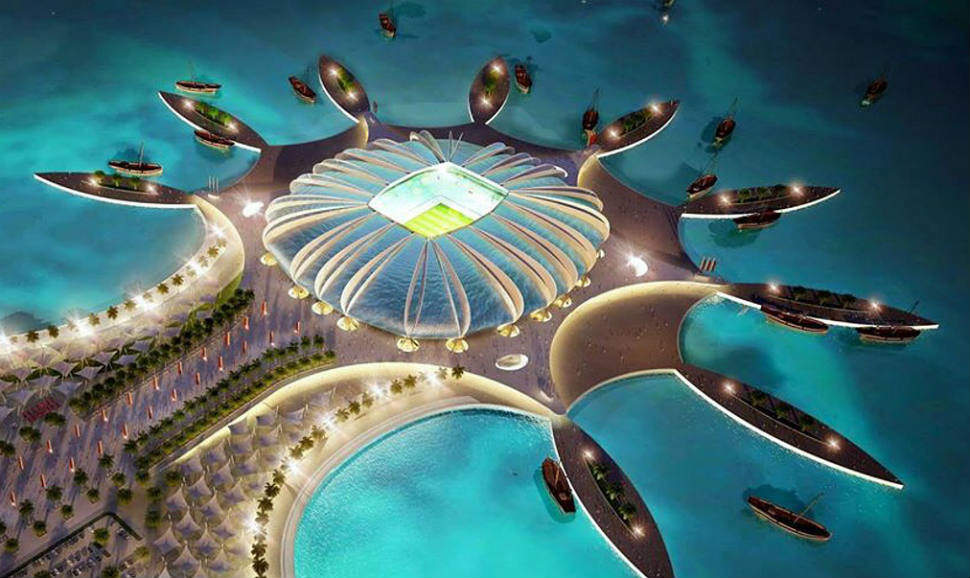 GSA is consulting with Doha, Qatar, on making the 2022 FIFA World Cup a green event.

Blaustein: That is a big agenda. Now that you’ve set a plan for what you are going to do, what new audiences does the Alliance plan to reach?

Zeulner: College sports is one area where we see tremendous potential growth. In fact, we are excited to have Alice Henly join the Alliance. She worked with Allen at NRDC and is as well versed as anyone on the greening of college athletics.

The Alliance will also look to grow internationally. Right now we’re in 13 countries, with plans to expand into Brazil, Australia and the United Kingdom. We’re beginning to consult with Doha, Qatar, on the greening of the 2022 FIFA World Cup.

Blaustein: That will be a tall and controversial order.

Zeulner: You’re right. Our position is: If the Alliance can help Qatar put on a groundbreaking, sustainable World Cup, we will.

Blaustein: Any other new target groups?

Zeulner: There’s one more — and it’s a big one: corporate membership. We’ve been asked by a number of corporations about membership. The leagues are supportive. We will likely have an announcement about this at the Green Sports Alliance Summit in Chicago next June.

Blaustein: I’m glad you mentioned the Summit. What will be the theme next year?

Zeulner: Not surprisingly perhaps, it will be fan engagement.

From Portland to Stanford, greening sports stadiums one bag at a time