The search for sustainable alternatives to hard-to-recycle coffee and tea cartridges.

Much has been written about the many millions of partially used bars of soap and amenity bottles disposed of each year. Thanks to Clean the World and other nonprofits, a sizable amount of that waste is being repurposed.

But what about K-cups, those little single-serve beverage (mostly coffee) pods used in Keurig Green Mountain brewers? According to research by data firm NPD Group, 40 percent of Canadian homes have a single-serving coffee brewer. In the United States that number is closer to 30 percent.

An estimated 20 billion K-Cups will be consumed in 2015. Many of those will reach the landfill by way of a hotel guestroom, lobby or breakfast area. 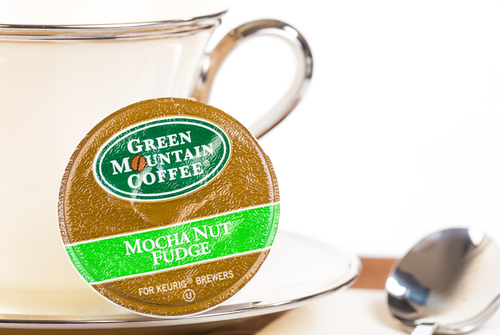 With such a steady flow of waste to the landfill — not only the cups but their contents, filters and lids as well — what can a hotelier do to address it? One step is to explore alternatives to the non-recyclable polystyrene cups.

Waterbury, Vermont-based Keurig, which chose not to be interviewed for this article, said on its website that it has committed to making 100 percent of its K-Cup packs recyclable by 2020. By then, its K-Cup packs will be made from polypropylene No. 5 plastic.

Keurig said it will take until 2020 to reach its goal because it wants to make sure that its cups effectively can be recycled in most community programs. Keurig’s aim is to also encourage long-term end-market demand for recycled material, which will create buyers for the material recyclers collect.

As it works toward 2020, Keurig is offering a Grounds to Grow On program. It allows customers in the United States to collect used K-Cup packs and return them to Keurig’s disposal partner for composting and energy-from-waste processing. The program is available throughout the United States, except for Alaska and Hawaii.

While millions of customers wait for Keurig to make K-Cup recycling easier, a number of companies already offer or are developing eco-friendy versions of the K-Cup — sometimes known as a “kup.”

Intelligent Blends, San Diego, anticipating the 2013 expiration of the K-Cup patent, developed and is offering a recyclable k cup made from a blend of No. 5 recyclable polypropylene along with other eco-friendly materials. According to John Lenz, president of the Hotel Division of Intelligent Blends, the cups feature a moisture/oxygen barrier that is up to 10 times less permeable than typical polystyrene cups.

“Our cups have a longer shelf life than a typical cup,” Lenz said.

Since introducing its version of the cups in March 2014, Intelligent Blends has packed millions of cups for brands and roasters all over the United States and abroad. Lenz said his company’s product does not cost more than K-Cups and the single-serve containers of everything from coffee to apple cider to energy drinks can be privately labeled.

Like Keurig, Intelligent Blends has consulted with experts regarding issues around product recyclability. A representative of Waste Management, Inc. told Intelligent Blends that its recyclable cups can be placed in recycling bins for recycling — even with the peel-off lid, biodegradable filter and contents.

One Intelligent Blends customer, The Ranch at Laguna Beach in Laguna Beach, California, has plans to place display mat signage close to its single-serve coffee brewers to inform guests that they can place their cups in a container provided by the property. The signage explains that coffee grounds will be composted to be used in the Harvest Garden at the hotel. Intelligent Blends is providing the signage.

While Intelligent Blends already offers a greener alternative to the K-Cup, G-Kup’s launch of its compostable product line is still months away. According to the Vancouver, B.C.-based company, it just recently closed on its initial seed round of funding.

“We are excited to have closed our first round of funding,” said Darren Footz, CEO of G-Kup, in a press release about the G-Kup. “We now have the team, capital and production facility in place to execute on our next phase of plans, which includes the commercial production of the G-Kup later this year. As a contract manufacturer, we believe we can meet the demand from major brands and independent roasters interested in utilizing the G-Kup for their coffee.”

The design of the G-Kup allows for more volume of coffee than conventional rigid or soft bottom single serve pods (15 percent more coffee per pod).

Canadian coffee roaster Club Coffee announced earlier this year that its new PurPod100 will be available this fall. The single-serve beverage pod will be 100 percent compostable. The ring of the pod is made using coffee chaff — the skin of the coffee bean that comes off during the roasting process.

Every single part of the PurPod100 is designed to be digestible by, and accessible for, bacteria. The PurPod100, which will break down fully in commercial composting facilities, was developed in conjunction with international experts and scientists at the University of Guelph (Ontario).

This month AP Plastics Inc. is rolling out its newest single-cup displays for hotel rooms. The k-cup holders will be part of the company’s Guest Room Single Cup Display System.