"I’m using everything now," said Samuel Gachau Kimani, showing off the biogas digester on his farm in Kirura, Kenya, north of Nairobi. Kimani bought the system about a year ago from Sistema Biobolsa, a start-up committed to creating value from waste.

The cow dung he puts into the digester produces gas for home cooking, and the remaining slurry, becomes fertilizer for his coffee plants, which produce prize-winning beans that are processed by a local cooperative, bought by coffee roasters and sipped by latte lovers in coffee bars on the other side of the world. The biogas system is an asset to Kimani and his family: The investment already has been paid back, and it has made cooking a lot easier and safer. It’s also a great example of the circular economy.

A concept of growing interest in developed countries, a circular economy keeps resources in use for as long as possible, extracts maximum value from them while in use and recovers and regenerates products and materials after they have served their use. It stands in contrast to the linear economy trajectory of "make, use, dispose." In a perfectly circular economy, waste from one part of the system becomes food for another.

Repairing is part of the DNA of developing countries.

But while Kimani has invested in maintaining this closed circle, there is plenty of temptation for rural farmers in growing economies such as Kenya’s to break the circle open.

"There’s nothing else we can do with these plastics," Kimani said, pointing at the empty container of cooking fat lying on the ground.

Nothing else other than burning them, that is. A lack of recycling options for plastics is just one of many barriers and disincentives people such as Kimani are faced with when it comes to maintaining closed circles in the face of economic development. To maximize short-term profits, some farmers deplete their soils of nutrients faster than they regenerate, causing long-term damage to the environment. Or they can use non-selective pesticides that not only kill weeds but lots of ecosystem-stabilizing organisms as well.

On the green fields of Kirura, circularity has been the default for generations. Whether out of respect for nature, religion or lack of alternatives, people in the village long have limited their use of natural resources. Elders would use proverbs, totems and taboos to govern the harvest of firewood, safeguarding certain trees that were deemed to play a crucial role in maintaining the local ecosystem. In the local Kikuyu language: Mutitu uri ngoro ndunagwo ngu igathira: "A forest that has a heart is never depleted or destroyed as we fetch firewood." They also have been recycling or repairing what they have. One would not be surprised to see an entire Maasai community walk on sandals recycled from motorcycle tires.

As Ibrahim Thiaw, deputy executive director for U.N. Environment, said at the 2017 World Circular Economy Forum, "Repairing is part of the DNA of developing countries."

When circular economies such as Kirura start to develop, however, that focus on making the most of everything can fade. With development, new forces come into play. New inputs become available, often without a corresponding use for new waste streams.

Small-scale solar power for pumping irrigation water is spreading rapidly thanks to pay-as-you-go systems set up by social entrepreneurs.

People have more money to spend and may prefer imported clothing over local recycled fabric. Populations grow rapidly and energy demands outstrip what local forests have to offer in terms of sustainably harvested firewood. Many development projects contribute to these effects, but few incorporate measures to deal with the consequences.

The late Kenyan environmentalist and Nobel Peace Prize winner Wangari Maathai wrote in her book "Unbowed" that when the Europeans entered Kenya in the late 19th century and introduced new methods to exploit natural resources, "within two generations, landscapes lost their sacredness and people accepted destruction as a sign of progress."

This destruction for short-term gains can have a deleterious effect on the long-term prosperity of a village, depriving future generations of precious natural resources and causing health issues for humans and animals. It also can cause problems outside the village — for instance, through mudslides on the hills of cleared forests reaching the next village, or through the plastics that eventually end up in fish served around the world.

How can farmers maintain and restore circularity and avoid destruction as they improve their operations? For farmers in developing countries such as Kimani, there are lots of opportunities for maintaining circularity on their fields while enhancing their business.

Farmers can adopt conservation agriculture, using crop rotations, minimizing disturbance of the soil and leaving plant materials on the field to reduce evaporation and weed growth. Close to urban areas, farmers are increasingly reusing wastewater to irrigate their plants. And small-scale solar power for pumping irrigation water is spreading rapidly thanks to pay-as-you-go systems set up by social entrepreneurs.

Even as they work to incorporate circular principles into their practice, farmers can keep a constant eye on opportunities to do even more.

And, even as they work to incorporate circular principles into their practice, farmers can keep a constant eye on opportunities to do even more.

"There are still efficiency improvements to be made," said Livingstone Karugo, a technician for Sistema, talking about Kimani’s biogas installation. One improvement would be to capture the effluent from the biogas digester and apply it as fertilizer to the coffee plants with precision, rather than letting it flow through furrows into the field. 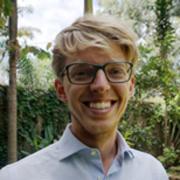 See all by Guido Rutten