We at Bright Green Talent recently surveyed 430 jobseekers who are interested in moving into the green sector.

Here are some of the more striking results:

• 50 percent of respondents are currently unemployed

• 61 percent have a master's degree or a doctorate


With all the talk about green collar workers (blue collar jobs in the green economy) and the stimulus money that has been allocated to green workforce development, little attention has been paid to the demographic in this survey: highly qualified, well-educated people who are willing and ready to move into the green sector.

So what's the hold up? What are the challenges they're facing as they try to channel their skills and background towards the green sector?

Beyond the 69 percent who say there just aren't enough green jobs (because, realistically, there aren't enough of any kind of job right now, with unemployment rates at over 9 percent nationally), 41 percent of our respondents said they don't have the proper training and 33 percent said they just don't know where to look.

What this illuminates is a basic need for training programs and clear direction for jobseekers on how and where to find green jobs. In fact, this only reinforces our own anecdotal understanding of the state of affairs -- people come to us at Bright Green Talent every day for advice on how they can get into a sector that's increasingly seeming like a mirage. Of late, there's more frustration in their voices, and people are wondering if all these green jobs evangelists are really just snake oil salesmen.

But after two years in this space, we remain confident that the jobs are not an illusion -- if they were, we'd pack up shop and head elsewhere rather than leading people on.

The immense sense of hope and optimism hung upon green jobs was multiplied exponentially by the state of the economy and soaring unemployment rates.

Yes, the sector is still growing even despite the economy (confirmed by a recent Pew report) and green companies are hiring, but not at a rate that can keep pace with the demand created from hundreds of thousands of people that have suddenly flooded into the sector.

The takeaways? Our same old line: There might not be a green job for you right now, but in six months or a year, when the dust settles from the economic collapse, there will be. The stepping stone in between, and how you'll succeed in separating yourself from the crowd when that time comes, is training and preparation.

Bright Green Talent and some of our partners are working on creating and facilitating training to help you get on the right path. In the meantime, there are lots of great resources to help you learn and network as we all ride out the storm. Hang in there -- opportunity and a clean, prosperous future are waiting on the other side.

Carolyn Mansfield is the community engagement associate at Bright Green Talent, which helps connect people with green jobs around the world. 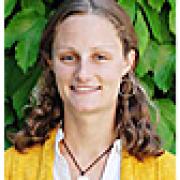 How Green Companies Can Clean Up Their Hiring Processes

See all by Carolyn Mansfield