Editor’s note: This essay was contributed by one of the NGOs that make up the Renewable Energy Buyers Alliance (REBA), a consortium dedicated to growing large buyer demand for renewable power and helping utilities and others meet it. You can find the other articles here. REBA’s next annual summit will be Oct. 14-16 in Oakland, California ahead of VERGE 18.

The clean energy revolution has taken off in the United States — led in no small part by large companies, cities, universities, health care systems and others who are voluntarily buying large amounts of renewable energy. Policy will be critical to meet the growing demand for renewable energy at the scale needed.

Corporate giants Google, General Motors, Procter & Gamble and Walmart are leading the charge. They are doing so because renewable energy saves money, reduces energy price volatility and helps them meet their increasingly ambitious climate and energy goals. Since 2013, corporate buyers have contracted for more than 13 gigawatts of utility-scale wind and solar, the emissions equivalent of more than 6 million cars. It’s a decent start to meet the Renewable Energy Buyers Alliance (REBA)’s goal for large buyers to deploy 60 GWs of renewable energy by 2025, which would add 50 percent more renewable electricity capacity in the United States than what exists today.

But we still have a problem. Adding 3-4 GW of renewable energy to the grid each year won’t transform the energy sector at the speed and scale needed to avoid the worst impacts of climate change, nor will it meet the scale of buyer demand. Only 60 large buyers have been able to sign contracts for utility-scale renewables so far. What’s holding back the tide?

State-level policy, for one thing. State energy policies, created for an earlier era, haven’t caught up with the new technologies and needs of buyers to offer universal access to cheaper, cleaner renewable power options. A lot of buyers can’t get access to the renewable energy they want, or if they can, it’s overly complicated.

Corporate voices are needed to ensure that the energy system delivers benefits that expand access to renewables for a wide range of customers.

State policies affect nearly every aspect of procuring renewable energy: who can buy and access it, where it can be built, how much can be bought and what it costs.

Corporate and institutional buyers — from multinationals, cities and flagship universities to health care campuses and small colleges — all want to source renewable energy. But these buyers need a range of renewable electricity options that are easy to procure, cost-competitive and available for large and small buyers alike.

Fortunately, there are places where their voices are being heard.

Take Virginia. In 2018, the state passed a sweeping grid modernization bill that put 5 GW of renewable energy squarely in the public interest — enough to power more than a million Virginia homes a year — and making it easier to invest in these projects. This would not have been possible without years of groundwork being laid by large energy buyers voicing their support for renewable energy, engaging directly with policymakers, utilities and regulators in the state and submitting multiple letters across 35 companies and universities. These buyers made it clear that access to renewable energy would influence their business decisions: where to site new operations and how they will continue to attract customers, employees and students alike to the state.

In Michigan, home of some of America’s iconic automakers, large energy buyers have been working closely with the state’s major regulated utilities to meet their demand for cost-competitive renewable electricity.

After state policy mandated the large utilities offer renewable energy tariffs (often called a "green tariff"), GM and Switch worked collaboratively with Consumers Energy to craft a green tariff that worked for all involved, including other large customers. Rob Threlkeld, GM’s global manager of renewable energy, said, "We advocate for new approaches that not only open opportunities for GM to access to renewable energy, but also for others to as well."

Voices such as those of GM and Switch are needed to ensure that the energy system delivers benefits that expand access to renewables for a wide range of customers.

As Steve Chriss, Walmart’s director of energy and strategy analysis, put it, "In many jurisdictions, energy policy directly determines whether a customer has access to buy renewable energy. Engaging on policy to create pathways for any consumer of any size to buy renewable energy is critical to meeting the 60 GW goal that REBA members have set.”

Large buyers have the power to drive systemic changes in our electricity system by raising their voices and taking the time to educate policymakers on why they want more renewable energy options, as they did in Virginia and Michigan. The secret of these successes was large companies and universities telling their stories and using the power of their brands to catalyze change. The more these buyers lead the charge with policymakers and utilities about how they need low-cost, clean energy, the faster we will arrive at a prosperous future powered by renewable energy. 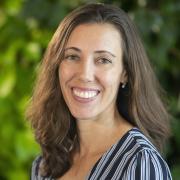 See all by Bryn Baker