The upscale Kimpton hotels are pursuing Green Seal certification for their 50 properties and are already within reach of attaining the goal.

Several hotel companies are greening properties, developing green design prototypes for new construction or establishing a green brand. Kimpton Hotels & Restaurants notes, however, that is it the first lifestyle boutique hotel operation in the U.S. to pursue green certification companywide for all properties -- existing buildings and new construction.

The firm announced its plan this week to seek third-party certification from Green Seal. 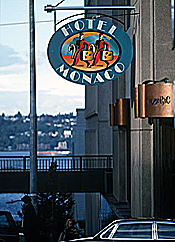 {related_content}Kimpton's sustainability efforts began almost 30 years ago and now include more than 80 environmental best practices that form the core of the company's EarthCare program.

Launched in 2005 as a national program for the firm, EarthCare covers practices for guest rooms, the front office and back of the house, including energy efficiency, waste management and recycling, cleaning and purchasing.

Putting those practices in action helped put the company on track with its Green Seal goal. (See Caitlin Dorsey's post for GreenBiz.com about Green Seal and the challenges faced by small restaurants.) 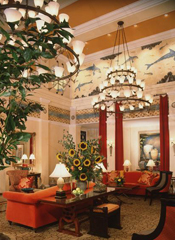 He also praised the company for seeking certification for all its properties. "We congratulate the Kimpton hotels on committing to such an ambitious goal," Weissman said in a prepared statement.

The principles of Kimpton's EarthCare program are also seen in its practice of restoring historic buildings and giving them new life as luxury hotels.

Eight of the company's hotels are examples of adaptive reuse and five are among those that have already received Green Seal certification: The Hotel Burnham in Chicago was part of the 19th century Reliance Building; the Hotel Monaco in Washington, D.C., was the district's General Post Office; the Argonaut in San Francisco was the Haslett Warehouse, part of the former Del Monte Company Cannery; the Monaco in Portland, Ore., was the Lipman Wolfe Department Store; and the Monaco in Salt Lake City was the Continental Bank Building.

Here is the full list of Kimpton properties that have earned Green Seal certification:

Images of The George and The Monaco Seattle courtesy of Kimpton Hotels & Restaurants.