"This would start with the car that you drive and the energy that you use to charge it, and would extend to how everything else in your home or business is powered,” Tesla proclaimed when disclosing its friendly bid.

Its pitch is one-stop shopping for an electric vehicle, plus solar panels to keep its batteries charged off the grid, along with additional energy storage technology to stockpile additional power for when the sun isn’t shining. While Tesla talks up the residential market implications most explicitly, a combined company also would be able to offer integrated clean energy solutions for industrial or commercial applications as well, including generating technologies and energy storage along with financing and installation services. 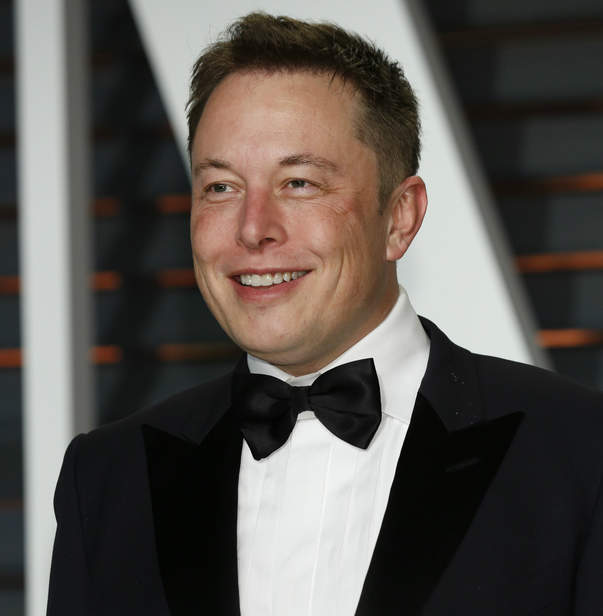 "For some investors, the opportunity to invest in what Musk claims to be the 'world’s only vertically integrated energy company offering end-to-end clean energy products' could hold appeal," noted Bloomberg New Energy Finance (BNEF) senior analyst Nathan Serota, in his commentary about the deal.

"While there have been questions raised about the complex web of financial interrelationships between Musk’s three main ventures — Tesla, SolarCity and Space X — this merger has the advantage of potentially bringing clarity as the first two entities would operate under the same corporate structure and be included in the same quarterly SEC filings."

In comments made early Wednesday, Musk predicted that the combined company eventually could earn a market capitalization of $1 trillion.

The offer itself comes at a premium. The proposal would swap a fraction of a Tesla share for each SolarCity one, representing an offer of about $26.50 to $28.50. The final price will be calculated using a formula based on Telsa’s closing price Tuesday ($219.61 per share) and the volume-weighted average price of Tesla shares over a five-day trading period.

The early reaction from Tesla investors and analysts was markedly unfavorable, replete with downgrade ratings and warnings from Wall Street commentators. The company’s stock slipped more than 7 percent in the first hours after the news broke.

For some investors, the opportunity to invest in what Musk claims to be the 'world’s only vertically integrated energy company offering end-to-end clean energy products' could hold appeal.

Noted Morgan Stanley analyst Adam Jones in his research note: "While the company may be able to make a strategic case for the acquisition of SolarCity on the grounds of technological and business model adjacencies between clean transport and clean energy, we would ask what Tesla investors are getting that fundamentally enhances the investor opportunity inherent in Tesla shares."

Elon Musk actually recused himself from the Tesla board vote that greenlighted his company’s offer. Not only does he own a substantial stake in both companies, two of his first cousins run SolarCity, CEO Lyndon Rive and CTO Peter Rive, which is raising eyebrows.

In contrast to the Tesla naysayers, the market’s response to the unsolicited offer for SolarCity was mostly positive. Things have been rough for several high-profile companies focused on residential solar — forcing high-flying SunEdison to file for bankruptcy.

SolarCity has been struggling with a plan to expand its manufacturing capabilities, as well as shifting state policies that have made the solar leasing and ownership proposition less appealing to some home owners and businesses. It doesn’t help that solar installation rates remain "stubbornly high," noted Bloomberg’s Serota. 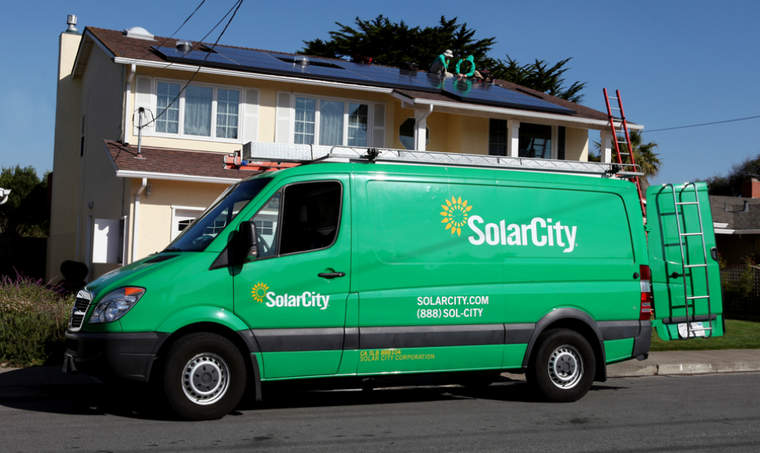 ShutterstockJennie Book
<p>A SolarCity van in front of a home in Half Moon Bay, California, in 2013.</p>

Its stock has lost almost 60 percent of its value this year, but news of the deal gave its shares an initial boost of 15 percent. The stock was trading around $23 at midday Wednesday, up almost 9 percent.

The case for a combination

So, does the deal make sense from a strategic standpoint? Serota said there are definitely product "synergies," and the two companies are already close partners. For example, consumers and businesses that are inclined to purchase electric cars are more likely to install rooftop solar systems.

Right now, energy storage technology is a "bit player" in the residential market, Serota said, estimating the total installed base of Powerwall systems installed by SolarCity at around 340 units. But a growing number of businesses are interested in installing energy storage as a hedge against outages and to gain more control over pricing.

San Francisco-based Advanced Microgrid Solutions, for example, is using Tesla batteries as a source of backup power for buildings in Irvine, California. "This helps provide response without inconveniencing tenants," said CEO Susan Kennedy. "If you size it large enough, batteries are a way to make money at demand response."

The cultures of both companies are driven by a 'mission of sustainability, innovation and overcoming any challenges that stand in the way of progress.'

Here’s Musk’s case for the combination:

This is far from a done deal. Tesla is carrying almost $3.2 billion in debt, and the addition of SolarCity would push that total to a whopping $5.8 billion, noted BNEF analyst Serota in his analysis. It’s also unclear as to how the transaction would be financed.

One thing that is clear, the combined company would have much to lose — or gain. "For the clean energy sector as a whole, the stakes will go up as the success/failure of Tesla/SolarCity will reflect not just on electric vehicles or on solar, but on the entire idea of a new, clean energy economy," Serota said in his research note.