Large-scale U.S. solar could get ugly, at least to some

If the United States and the world community hope to avoid the worst effects of climate change, solar power will have to play a pivotal role in electricity production. The technology is quickly maturing, and the price of solar panels has plummeted to the point where new utility-scale solar installations are a sound investment, cheaper than new coal plants and frequently competitive with natural gas. In 2014, solar power accounted for almost one-third of all new U.S. electric generating capacity. If the right policies are adopted, solar power could be the leading source of electricity worldwide by 2050, according to the International Energy Agency (PDF).

As the adoption of solar power goes mainstream, the challenge now is finding enough space to harness the sun’s energy. For solar power to cut substantially into our reliance on fossil fuels, major solar projects will have to be built on a noticeable portion of the landscape. There inevitably will be environmental impacts. Already, large-scale solar projects have created unexpected and unsettling fault lines within the American environmental movement — conflicts that will have to be resolved with creativity and compromise if we are to wean ourselves off fossil fuels.

In one camp are those who see solar power as a noble use of our non-urban land, even if that means encroaching on farms and natural areas. The alternative, they say, is runaway global warming caused by the continued burning of carbon-based fuels — a far worse outcome than the construction of industrial-scale solar projects. This group makes the same argument for the widespread deployment of wind turbines.

Others see sprawling solar projects as blights on the landscape and threats to wildlife. Their concerns about protecting vulnerable species and natural open spaces have deep roots in the American conservation movement, and they cannot be discounted. But the danger is that they underestimate the devastation likely to be caused by climate change and overestimate the energy that can be generated from solar panels on rooftops and on smaller parcels of urban and industrial land.

To supply all of America’s electricity from the sun, solar installations would have to occupy 0.6 percent of total land area.

The United States is blessed with a vast reservoir of open spaces, but we are also burdened by an ideological and aesthetic aversion to seeing those open spaces encroached upon. In Europe, clean energy proponents tend to encounter a more pragmatic public response that allows for integrating wind farms and solar fields into landscapes that often have been affected by human activities for centuries or even millennia. Widespread acceptance of offshore wind farms across much of Northern Europe reflects this more tolerant regard for large-scale renewable energy facilities, in contrast to the diehard resistance that U.S. offshore wind proposals have encountered.

To supply all of America’s electricity from the sun, the National Renewable Energy Laboratory (NREL) estimates that solar installations would have to occupy about 0.6 percent of the country’s total land area. That’s equivalent to less than 2 percent of U.S. land now in crop production, but it’s still a big stretch of terrain, almost the size of West Virginia. While this is far more solar than a balanced renewable energy economy would require, it is a useful gauge of solar power’s land needs.

Roughly one-fifth of our total power supply (PDF) could come from rooftop solar arrays, NREL said. Additional solar electricity can be tapped at "brownfield" sites — abandoned and often-polluted industrial properties that are not suitable for residential or commercial use. Brownfield solar projects are being developed in many parts of the country, but these sites are often costly to convert and have a hard time competing with larger solar projects on less encumbered lands.

One key step is to favor farmland over undeveloped open spaces when siting large solar projects.

Construction of utility-scale solar facilities has soared since 2010, accounting for almost two-thirds of all newly installed photovoltaic capacity in 2014. A big reason for this is the much lower cost of building these projects: In the first quarter of 2015, utility-scale power plants based on photovoltaics (PV) cost less than half as much per installed watt as residential rooftop PV, and 29 percent less than solar power installed on commercial buildings.

But unless Congress extends the federal investment tax credit for solar power beyond 2016, commercial and utility-scale projects that now enjoy a 30 percent credit will face a much lower 10 percent credit, and the residential solar tax credit will be eliminated entirely. Under those circumstances, utility-scale solar power may have a tough time competing with new natural gas plants, although the cost advantage of utility-scale solar projects over smaller installations is likely to persist.

As its advocates note, solar power produces none of the climate-altering carbon emissions or health-endangering air pollutants of coal or natural gas, and none of the hazards associated with nuclear power. Utility-scale solar projects do, however, occupy hundreds and sometimes thousands of acres. Fortunately, recent experience demonstrates that large-scale solar power can be developed in a manner that minimizes damage to the environment.

One important step is to favor farmland over undeveloped open spaces when siting large solar projects. No agricultural area may be better suited than California’s drought-stricken Central Valley. Building big solar projects there could be a double win, amping up the state’s supply of renewable energy while introducing a dry energy crop in place of the water-hungry cotton fields and sod plantations that farmers no longer have enough water to irrigate.

There are many other parts of the country where photovoltaic panels may be the highest and best use of agricultural land, especially on fields that lie fallow or depend on government support to remain in cultivation. Large solar projects already have been built on farmland in states as varied as Arizona (PDF), Minnesota and North Carolina.

In some states, the same not-in-my-backyard reaction that has stymied a number of wind farm proposals is now plaguing solar energy developers. Upscale suburbanites in Bedminster, New Jersey, are waging a war of attrition against a solar plant that has been proposed for a moribund farm near their homes. Photovoltaic arrays will be a visual blight on a cherished agrarian landscape, some residents claim. The Bedminster parcel was long ago rezoned for 10-acre country mansions, which neighbors have declared they would rather look at than a solar plant — despite the developer’s claims that the proposed solar arrays would be screened by a grassy berm and natural foliage. While visual aesthetics have fueled this particular battle, New Jersey’s strong farmland preservation policy is likely to deter the widespread adoption of solar power in other, more actively farmed parts of the state.

Tensions can run equally high when solar projects are proposed for natural areas, such as the patch of New Jersey forest where Six Flags Great Adventure has sought to build a solar farm. Those who object to this 90-acre project apparently give little thought to the 1.4 million acres of mountains and forests that mountaintop removal coal mining in Appalachia will have destroyed by 2020. They are focused on concerns closer to home.

But solutions to the green energy and land conservation conflict can be found. In a number of places, solar developers have anticipated conservationists’ concerns by paying meticulous attention to wildlife and habitat protection. The Moapa Band of Paiutes in southern Nevada set a strong example when the tribe created a separate, 6,000-acre conservation area for 75 desert tortoises found on a 2000-acre site it had selected for solar development. This 250-megawatt project, slated for completion in June, will sell its output to the Los Angeles Department of Water and Power, supplying the electricity needs of 100,000 households. Today the tribe is well along with the planning of a second solar plant on a slightly smaller scale.

San Jose-based SunPower has been similarly vigilant in developing its California Valley Solar Ranch (PDF) on the semi-arid Carrizo Plain, sometimes referred to as California’s Serengeti. San Luis Obispo County officials (PDF) and a trio of national environmental organizations negotiated a rigorous set of environmental safeguards for the project. Before construction began, biologists hired by SunPower created new dens for the San Joaquin kit fox, temporary condos for giant kangaroo rats and wildlife corridors allowing pronghorn and Tule elk to pass easily through the solar fields. Solar arrays sit on 1,400 acres of land, producing enough power for 100,000 homes, and 12,000 additional acres have been set aside for conservation in perpetuity.

Thanks to the California Valley Solar Ranch and many other plants generating power from solar, wind, geothermal and other qualifying sources under the state’s Renewables Portfolio Standard, roughly one-fourth of California’s retail electricity (PDF) today comes from renewable energy. Under state law, investor-owned utilities and other electric service providers must supply 33 percent of their power from renewable sources by 2020, and if Gov. Jerry Brown has his way, half of California’s electricity will come from renewable energy by 2030.

To meet this ambitious goal, diverse groups are debating the governor’s Desert Renewable Energy Conservation Plan, which would devote roughly 177,000 acres of farmland and open spaces to clean energy projects and related transmission. Under the same plan, large stretches of the Mojave and Sonoran deserts would be dedicated to conservation and recreation.

This is just the kind of innovative problem-solving with public participation that can advance renewable energy on a large scale while protecting the environment.

Green energy advocates may have thought their most formidable foes would be defenders of the fossil fuel status quo. They hadn’t counted on so much friendly fire from traditional allies in the conservation community. But projects such as the Moapa Paiute installation and the California Valley Solar Ranch show that, done right, solar development can address habitat protection and wildlife concerns.

The truth, however, is that clean energy is not without costs, and decarbonizing our energy supply involves making tough choices. Wide swaths of terrain will be needed if we are to capture the sun’s vast energy potential. Figuring out a responsible way to install renewable energy projects on that land is vastly preferable to the alternative — a world under siege from climate change. 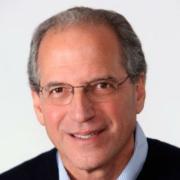 See all by Philip Warburg