As the city of Los Angeles invests an expected $40 billion to expand its transit systems, the city has a tremendous opportunity and responsibility to do so with a comprehensive, equitable, citywide plan for transit-oriented development (TOD).

This type of urban development aims for "smart growth" to encourage more compact environments, better walkability and greater use of public transit to help reduce vehicle miles traveled and pollution. But without proper planning, the city could fail to realize the full benefit of its transit investments and prevent unintended, but very real, negative consequences.

The ACT-LA coalition (of which the Natural Resources Defense Council, or NRDC, is a member) released a white paper (PDF) last week with recommendations for comprehensive, equitable TOD to help ensure that the city's new transit investments work for everyone — encouraging healthy lifestyles, lowering environmental impacts and driving economic opportunity that benefits all.

In Los Angeles, the primary users of public transit are low-income. Households earning less than $25,000 a year account for over three-quarters of workers who commute by public transit.

But transit investment often drives up housing costs near transit corridors, pushing out the core riders who use it most. This displacement has serious negative impacts on families and communities.

As Hanxi Zeng, a 17-year old junior at Downtown Magnets High School, explained, "If the city doesn't plan for affordable housing, then families like mine will get pushed out. Some of us will become homeless, while others will move farther east to Riverside or the Inland Empire, away from the services, schools, programs and the community that we've come to rely on."

Keeping core transit users near public transportation through smart planning is key to ensuring our $40 billion transportation investment and the goals of TOD are fully realized.

The Cornfield Arroyo Seco Specific Plan is an example of the kind of proactive urban planning needed for a more sustainable and equitable city. Building off this example, the ACT-LA's white paper recommends policies to:

"As the transit build out occurs and the city overhauls its zoning code, it's important to understand the real threat these forces impose on low-income communities that haven't been brought into the conversation," Boyle Heights resident Fanny Ortiz added. "The city needs to act aggressively to ensure that affordable housing for very low income families near transit is created, so that gentrification doesn't decimate entire communities."

The city of Los Angeles has a tremendous opportunity with its $40 billion transit investment to make this vision for a healthy, transit-accessible L.A. a reality. 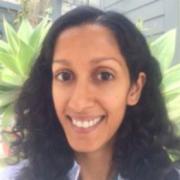 See all by Ramya Sivasubramanian