Laying the tracks for a renewably powered rail system

The following is an edited excerpt from "Solutionary Rail: A people-powered campaign to electrify America's railroads and open corridors to a clean energy future," by Bill Moyer, Patrick Mazza and the Solutionary Rail Team (Backbone Campaign, 2017).

Few industries are as well positioned as railroads to led a transition to an economy based on clean, renewable energy. Unlike other forms of heavy, long-haul transportation such as ships, planes and semi trucks, rail can be electrified, and electricity is increasingly coming from clean sources such as sun and wind. 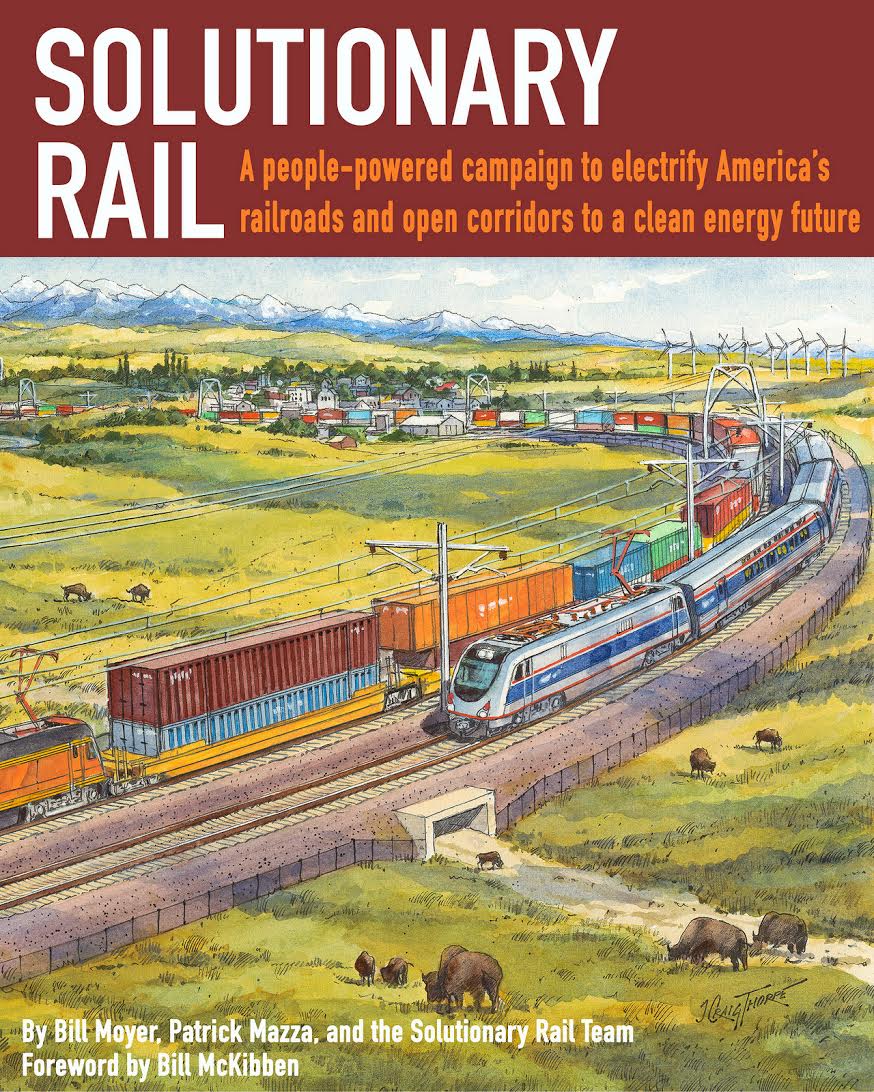 Already the most efficient form of ground transportation, rail has an unparalleled capacity to provide clean freight and passenger mobility. In 2013, when a fossil fuel boom was driving a dramatic increase in rail traffic, the Backbone Campaign assembled a national team of rail experts, economists and public interest advocates to develop a transition proposal for rail that would address the industry’s dependence on bulk coal and oil shipments.

Motivated by concerns caused by the cargo, ranging from climate disruption to public health and safety threats, the team’s goal was to provide economic transition options for rail and rail workers that would reduce reliance on fossil fuel transportation, and make rail itself an engine to build a clean energy economy. The team developed the Solutionary Rail strategy, building on a legacy created by rail electrification pioneer Gil Carmichael, who envisioned an electrification and modernization of the nation’s primary rail lines, and the advocacy groups he inspired, RAIL Solution and the Steel Interstate Coalition.

Today, fossil shipments have plummeted, the bust side of the equation makes the transition envisioned by Solutionary Rail even more urgently needed. The Solutionary Rail strategy centers on railroad electrification with renewable energy, accomplished in conjunction with a campaign of track modernization.

This will bring the U.S. the reliable, electrified, higher-speed service now common on public railroads in countries from Europe to Asia. In this strategy, existing mainline tracks are upgraded to accommodate speeds up to 125 mph. High-speed passenger rail that operates above 180 mph in Europe and Asia, and is being developed in California and the U.S. Northeast, generally requires its own dedicated tracks.

The more modest increase in speed envisioned by Solutionary Rail is the economically practical option for most U.S. lines because existing tracks can be upgraded without building new lines, and both freight and passenger trains can be accommodated on the same lines. Investing in an electrified, modernized rail network can begin to reduce dependence on bulk trains by making possible express mixed freight service and more competitive intercity passenger service.

Electrified rail can move the economy as a whole beyond reliance on fossil fuels. Not only can railroads provide new demand for renewable energy, they can also help increase the supply. Electrification infrastructure will require high-voltage transmission that can carry energy surplus to rail requirements. Railroad corridors could serve as electricity superhighways transmitting wind and solar energy from remote rural areas to metropolitan markets. With assured markets, utilities large and small could obtain renewable energy project financing that is currently unavailable.

Rail electrification offers many advantages for railroad operators including far lower fuel costs. Electricity costs significantly less than the diesel that now runs train engines. Electric locomotives are less expensive to operate, and have fewer moving parts than diesels. A British study cited in this publication puts savings at 35 percent compared to conventional rail. Drawn by these advantages, U.S. railroads have been exploring electrification, but high upfront costs pose a huge barrier. A rule of thumb is that electrification costs on average $2 million for a single-track mile and $2.5 million for a double-track mile.

To be economical, electrification must be done on a systemic basis in increments of at least 500 miles. That could represent a $1.25 billion investment. Railroads already devote a far larger portion of their revenues to capital investment than most U.S. industries. And unlike public railroads in countries with mass electrification, U.S. railroads must carry interest rates as private borrowers, and pay property taxes on improvements.. 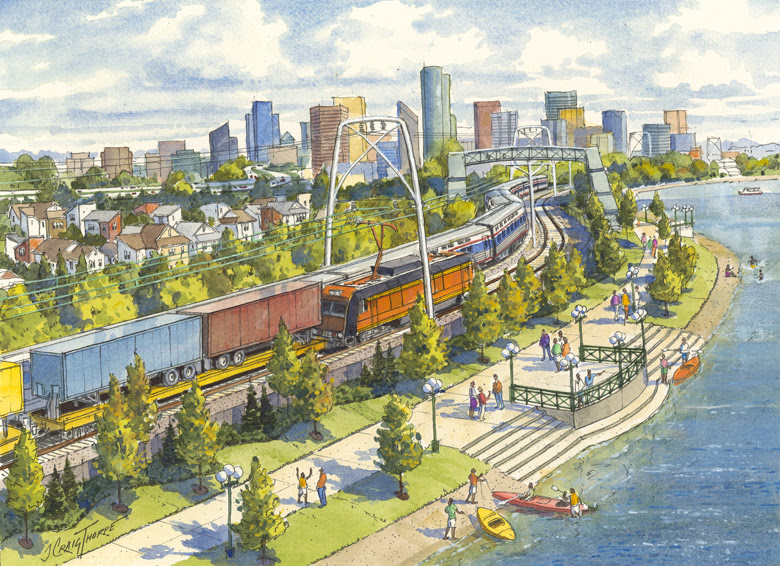 While these hurdles discourage modern rail electrification in the U.S., nations from Europe to Asia are making massive investments in publicly owned railroads. They are creating 21st century electrified rail that rapidly transports goods and people across nations. Electrified rail propels close to a quarter of global track mileage, but under 1 percent in the U.S.

Electrification is a major systems transformation that will require a large investment of public capital. The Solutionary Rail strategy proposes an innovative public financing mechanism, a Steel Interstate Development Authority (SIDA). Jointly created by states along main rail lines, a SIDA would leverage the ability of public agencies to raise low-cost public capital, and invest in rail electrification in partnership with railroads. Electrification infrastructure and potentially some tracks would be publicly owned. Public ownership would begin to restore the commons to our economy and society, reversing the privatization trend that has caused so much damage over recent decades.

Electrification and modernization of one main line by one of North America’s seven major railroads will demonstrate success and create competitive pressure that spurs adoption throughout the industry. Solutionary Rail would jumpstart U.S. rail electrification with a Northern Corridor demonstration on the BNSF Northern Transcon line from Seattle to Chicago, and connecting branches, altogether totaling around 4,400 track miles.

Priority would be on the Transcon, the major intermodal line carrying containers between the Northwest and Midwest, with branches electrified later. The Northern Corridor is an ideal candidate for such a demonstration. Running from the Midwest to the Northwest, the corridor is one of the world’s most important rail shipping corridors, a key link to Asia transporting containers and agricultural products. Amtrak’s Empire Builder operates on the Transcon and branches. Running across the Great Plains, Rockies and Cascades, the Northern Corridor lines face challenging weather conditions and topography. For all these reasons, Northern Corridor electrification represents a robust proof of concept for electrification of main lines across the nation.

Building new partnerships among the many interests needed to successfully reinvent rail can help bridge economic and social divides that have grown wider in recent decades.

A Northern Corridor demonstration would upgrade and add track to facilitate higher speeds, opening the way for express delivery of high-value freight and enhanced passenger service on intercity corridors in the Northwest and Midwest. It would also provide a market and potential transmission corridor for one of the world’s greatest, and currently under-developed, renewable energy resources, Great Plains wind. Added transmission could benefit BNSF owner Warren Buffett’s substantial investments in renewable energy. BNSF has already explored electrification along its lines in conjunction with transmission development, but has not moved forward because of capitalization challenges. Achieving a Northern Corridor demonstration will require a broad alliance including BNSF and Warren Buffett, governors and legislators of Northern Corridor states, state transportation agencies, railroad workers, corridor communities, tribal governments, agricultural interests, ports, major industries and shippers.

Building new partnerships among the many interests needed to successfully reinvent rail can help bridge economic and social divides that have grown wider in recent decades. We can re-create the place of the commons in American life by developing publicly owned rail electrification infrastructure, and building new partnerships among states, railroad companies, rail labor and rail-served communities. Solutionary Rail’s concept to jumpstart Northern Corridor rail electrification would provide phenomenal benefits to BNSF. It is fair that in return BNSF and Warren Buffett will build a new social contract with railroad workers as a model for improved labor relations across the United States. A fair deal for rail labor is an integral element of the Solutionary Rail vision. 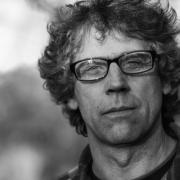 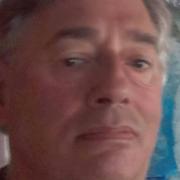 See all by Bill Moyer