Leading From the Middle: The Power of the Green Champion

When JCPenney enlisted the help of volunteer "energy captains" at each of its 1,000-plus retail stores, they were asked to be the eyes and ears on the ground to look for more ways to conserve energy and green their workplace.

Even though the Plano, Texas-based retailer has a formal energy team in place at the corporate level to carry out sustainability initiatives companywide, executives there wanted to tap the enthusiasm of green-minded employees who could work on energy-saving efforts on the front lines, explained Robert Keller, JCPenney's energy management and engineering services director.

"We have 100 million square feet of buildings and our employees had no idea how much we were spending on utility bills," Keller said. "Our energy captains helped communicate that cost to other employees and encouraged them to help find energy savings too."

JCPenney is among a growing number of businesses, both large and small, that are seeking out volunteer "green champions" among their workforce who are passionate about being green and want a role in making their workplace more environmentally friendly, according to sustainability consultants. Companies are tapping a wellspring of employees who may not sit on a green team or sustainability committee at their company, but are eager to roll up their sleeves and make pointed suggestions about reducing energy consumption, improving recycling efforts, or boosting water conservation.

In many instances, these recommendations translate into cost savings for companies as more waste is cut from the system and co-workers change their everyday behavior to be more eco-conscious in the workplace, experts said.

JCPenney's program is making a difference. One energy captain in Salt Lake City, Utah, helped slash her store's monthly energy consumption by 25 percent when she found a hidden light switch in a massive stockroom and began turning the lights out at night, Keller recalled. She also posted large signs to alert co-workers where the wall switches are located so they too could flip the switch for savings at the end of each day.


These captains, mostly sales associates or store managers, are excited about their volunteer efforts, even though they get no extra pay for their participation, Keller said. What they don't get in dollars is made up in recognition from superiors when their suggestions lead to real energy savings. On occasion, their store may get an extra perk, such as relief from paying a monthly utility bill to bolster their revenue picture at the end of the year.

More companies already engaged in sustainability efforts at the top tier of the organization are expected to jump on the bandwagon of recruiting such volunteers, consultants predict. Managers are beginning to realize they need more people among the rank and file of their operations to spread the green gospel and find additional improvements, said Jenny Carney, a director at YRG Sustainability and head of the firm's Chicago consulting office.

"So much of greening a building doesn't require investing in fancy technology," noted Carney. "It means finding and executing simple things. Some workers who are passionate about being green may be able to find the smaller things that are missing from projects set at a higher level."

At PepsiCo's Valhalla, N.Y., beverage Research and Development facility, one green champion took the initiative to replace all paper with 30 percent recycled content paper. Another employee assisted to reduce paper usage by almost 50 percent by setting up the printing network and educating everyone at the site how to print and copy double-sided in black ink (instead of color), which also reduces ink cartridge use and volume of recycling, said Andrei Aroneanu, technical center and site engineering manager.

What's more, many employees who are inspired by the green movement sometimes may want to move ahead of some companywide programs because they're frustrated by the slower movement at the corporate level, observed Barbara Winter Watson, a partner in the Annapolis, Md., office of ERM, Inc., the world's largest environmental consultancy. It's good for companies to encourage that sort of entrepreneurial spirit, but she cautions managers should consult with internal environmental and facilities supervisors before implementing new ideas.

"The enthusiasm is raw and sometimes employees can get ahead of themselves," said Winter Watson. "Many environmental decisions are very complex and it's important for experts at the company to be involved to make sure grassroots ideas really move the organization toward greater sustainability."

For example, it would be worthless to swap out petrol-based plates in the cafeteria for compostable plates and service wear unless those items are separated from all other waste, explained Winter Watson. "You have to look at the whole life cycle of the idea to make sure it's workable," she added.

Meanwhile, smaller companies are tapping in-house volunteers too, sometimes with greater results than their larger counterparts. In many cases, employees at smaller operations can devise more innovative solutions because they can tailor changes to their unique situation, said Carney. In addition, smaller businesses can often act quickly on new ideas because the recommendations don't have to climb a long chain of command for approval, she said.

For now, David Finkel, executive vice president of Davison & Warshow, Inc., a New York-based plumbing supply wholesaler and showroom operator, is the green-minded volunteer coming up with ideas for eco-friendly improvements within his company. He wanted to inspire more of the company's 275 employees to carpool to work from the suburbs or use alternative forms of transportation. To encourage greater mass transit ridership, he hired a van service to make several trips a day to pick up workers from the nearest subway stop a mile away from the main office.

In another effort, Finkel came up with an idea for a cash lottery as an incentive for his staff to change commuting patterns. For every 10 trips employees take to work by carpooling or mass transit, riding their bikes or simply walking, their names are entered into a lottery. At the end of each quarter, names are drawn and the first place winner gets $1,000, with $500 and $100 doled out to the second and third place winners, respectively, said Finkel. Winners of the year-end lottery will reap bigger cash prizes, as well as iPods and flat-screen TVs, he said, adding that these efforts have already resulted in some changed behavior.

"Down the road I'm hoping my role will be more motivational and the green ideas will come from my staff," said Finkel. "At least they know they'll get my support."

Enlisting workers who care deeply about green issues to participate on a voluntary basis isn't a tough sell, asserted Carney. Such employees gain a lot of satisfaction knowing they can potentially make a difference in greening their work environment, she said. They typically aren't paid extra for their contributions, nor are they expected to push aside any job responsibilities already on their plate by assuming these additional duties.

"There tend to be a lot of invisible champions in a building and you just need to invite them to support your company's efforts," Carney said.

Bringing Them On Board

Broad solicitations for volunteers, however, may not work well everywhere. At PepsiCo, Aroneanu sent out requests for volunteers through e-mails and posters tacked up throughout the two buildings in the Valhalla facility about two years ago, but didn't get much response, he recalled. Since then, Aroneanu has been able to inspire more employees to get involved by talking it up during regular meetings with co-workers. He estimates there are at least 25 workers out of about 450 on campus that are currently offering their eco-improvement ideas on an informal basis.

"Touchy-feely things worked better for us than e-mails," Aroneanu said. "Our face-to-face enthusiasm rubbed off on people and that didn't come through in the e-mails."

Once volunteers sign on to the cause, they should be given whatever tools are available to help them succeed in their efforts, suggested Winter Watson.

JCPenney's focus was on energy savings, so the retailer created a web-based Energy Center where store volunteers log on and get energy consumption data of their site, with comparative information from the previous year, said Keller. More recently, energy captains at about 40 stores -- with more coming online soon -- can view energy consumption information from the previous day in 15-minute increments, according to Charley Haupt, president of New Energy Technology, a Grand Junction, Colo., firm that provides energy conservation analysis through its data systems and set up the program for JCPenney. With that kind of data capture assistance from New Energy, volunteers can potentially find spikes in energy use and quickly find a way to reduce that usage if there isn't a good reason for it, Haupt explained.

Even if employees aren't paid for dreaming up terrific eco-friendly ideas, it's important to recognize their contribution as a way of thanking them and keeping them motivated to continue volunteering. Companies can make donations to local environmental groups on behalf of individuals who made a difference in their green contributions to the workplace, suggested Winter Watson.

"Those champions feel good about being recognized and helping a philanthropic organization and the company gets to advance its philanthropic strategy of how they're seen in the community," she said.

Winter Watson noted the ultimate recognition is to get the highest level of management to praise these green champions' achievements at corporate town hall meetings or in corporate sustainability reports.

PepsiCo's Aroneanu agreed: "We used to give out a t-shirt or something small as a thank you. What we quickly learned is that publicly thanking those who make a difference at our Good Morning Valhalla meetings was the best recognition they could possibly ask for." 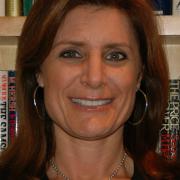 Amid criticism, Patagonia works to rid outerwear of PFCs

What companies may gain from P&G study on sustainability metrics

U.S. fails to make the grade on green building policy

See all by Judith Nemes