This week, Judge Sands dismissed Henry Gifford's suit against the USGBC. A copy of the Order is available here [PDF].

Particularly gratifying for me is that Judge Sands dismissed the case for exactly the reason I anticipated in my prior posts on the case that the plaintiff in this case lacked standing to bring the case. The posts are available here and here.

To the best of my research, Mr. Gifford is not a LEED AP, and indeed, from his website and publications, he has outspokenly denounced the USGBC and LEED. Mr. Gifford does not appear to own any property certified LEED. In short--the USGBC's actions have not harmed him or his career, if anything, has been enhanced by the USGBC's position.

With the exception of Gifford, each Plaintiff designs and consults on specific elements of individual buildings, including heating and cooling systems, moisture and mold remediation, and architectural design. Plaintiffs do not allege that LEED certified buildings do not require such services or that those services must be provided by a LEED-accredited professional in order to attain certification. Because there is no requirement that a builder hire LEED-accredited professionals at any level, let alone every level, to attain LEED certification, it is not plausible that each customer who opts for LEED certification is a customer lost to Plaintiffs.

In alleging a violation of the Lanham Act, the Federal act prohibiting false advertising, the Amended Complaint states: USGBC's misrepresentations have an will continue to deceive consumers, voters, taxpayers, developers, municipalities and legislators at the local, state and federal levels. However, fraud requires "reasonable reliance" on the false statements. The difficulty here is that, although more plaintiffs have been added, they are still not plaintiffs that were "duped" by the USGBC's representations. Judge Sands concluded that the USGBC and Gifford, et al are not competitors:

Even if Plaintiffs were to amend the [First Amended Complaint] to include the proffered allegation that a single developer, Steve Bluestone, chose a LEED certified consultant rather than Gifford, Plaintiffs would not establish the required causal nexus: that Bluestone did so in reliance on the alleged false statement contained in a 2008 press release.

This order may not be the end of the Gifford v. USGBC story. Gifford may appeal, and he retains the opportunity to file his state claims in New York state court. Moreover, since the Judge did not resolve the merits of the claims, the debate over whether LEED buildings save energy is likely to rage on. 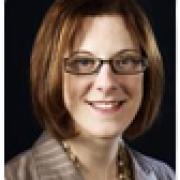