If the green building ratings system doesn't mandate deep CO2 reductions, it will fail its most important test of leadership.

This is part one in a pair of stories, adapted from a set of comments published by the author on an online discussion group from October to April. Part one is here.

Over the last 20 years, LEED has become the dominant U.S. green building design standard and is the most influential standard of its kind globally. This is an extraordinary achievement and has made for healthier, more productive and greener homes, workplaces, schools, hospitals and public spaces for tens of millions of families, students and workers.

But LEED has not kept up with the accelerating urgency of climate change or the availability of low and no-cost ways to deeply cut carbon — particularly from steep declines in the cost of clean energy options (such as the 60 percent cost reduction of residential solar since 2010) — that make these now the cheapest electricity source in most states. The rapid growth in the ability to buy onsite and offsite solar and wind under a power purchase agreement (PPA) structure allows LEED building owners to buy carbon-free power at a fixed price at or below conventional utility rates. These onsite and offsite wind and solar options allow most LEED buildings to switch to 100-percent, zero-carbon power at low or no cost — and in many cases can reduce the future cost of electricity (PDF).

However, in a world of accelerating climate change and fossil-fuel-funded denial, LEED has failed to maintain a carbon leadership role. LEED v4, the current version of LEED launched in 2013, was not stringent enough for 2013 — let alone for 2018. Many buildings receiving LEED Silver, Gold and even Platinum ratings deliver an anemic 15 or 20 percent lower energy use and CO2 reduction. Science dictates that serious green building standards today must deliver large reductions in CO2, and LEED must step up to this.

To address this urgent need, Kevin Hydes of the Integral Group, Emma Stewart of WRI, Mary Ann Lazarus of the Cameron MacAllister Group and I developed a proposal, "LEEDing on Climate Change," for adoption in the current LEED V4.1 upgrade process. The proposal would enable LEED to take a leadership role on climate change. It has been signed by more than 150 longtime green building leaders including David Gottfried, founder of both the USGBC and World Green Building Council, and LEED founder Rob Watson, and has been endorsed by groups including National Grid, Amalgamated Bank and HOK.

The proposal, submitted to USGBC in support of USGBC, has broad support on the LEED steering and advisory committees, as well as among USGBC staff. It sets out minimum levels of carbon reduction by level of LEED, reflecting the growing scientific urgency of climate change.

The proposal would enable LEED to take a leadership role on climate change and would address some outstanding LEED weaknesses (including reliance on zero impact RECs).

As the "LEEDing on Climate Change Proposal" noted:

A 2017 Scientific American article entitled 'The Window Is Closing to Avoid Dangerous Global Warming' warns that 'Deadly climate change could threaten most of the world's human population by the end of this century without efforts well beyond those captured in the Paris Agreement.' The Scientific American article quotes from a 2017 report published in the Proceedings of the National Academy of Sciences that states that; 'We are quickly running out of time to prevent hugely dangerous, expensive and perhaps unmanageable climate change.'

At the end of 2016, Pope Francis stated, "Every year the problems are getting worse. We are at the limits. If I may use a strong word, I would say that we are at the limits of suicide." Francis warned, "There is an urgent need to develop policies so that, in the next few years, the emissions of carbon dioxide and other highly polluting gasses can be drastically reduced."

Current LEED CO2 requirements do not meet the call of scientists or the pope. But LEED has been able to change before and must do so again.

A LEED building that cuts CO2 or energy consumption by 15 or 20 percent is not a material step toward decarbonization. Buildings represent over 40 percent of energy use and almost half of the emissions changing our climate. They are central to any realistic rapid transition to a low carbon economy. And LEED — as the standard bearer for high-performance buildings — must be central to this transition. To lead, LEED must be a leader on climate change.

A LEED building that cuts CO2 or energy consumption by 15 or 20 percent is not a material step toward decarbonization.

LEED immediately should be revised to require substantial minimum carbon reductions for each level of LEED certification, both for new LEED buildings and for LEED rating renewals.

Deep cost reductions in energy efficiency and renewable energy also have made more aggressive green building standards such as the Living Building Challenge increasingly viable. But these newer standards effect less than one-hundredth of 1 percent of buildings. They lack the scale to rapidly drive deep carbon reductions in buildings necessary to limit the worst effects of global warming.

LEED can and must step up to this essential role.

If LEED fails to incorporate deep CO2 reductions as a requirement at higher levels of LEED, it will become increasingly irrelevant. Worse, by enabling buildings that are only marginally better on CO2 to claim a green mantle, LEED could impede the rapid, deep decarbonization we must achieve if we are to heed scientific consensus and the pope’s moral call to pull back from "the limits of suicide."

USGBC is considering adopting these minimum carbon reductions in LEED in its current upgrade process. It should be strongly encouraged to do so and applauded for its leadership if it leads on this. Stepping up to this role is both a scientific and moral necessity as well as an opportunity for LEED to fulfill its potential to be truly transformative.

You may find the proposal discussed above here. 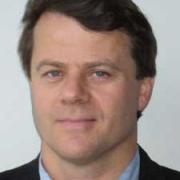