Lessons from English football for a sustainable supply chain

With the Premiership football season about to kick off, I’ve been thinking a lot about football.

On the face of it, it may not seem like the English Football League System and supply chain sustainability have anything in common. However, there are interesting parallels between the two systems, and there are lessons that supply chain directors can learn from the leagues.

Football clubs tend to fall into one of three groups:

Top Flight Football Clubs — Manchester United, Chelsea, Arsenal — are at the top of the Premiership year in and year out. Yes, they have great players, but one main reason they maintain their positions is because their owners invest in the team and the structures around it (training, youth clubs, management, marketing).

Then there are the No Hope Clubs, which probably will never make it to the Premiership. The No Hopers are the clubs that fans were born loving, that linger at the bottom of League One or Two with very little hope of rising up. They may have a good run every now and again, the team and fans may have great heart and spirit, but their owners don’t have the will or the money to make lasting changes.

Finally, there are the Yo-Yo Clubs, which leap and fall through promotion and relegation with relative frequency. Apparently, Yo-Yo Clubs are a phenomenon across all football associations. In Germany, they are called Fahrstuhlmannschaften (elevator teams), and in Holland they are heen-en-weer (to-and-fro). West Brom is one of the best examples, and their ups and downs are often blamed on the ownership’s insistence on sound financial management, which puts them at a disadvantage against teams whose owners are willing and able to outspend them.

Supplier engagement with sustainability follows a similar pattern. A few suppliers are leaders in integrating sustainability practices, many never seem to get it, and then there are those that come in and out of engagement.

Supply chain directors increasingly want suppliers to abide by sustainability principles and to put in place sound policies and practices, just as owners, managers and fans want their football clubs to win the league.

So what lessons can supply chain directors learn from football?

It’s all about the ownership. If the owners care about success, the football club has a fighting chance of rising through the ranks. Suppliers are no different: Ownership commitment matters. One of the most experienced sustainability directors I know says she can tell within five minutes of meeting factory owners whether they buy into the sustainability agenda. If they don’t get it, no one below them will.

Invest. Like football teams that rise quickly to the top (Manchester City, for example), financial investment is key to success. I know this is controversial to say in light of the exorbitant money being lavished by rich owners on clubs these days, and I’m not suggesting that companies can or should invest frivolously. However, it may be wise to take a hard look at where you might invest with suppliers, especially those important to your business and prone to yo-yo-ing. Companies are developing interesting models for this — investment funds, innovation funds or joint ventures to develop leading technologies and skills.

Great individual players don’t ensure success. A faltering club that buys a top player is not guaranteed to rocket to the top of the table. Likewise, a supplier might have great factory floor managers, an HR manager who is really switched on, or a group of employees who have participated in a leading training program. But this is not enough. The supplier must have a sustainability strategy and related systems in place to ensure longevity in their commitment.

Encourage transparency. By virtue of their success, the top clubs are exposed to the press and have further to fall if they fail. Encouraging suppliers to be more transparent can have a similar effect. If suppliers share information about their sustainability practices with you and their other customers, it will be harder for them to hide and easier for you to discuss opportunities. This can keep them engaged over the long term.

The major difference here is that making supply chains more sustainable isn't a zero-sum game; with the right strategies in place, even suppliers that seemed to fall into the No Hope Club can be converted. There's room at the top.

Something to think about this season as you watch your team get trounced by Manchester United.

This article originally appeared on the BSR blog and is reprinted with permission. 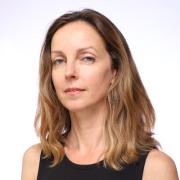 How to drive value through supply chain sustainability

We need to talk about blockchain — together

See all by Tara Norton