In December, Mexico City became the first city in Latin America to issue a "green bond."

The $50 million issuance will pay for energy-efficient lighting, transit upgrades and water infrastructure. The bond was "oversubscribed" 2.5 times over, meaning that investors were willing to buy more of these bonds than Mexico City had to sell.

Mexico City’s success is receiving attention in cities around the world. Last week, Mayor Miguel Ángel Mancera flew to London to accept an award from the Climate Bonds Initiative, a research group that tracks the green-bond market.

The achievement also raises hopes as cities wrestle with an enormous climate finance challenge. To meet commitments under the Paris Agreement on climate change, cities will need to invest an estimated $1 trillion into emissions-reducing projects. Green bonds are likely to be one piece of that financing puzzle — although in many parts of the world, cities have a lot of work to do first just to establish a basic level of creditworthiness.

I spoke recently with Tanya Müller García (Spanish), Mexico city’s environment minister, to find out more about the city’s experience with the bond. We spoke about the costs and benefits of going this route, lessons the city has learned and its plans to issue more green bonds later this year.

This interview has been edited for length and clarity.

Christopher Swope: Why did Mexico City look to issue a green bond? 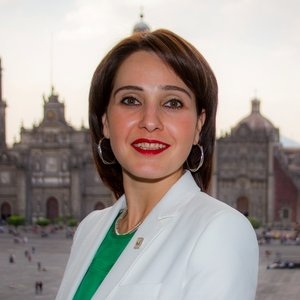 The value of the green bond market is approximately $131 billion, and only 11 percent of that is green bonds issued by cities or local governments. So the impact of this growing market, and being able to assure resources for projects that are going to guarantee emission reductions within the city, is very important. And in our case here in Mexico City, the market responded very well.

Swope: What projects will the city pay for with the bond proceeds?

Müller García: The projects include energy efficiency, through street lighting with the change to LEDs. There’s public transport, for both existing BRT [bus-rapid transit] lines and new lines. Then there’s construction and modernization of our water plants.

Swope: Does a green bond work any differently than any other municipal bond?

Müller García: Green bonds are debt issued by the city. The difference is that when the city just issues debt, you don’t know exactly what projects are being financed. With the green bond, you have to specify exactly what projects you’re going to finance with that debt, and for how many years — in this case, it’s going to be five years. And each year we have to report to the stock market the follow-up, technically and financially, of the project. You could say there’s much more transparency on how the debt is used by the city.

For those who buy the green bond, instead of investing in just any normal bond, they’re committing to buying bonds that will guarantee they’re going to finance projects that have a positive environmental impact in emission reductions, specifically regarding climate change.

And obviously, we had to be certified before we could issue the green bond.

Our goal is to reduce 10 million tons of carbon dioxide equivalent. And we have seven strategies within our climate action program.

Swope: Let’s come back to certification in a minute. Has Mexico City issued municipal bonds before? Why go this route instead of a regular municipal bond?

Müller García: Yes, every year the city issues $200 million of bonds. Mexico City is certified as AAA, so we have very healthy finances.

When you issue bonds that are not green, the city has the prerogative to use those resources in different projects that may not necessarily contribute to emission reductions. When it is green, the government has to commit those resources to the project you said you would. You can’t change along the way and say, "Now I have this problem in the city and will allocate my resources for a different need the city has."

Swope: What’s the benefit to the city of marketing the bond this way?

And you’re giving your local market of investors the option to invest in a green bond and to have more certainty and transparency in how those resources are being used.

For investors, I would say they’re not safer but more transparent in regard to traditional bonds. In a traditional bond, you buy your bond for 10 years, you get your interest on the bond for the next 10 years, but you really don’t know what’s happening with those resources or how the city is managing them. And that’s a huge difference for the investor — giving him the option to invest in projects that you know will have a positive impact for the city environmentally and socially.

Swope: And there appears to be a strong demand for these among investors?

Müller García: Without a doubt. That’s why this year we’re going to increase the amount of the green bonds we’ll issue. That’s what we’re working on now. Last year we issued a bond of $50 million, and this year it will be between $30 million and $75 million beyond that.

We are already working to issue our next green bond in August, so that will be eight months after our first one. And we hope this will help the city to continue issuing green bonds even after this administration, so that it will be a common practice for Mexico City and its finances and securing resources for our climate action program in the future. And that the next administration — which is in 2018 — will continue with these good practices.

Swope: What’s the interest rate that the city had to pay investors?

Müller García: It’s 6.58 percent, plus an additional 0.42 percent. So in total, it’s a 7 percent return. It’s a very good return for the investors.

Swope: Does that represent a good deal for the city?

Müller García: It does, yes.

Swope: Do you know who the investors are and why they’re so hungry for this kind of issuance?

Müller García: A lot of the investors were companies that invest in retirement funds, from within Mexico. I’d say that was the bigger part of our investors. They’re committed to buying a bond that will have a positive impact.

Swope: You mentioned earlier the need to have the bond certified as "green." Is that a barrier?

Müller García: You have to be certified to issue the green bond. There’s certain certifiers that can do this — it’s a whole process; the city has to pay for it. It’s certifying that the projects are technically and financially viable with what we’re presenting.

It’s not hard, but it’s a barrier when you talk about green bonds. Cities know you have to be certified, and in many cases the process is perceived to be much more complex.

Even though we know [green bonds] are a growing market, you never really know how the market is going to respond once you issue it. ... But I think you just have to move forward.

Swope: Are you saying it wasn’t particularly difficult, that it’s just work to do?

Swope: Is it expensive, or a nominal cost in the big scheme of things?

Müller García: That’s relative. For the benefits of a green bond, it’s accessible. It was more or less (roughly $150,000).

Swope: Is that certification a public document?

Müller García: You can log on to sustainalytics.com and see all the certifications they’ve done. [See Mexico City’s certification in English (PDF) and in Spanish (PDF).]

Swope: Are there any lessons that other cities can take away from your experience?

Müller García: Once we put our heads to it, we certified ourselves in three or four months, which is a very short period. That’s something the stock market was also very impressed by.

And obviously, both the support of and the political will of the mayor to move forward with these relatively new forms of finance for the city.

Swope: Was there concern about doing this for the first time?

Many times for the cities, that’s an impediment, or one of the factors they take into consideration — this uncertainty of how the market is going to respond. But I think you just have to move forward. Worldwide, there is a very positive response to green bonds.

I’d say this uncertainty of how the market is going to respond is a bit overrated. We had this magnificent response — a demand more than double of what we issued. 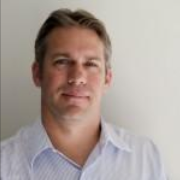 The science of preparing cities for natural disasters

10 storylines that shaped cities in 2016

See all by Christopher Swope