It's happening quickly, but the tipping point remains on the horizon.

It’s been a game of educated guesses about when government and corporate fleets will turn electric. A year ago, a McKinsey report on light- to heavy-duty electric trucks claimed "electrification is happening fast, and it’s happening now." An increasing number of cities and companies have pledged to use more electric vehicles. LandPlan, a fleet management company that operates 1.8 million vehicles in 32 countries, plans to achieve net zero emissions with its fleet by 2030.

Under pressure from regulators or customers to ditch fleets run on fossil fuels, from delivery vehicles to garbage trucks to school buses, companies are struggling to figure out how to make that switch that makes economic sense (or inflicts the least amount of  financial pains). Electric vehicles do promise to deliver fuel savings and lower maintenance costs because they have far fewer parts than internal combustion engines.

Managers of two large corporate fleet owners, Walmart and UPS, took the stage Tuesday at the VERGE conference in Oakland to offer some sobering views about the struggles and lessons they have learned from making a switch to electric vehicles.

"The electrification of a fleet vehicle can be transformational for how we do business in the future," said Scott Phillippi, senior director of maintenance and engineering at UPS. But he said the promise of cheaper maintenance with electric vehicles remains just that.

"The opportunity for reducing maintenance, which we hope to see soon, hasn’t been quite determined yet," Phillippi said. "The biggest challenge is there isn’t a lot (of different classes of electric commercial trucks) to choose from. We are not quite at a tipping point."

The electrification of a fleet vehicle can be transformational for how we do business in the future.

UPS has been running a pilot project to electrify a fleet of 170 in central London, and it’s nearly 40 percent there. It’s installed software to monitor and spread out the charging of the trucks to avoid overtaxing the power grid. The company also recently ordered 50 electric trucks for U.S. deliveries.

For the world’s largest retailer, creating an adequate network of charging stations is the biggest challenge, said Elizabeth Fretheim, senior director of supply chain sustainability at Walmart. The company’s delivery trucks don’t return to the same locations each night and instead get dispatched based on needs.

"It’s like a taxi service. It’s hard for us to say let’s put a charging station there because the truck will always pass by there," Fretheim said. "A truck can be out for a day or five days."

Walmart and UPS aren’t alone in facing these challenges. A recent study by UPS and GreenBiz showed that the high prices for electric vehicles, inadequate charging networks and a lack of electric vehicle types are among the top obstacles for many government and corporate fleet managers.

We are not quite at a tipping point.

Fretheim said another lesson she’s learned is about preparing employees for using a new technology. She recounted the story of sending an electric trailer to a distribution center and directing the employees to plug it in. The trailer was delivered on a day marked by pouring rain.

"They were out there, standing puddles and holding the plugs, and they said no way we are going to plug this in," she said. "I don’t think we did a good job of communicating it and prepare them what they will see."

Walmart and UPS are looking for benefits beyond savings on fuels and maintenance for an electric fleet. Figuring them out helps to make a stronger business case for investing in electric vehicles, they said.

Using electric trucks allows UPS to avoid the fees that London imposes on gasoline and diesel vehicles that enter the city center, for example.

For Walmart, electric trucks opens up the possibility of delivering more merchandise at night, when there’s less congestion, which it currently can’t do in many places because of local government rules on noise. The company is also looking at replacing the diesel engine that runs fridge, TV, heating and cooling systems for a long-haul driver in a semi truck.

Phillippi noted that there will be more experiments to tests how electric vehicles can play a role in a variety of fleets.

"What we know is there’s no model that can duplicate what the real world looks like. No matter what you think or what’s been simulated, there will be problems along the way," Phillippi said. "That’s the natural path of where we are going." 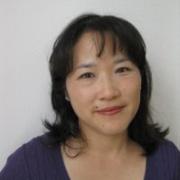