Lessons from the World Mayors Summit on Climate Change

As I arrived in France last week with a delegation of ICLEI-USA Mayors to participate in a global forum hosted by French Prime Minister Jean-Marc Ayraul, I was blown away by the number of local officials from around the world who gathered to share their initiatives and collaborate on implementing scalable sustainable solutions.

The 2013 Nantes World Mayor's Summit on Climate Change saw more than 100 leaders from 30 countries lend their support for a declaration calling for greater cooperation with all levels of government on the matter, and improved local access to international financing frameworks to fund local climate actions.

The Summit's importance was reinforced when at the same time, the International Panel on Climate Change (IPCC) released its latest report on global warming, where findings show that humans have been the primary cause of global warming for over 60 years, and that the physical evidence behind climate change “on the ground, in the air, in the oceans” is indisputable.

The panel warns that continued emissions will cause further warming and changes in all aspects of the climate system, while inevitably threatening the way of life for hundreds of millions of people in low-lying coastal communities at risk from sea level rise. To contain these changes, the report states, will require "substantial and sustained reductions of greenhouse gas emissions.” 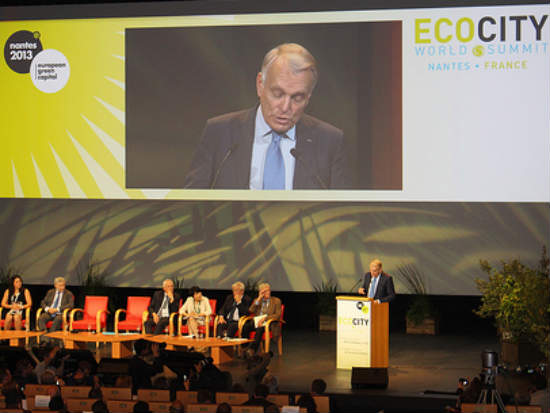 For more than a decade, cities have been leading this charge to reduce emissions, create local sustainable energy resources and mitigate the increasing impacts of climate change. And you may not be surprised to learn that many of these local climate champions are from your own backyard. Through ICLEI-USA, I was honored to lead a Summit delegation of U.S. leaders, including Mayor Pam O’Connor (Santa Monica, Calif.), Mayor Franklin Cownie (Des Moines, Iowa), Mayor Cindy Lerner (Pinecrest, Fla.), and Mayor Matthew Appelbaum (Boulder, Colo.).

With the recent “biblical floods” set loose in Boulder and cities across Colorado, Appelbaum shared his own experience with ravaging impacts of climate change with me:

"We recently experienced an incredible flood, in which a year’s worth of rain fell in four days. Events like the one that struck Boulder are becoming more common all around the globe. It’s clear cities are on the frontlines -- we are suffering the impacts of climate change."

Aside from the dire picture painted by the IPCC report, I felt a great sense of progress last week in Nantes. I witnessed representatives of financing institutions along with mayors and local leaders come together for a high-level dialogue to identify gateways to access global financing mechanisms. I saw how the recent creation of the “Friends of Cities” group, bringing together national governments seeking to collaborate with local and sub-national governments, really could provide a model for collaboration. And most important, I saw just how committed our local leaders -- from all parts of the world -- really are to fighting the effects of climate change.

"One lesson we can draw from history is that the collective action of individuals, groups, and in this case, cities, can move mountains, why is why it is imperative that cities around the world band together to address climate change," Appelbaum had told me. "Think globally, act locally."

This story originally appeared at ICLEI USA's blog. Image of Europe at night by Anton Balazh via Shutterstock

To learn more about urban resilience and the convergence of sustainability and technology, be sure to check out VERGE SF Oct. 14-17. 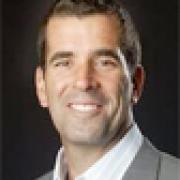 What Chinese cities can teach US about sustainable innovation

See all by Michael Schmitz