Let's work together to craft the best carbon pricing policy

As discourse on climate change continues to grow in the political, public and business spheres, the outstanding question remains: What is the best solution? While advocates long have touted its promise, there is no consensus on the most effective form of a carbon pricing scheme or how to achieve it. This is the question we, along with business leaders and NGO partners, will explore at our CoLab event at GreenBiz 19.

The private sector and other key "non-state actors" in the United States have stepped up in a big way on climate action. More than 100 U.S. companies have committed to science-based targets, and over 3,600 companies, cities, universities and other organizations have sent a clear message that We Are Still In with respect to the Paris Agreement, regardless of the position of the current administration.

And yet, we know that this is not nearly enough to secure the prosperous low-carbon future we want while avoiding the worst impacts of climate change. Recent IPCC and other reports indicate that we are running out of time to take the bold, large-scale action needed and, despite the leadership shown by many organizations, we simply won’t get there without leveraging corporate and citizen ambition to drive changes in public policy that will enable faster and larger scale change.

Smart public policy will be critical to accelerate action and increase ambition on the part of thousands more companies, cities and other players while unleashing the massive capital needed to drive innovation. The Green New Deal introduced last week was met with both enthusiastic praise and harsh criticism — which raises the question: What exactly are these "smart" policies, and what can we do to achieve them?

Progressive policy advocacy is a tricky undertaking for business at the best of times, and in our current highly polarized political environment, it seems even more so. Earlier failed attempts (remember cap-and-trade?) cast a long shadow. And yet, there is reason to believe the time is right for an attempt that builds on lessons learned and takes advantage of bigger and more diverse constituencies for change.

There is broad agreement across the ideological spectrum that carbon pricing, while not a silver bullet, will be a key ingredient in accelerating our transition to a low-carbon economy.

There is broad agreement across the ideological spectrum that policies that put an effective price on carbon, while not a silver bullet, will be a key ingredient in enabling and accelerating our transition to a low-carbon economy. There is no shortage of specific policy ideas to consider — from fee-and-dividend to tax shifting to new and improved cap-and-trade schemes. What is far less clear is how we can best mobilize people and organizations around one or a small number of potential solutions in a way that enables durable political change on a national level.

VERGE 19 will feature a track dedicated to the issue of carbon removal. Suggest a speaker here.

Members of the We Mean Business coalition, BSR and Ceres — together with many partners in the United States and internationally — have been working to catalyze the kind of business leadership we believe can drive policy ambition and accelerate the energy transition. While much of the recent activity in the United States necessarily has been "defensive" in nature (maintaining a commitment to the Paris Agreement, preserving key government programs and policies, etc.), we are also working to develop a longer-term positive strategy for change. Ambitious new forms of collaboration between private-sector and other key players will be critical to any successful strategy, and we launched the BSR CoLab last year with exactly this kind of challenge/opportunity in mind.

CoLab is BSR's incubator and accelerator of private-sector collaboration, mobilizing the collective power of business to solve some of the world’s biggest sustainability challenges. Driven by the collective ingenuity of business and stakeholders, CoLab ideates, designs and scales collaborations that have transformational impacts.

BSR and Ceres will co-host a half-day workshop Feb. 25 at GreenBiz 19 in Phoenix, in which we will put our new CoLab methodology to work, exploring the prospects for powerful new collaboration(s) in pursuit of an effective public policy advocacy strategy to support climate ambition in the United States, with a focus on, but not limited to, a price on carbon.

We are inviting selected companies and expert stakeholders to join us as we consider key questions such as:

If you are interested in joining us in Phoenix, and/or for any efforts which may follow, please reach out to us. 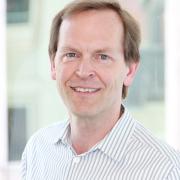 Can 'net positive' inspire a race to the top?

How businesses can manage or adapt to climate uncertainty

What we mean when we say 'CSR'

See all by Eric Olson