Letter from Ukraine: Can a war-torn country become more sustainable?

Ukraine, celebrating only the 24th year of independence in its entire history this week, lives in a tough neighborhood. While its political leaders and citizens demonstrate growing interest in becoming a more economically and environmentally sustainable nation, their particular approach to sustainability is shaped by a unique set of historical factors.

The Ukrainian example, in particular, highlights a dilemma that many countries currently face: How to become more sustainable in the middle of a war?

Over the centuries, Mongols, Swedes, Lithuanians, Austro-Hungarians, Germans and Russians have occupied territories that include all or part of present-day Ukraine. According to historian Anna Reid, this disruptive past generated three outcomes that have impeded the development of a modern, robust state.

These challenges were all evident during my recent visit to western Ukraine earlier this month, my 16th trip to the region since 1985, to an area known as Zakarpatia, or Carpathia. This area, bounded by Poland, Slovakia, Hungary and Romania, is well beyond the war zone in the eastern part of the country but is nonetheless impacted.

When I last visited the region in 2013, the Ukrainian currency, the hryvnia, exchanged at the rate of seven to $1. The exchange rate is presently 22 to the dollar, or a 300 percent decline. Moreover, military service is a compulsory obligation for ages 18 to 25, and some of my own relatives have been stationed in the eastern war zone that, since April 6, 2014, has resulted in the deaths of 6,832 military personnel and civilians, according to the U.N. Office for the Coordination of Humanitarian Affairs. 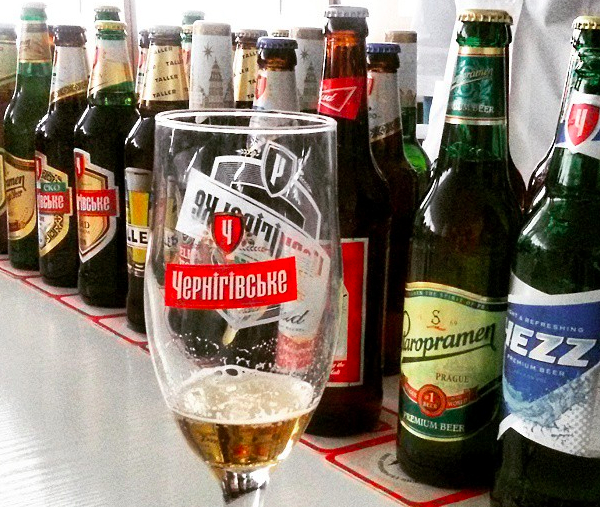 To view the reality of a nation such as Ukraine, it is necessary to visit not only the larger cities such as Kiev, Kharkiv, Dnepropetrovsk or Lviv but also to immerse oneself in the small towns and villages. There, the challenges of access to clean water, sanitation, health care and reliable transportation infrastructure are direct and immediate for every person.

There is another reality, however, and that is Ukrainians’ personal relationship to the environment. Nature long has been celebrated in Ukrainian poetry and literature, and a walk in the forest or a visit to an eco-spa (for those who can afford it or whose jobs subsidize it) is a memorable experience.

More practically, home gardens in the villages provide a supply of fresh fruits and vegetables. On several occasions, members of my own family or other village residents took pride that they grew their own produce without using pesticides. I also witnessed another sustainability “sprout” in the form of Chernigivske, the self-advertised “First Ukrainian Eco-Beer.”

In travelling from village to village, I also saw road signs advertising DuPont’s Pioneer brand seeds used to grow crops such as maize, sunflowers and tomatoes. In visiting my cousin Kristina in the city of Mukachevo, I was informed that DuPont-organized field days and workshops were planned in a few weeks to assist local farmers maximize their harvests for export. As other large agri-business firms such as Cargill and Monsanto also establish a business presence in Ukraine, this will give voice to both local and global stakeholders’ evaluations of the contractual terms of such investment and whether they truly benefit Ukrainian farmers. Stakeholders also will scrutinize whether genetically modified organisms are being grown.

The national government is eager to receive foreign direct investment and has set a FDI target of $40 billion by 2020 to improve living standards, gain access to global companies’ business practices and to reduce its massive foreign debts.

Another important development is the increasing dynamism of Ukrainian civil society. This was evident in the prolonged demonstrations in Kiev’s Independence Square (the “Maidan”) that were instrumental in ousting kleptocratic President Victor Yanukovich and paved the way to new elections in 2014.

More broadly, an active and sophisticated NGO community across Ukraine monitors corruption, environmental conditions and other issues. Ukrainians are Internet savvy, and even small villages enjoy access to mobile telephony that is sometimes more reliable than my own mobile access in Washington, D.C. suburbs.

Evaluation of a more sustainable Ukraine ultimately cannot escape the dilemma arising from its underdeveloped and under-financed economy, endemic corruption and the ongoing war. Official government policy on sustainability addresses a set of factors that may seem off-key to many people living in the West but reflects the current reality in Ukraine.

On Jan. 12, President Petro Poroshenko signed a decree, “On the Strategy for Sustainable Development Ukraine — 2020.” The sustainability strategy commits to 25 key indicators, one of which is attainment of Top 50 status among nations evaluated by the International Corruption Perceptions Index of Transparency International (Ukraine ranked 142 among 175 nations in 2014).

Across the globe, there are a number of individual national sustainability strategies. In Ukraine, the sustainability path cannot be separated from nation building, the development of robust and competent institutions and the solidification of an emerging national identity within secure borders. Amidst a war that shows no sign of abating, the need for hope to motivate the attainment of these outcomes is a precious and vulnerable commodity.

Preparing for a capitalism reset

How effective is sustainability advocacy?

How will the pandemic change America’s sustainability agenda?

See all by Terry F. Yosie