LG turns up the volume on its energy and climate strategy

When assessing the carbon footprint of a $45 billion electronics company, thoughts quickly turn to the environmental costs associated with developing, manufacturing and transporting a world’s worth of appliances and high-def televisions.

But what if that same company sought to transform an industry by making energy efficiency the centerpiece of its differentiation strategy?

Within the past 12 months, LG Electronics has transcended the usual company line on green hype to prove that energy conservation is hip, and that sustainability concepts need not come at the cost of product quality and price.

“As an organization, we’d like to see ourselves as more than just an electronics and appliance company,” says Christine Ackerson, sustainability and CSR manager for LG Electronics USA. “We’re striving to be a connection point for consumers to understand the link between energy consumption, greenhouse gas (GHG) emissions and climate change.”

At a time when all the world’s awash with green, many companies struggle to communicate environmental success without coming off as preachy or insincere. For LG, however, commitment to the natural world begins with Wayne Park, president and CEO of LG Electronics USA, and extends beyond the walls of the organization, thanks in part to a self-styled Korean management technique referred to as “Jeong-Do.”

With Jeong-Do, all decision-making activities first must pass a sniff test in ethics before being considered for implementation, thus navigating the road to success in the marketplace with a constant eye on sound social and environmental performance.

“Environmental sustainability is a core principle at LG, to the point that we consider the impacts of our business from a 360-degree perspective,” says Jacob Cho, LGE USA's director of standards and environmental affairs, “from our supply chain and manufacturing processes, to energy efficient products and recycling programs.”

This universal approach to industrial ecology lies at the heart of LG’s decision in December to sign a broad memorandum of understanding with the U.S. Environmental Protection Agency. This agreement pledges participation in EPA’s entire suite of corporate programs, including the Green Power Partnership, Waste Wise, WaterSense and Energy Star. Together, these efforts will drive LG to further enhance its clean energy portfolio, eliminate operational waste and reduce its greenhouse gas emissions.

For the second year in a row, LG also has joined the Team Energy Star campaign – an EPA initiative to educate youth and families on how to save energy and help protect the climate with educational activities and energy-saving measures at home.

Investors would be quick to point out that corporate citizenship is a “nice-to-have” option, so long as shareholder returns are healthy and financial performance remains solid. Although LG’s stock was not immune to the recent financial crisis, the company has boasted a 16 percent return since May 2012, and projections for the future look promising.

The company also has seen increased global demand for its home appliances, mobile devices and electronics that embody energy efficiency. In 2012 sales jumped 75 percent for LG products that attained EPA’s “Energy Star Most Efficient” designation. According to EPA figures, the 750,000 LG products sold with this distinction will save consumers more than $150 million in utility costs and reduce greenhouse gas emissions by about 930 million pounds over the life of the products.

While LG has set out to demonstrate sector leadership in environmental performance, it is by no means the only company betting on an increasingly eco-conscious marketplace. Constant reminders of climate change and natural resource depletion are slowly driving up the environmental IQ of the average consumer. And while price, quality and style still reign as primary buying determinants, sustainability is gradually pushing its way into the mainstream consumer psyche. Electronics companies are acknowledging this trend by striving to out-innovate each other on the sustainability front. 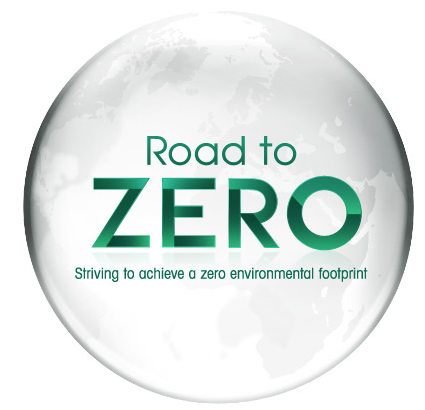 With regard to how well Sony, Samsung and LG stack up on their overall commitment to climate change, the Climate Counts 2013 annual scoring report shows Sony with a “Soaring” score of 85 out of 100 points, while both LG and Samsung both have “striding” scores of 83 and 75 respectively (Full disclosure: LG is a member of the Climate Counts Industry Innovator (i2) partner program).

Where to go from here?

LG is fundamentally invested in the concept of sustainability – of that there is little doubt. Its management philosophy informs the organizational directives to reduce environmental impact and greenhouse gas emissions across the value chain. But in the spirit of continuous improvement, where does LG go from here?

It would seem that LG has a unique opportunity to further distinguish itself as a corporate leader through consumer engagement. This is not to say that LG should become the flower child of environmental activism, but rather to be more robust at the product level on how it connects with consumers on the company’s sustainability progress (see Timberland’s nutrition label).

Another way that LG can break away from the pack would be by reaching out to U.S. policymakers as they’ve done in other parts of the world to express support for carbon legislation -- the first step of which would be to sign BICEP’s non-partisan climate declaration.

As part of an industry dependent upon electricity to power its products, opportunities abound for companies like LG to take the idea of corporate citizenship to the next level. After all, “Life’s Good” should be the mantra for future generations as much as it is for ours. 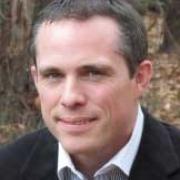 A new CEO at Carlson hotels makes room for sustainability

Why Are We Still Debating Whether to Embrace Sustainability?

See all by Mike Bellamente