The limits of science-based targets

Science-based targets quickly have become de rigueur for companies with aspirations to be leaders on climate change. And quite right, too. The idea that corporate targets should be based on what's required, rather than what feels achievable, is something Forum for the Future has been advocating for some time.

But I'm becoming increasingly cynical about how science-based targets are playing out in practice — especially in light of the release of the IPCC's Special Report on 1.5 degrees Celsius.

For starters, many corporate targets lauded as "science-based" simply aren't as ambitious as they need to be. This is partly because the official process thus far has been aligned with giving ourselves a 66 percent chance of staying within 2C. I'd not only like better odds than that (whatever the temperature goal) but, given that the IPCC has found that 1.5C is — for the time being — still within reach, think that's what corporate leaders should be striving for.

Yet the remaining carbon budget for 1.5C is so tight (especially when the uncertainties around it are considered) that the "science" around meeting this target essentially translates into "decarbonize everything immediately."

The remaining carbon budget for 1.5C is so tight that the 'science' around meeting this target essentially translates into 'decarbonize everything immediately.'

While the challenges around this are enormous, the message is simple, clear and powerful.

I fear that the rigor of the science-based targets approach actually confuses this simple reality, and that we are losing precious time as companies work out what their contribution should be — rather than accepting that their ambition must be to become "net zero," "carbon positive" or "regenerative" and driving forwards rapidly with that not-inconsequential task.

The egalitarian approach embraced under science-based targets also assumes that every sector/company will "do its bit" to tackle climate change. Yet a number of laggards clearly aren't going to play ball, whether fossil fuel hold-outs or technologically "stuck" sectors such as aviation. Knowing this, it therefore no longer counts as leadership for a company to only make its "fair" contribution — it is leadership to do much more than that.

And bear in mind that crossing the 1.5C threshold will not be good for business. There will be little solace for those companies that did their bit if they still have to navigate the breakdown of agricultural and societal stability.

The urgency and magnitude of the climate challenge also requires companies to become vocal and effective advocates for — and agents of — widespread, societal decarbonization.

Finally, the urgency and magnitude of the climate challenge also requires companies to become vocal and effective advocates for — and agents of — widespread, societal decarbonization (in addition to embracing radical targets for their own emissions). By keeping the focus on operational and supply-chain emissions, rather than the role companies could and should play in driving a rapid global transition to a zero-carbon society, the science-based targets process misses a key component of corporate leadership.

Limiting ambition in this way is not, of course, the intention of science-based targets, or the organizations behind them. I'm confident that those organizations already will be rethinking their process in light of the IPCC's Special Report, but we also need corporate leaders to embrace the spirit, as well as the letter of the concept — such that it truly galvanizes corporate action commensurate with the scale of the challenge we face. 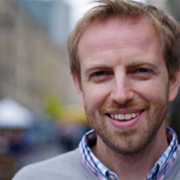 See all by Iain Watt