Achieving the goals of the 2015 Paris Agreement almost inevitably will require negative emissions from a combination of agriculture, land use, forestry and other technologies that actively remove CO2 from the atmosphere. According to IPCC scenarios, 10–20 gigatons of negative emissions are required annually by 2100 to limit global average temperature increase to 1.5–2.0 degrees Celsius above preindustrial levels. That’s equivalent to 25–50 percent of today’s global annual fossil fuel emissions.

U.S. landscapes sequester hundreds of millions of tons of CO2 every year, storing carbon in trees and soils and offsetting fossil fuels. This carbon sequestration is critical as the United States is the third-largest country in the world, covers 6 percent of the world’s land mass and over 250 of the world’s 867 ecoregions, and supports a diverse range of agricultural and forestry industries. Bolstering this carbon storage ability is seen as a cost-effective climate strategy.

But any policy to drive this action needs to be implemented carefully — balancing future needs for development and urban expansion, food and products production and conservation.

Policymakers and experts must think strategically about the role of U.S. landscapes in climate mitigation, and how to most responsibly manage this important resource. Negative emissions technologies — natural and engineered strategies for actively removing CO2 from the atmosphere such as agroforestry and silvopasture, biomass gasification and biochar and forest expansion — deployed at scale in the United States could sequester between 0.6 and 1.4 gigatons of carbon annually by 2050. This would comprise a substantial portion of the estimated annual 7–10 gigatons of CO2 that could be sequestered globally through landscapes.

Why do we care about carbon sequestration?

Most models indicate that large amounts of carbon sequestration, or negative emissions, will be required, likely at very large scale, to head off the worst effects of climate change. Out of 116 model scenarios consistent with keeping warming below 2C used by the Intergovernmental Panel for Climate Change (IPCC), 87 percent use negative emissions technologies.

Note that most of these projections also assume that countries will implement aggressive emissions reduction strategies, quickly. With further delayed action, the need for negative emissions will increase.

U.S. landscapes — the goose that laid the golden egg

Land and natural systems such as oceans provide the only negative emissions currently operating at scale. In the United States, landscapes have sequestered between 10 and 15 percent of economy-wide greenhouse gas emissions every year for the past several decades. U.S. farms and forests are also some of the most productive in the world, supporting 20 percent of global cereal production and 20 percent of global wood products.

Looking ahead, many models see a role for U.S. lands in sequestering greater amounts of carbon from the atmosphere. The U.S. Mid-Century Strategy for Deep Decarbonization (PDF), released in 2016 by the Obama White House, suggests that U.S. forests and soils could sequester nearly 1 gigaton of CO2 annually by 2050, while also supporting nearly 1 billion tons of biomass production for another negative emissions technology, bioenergy plus carbon capture and storage (BECCS).

Across a spectrum of carbon price levels, other estimates indicate that the sequestration and BECCS potential could be even higher. Yet managing hundreds of millions of acres of U.S. land to sequester carbon and produce biomass could come at the cost of alternative uses and ecosystem services. There is also potential for trade-offs across carbon sequestration strategies — for example, sequestering carbon in forests versus harvesting wood to offset fossil fuel-intensive building materials such as steel and concrete; or using underused pasture to grow bioenergy grasses versus using it to expand forest area. All these trade-offs and constraints need to be addressed by thoughtful policy and safeguards. Balancing many needs across a limited resource

In the coming decades, growing global populations will put even more pressure on U.S. landscapes, beyond the effects of climate change and growing demand for carbon sequestration. U.S. cities and suburbs are projected to grow by 15 to 45 million acres, supporting a growing population that could reach nearly 400 million by 2050.

Global food demand could double by that time as well. Depending on continued yield improvements, U.S. agricultural land could expand significantly to keep up with increasing calorie demand.

At the same time, technological breakthroughs could allow for doing a lot more on less land. Algae production on low-productivity land or offshore could create sizable biomass supply if costs can be brought down. Dietary shifts toward plant-based meat alternatives significantly could reduce pasture needs around the planet while increasing access to protein for low-income households. Increasing crop yields and root mass can increase soil carbon storage while also meeting food demands.

So, while there will be many challenges to responsibly using landscapes, there is also great potential, particularly with the right investments in research, demonstration and deployment.

Putting in place the right combination of research and deployment incentives is key for achieving the scale of negative emissions needed. The research identifies a critical set of policies needed now:

Responsible land use and land management is the next great frontier of climate policy, and warrants careful planning in the coming years to make sure future climate mitigation policy optimally use this important U.S. resource. 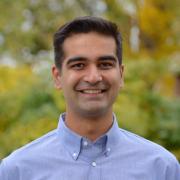 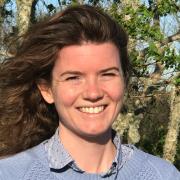 Here's a master plan for 1.5 degrees

See all by Aman Chitkara