The long and winding road to sustainable tourism

From Hawaii to the Galapagos, the sector moves beyond eco-adventures to more holistic safeguards for popular travel destinations.

Earlier this year, Hilton trumpeted the arrival of its latest hotel brand, one comprised of unique properties with especially close ties to the communities in which they are located — the foundation for a sustainable relationship.

It’s notable that the first property in the so-called Tapestry Collection, the Hotel Skyler Syracuse in New York, is also one of its most sustainable from an operations standpoint. The 58-room property managed by Woodbine Group is one of just five hotels in the United States certified to the LEED Platinum green building standard. (A distinction earned about six years ago before it became one of Hilton’s 5,000-plus locations.)

The Hotel Skyler is a highly walkable property, a few steps away from many of the city’s biggest attractions such as the Syracuse University Carrier Dome. It features a 63-ton, closed-loop geothermal heat pump system, water-conserving fixtures and a "smart" digital key system that manages room climate settings based on whether a guest is inside. It makes guests aware of these features through signage and educational materials. 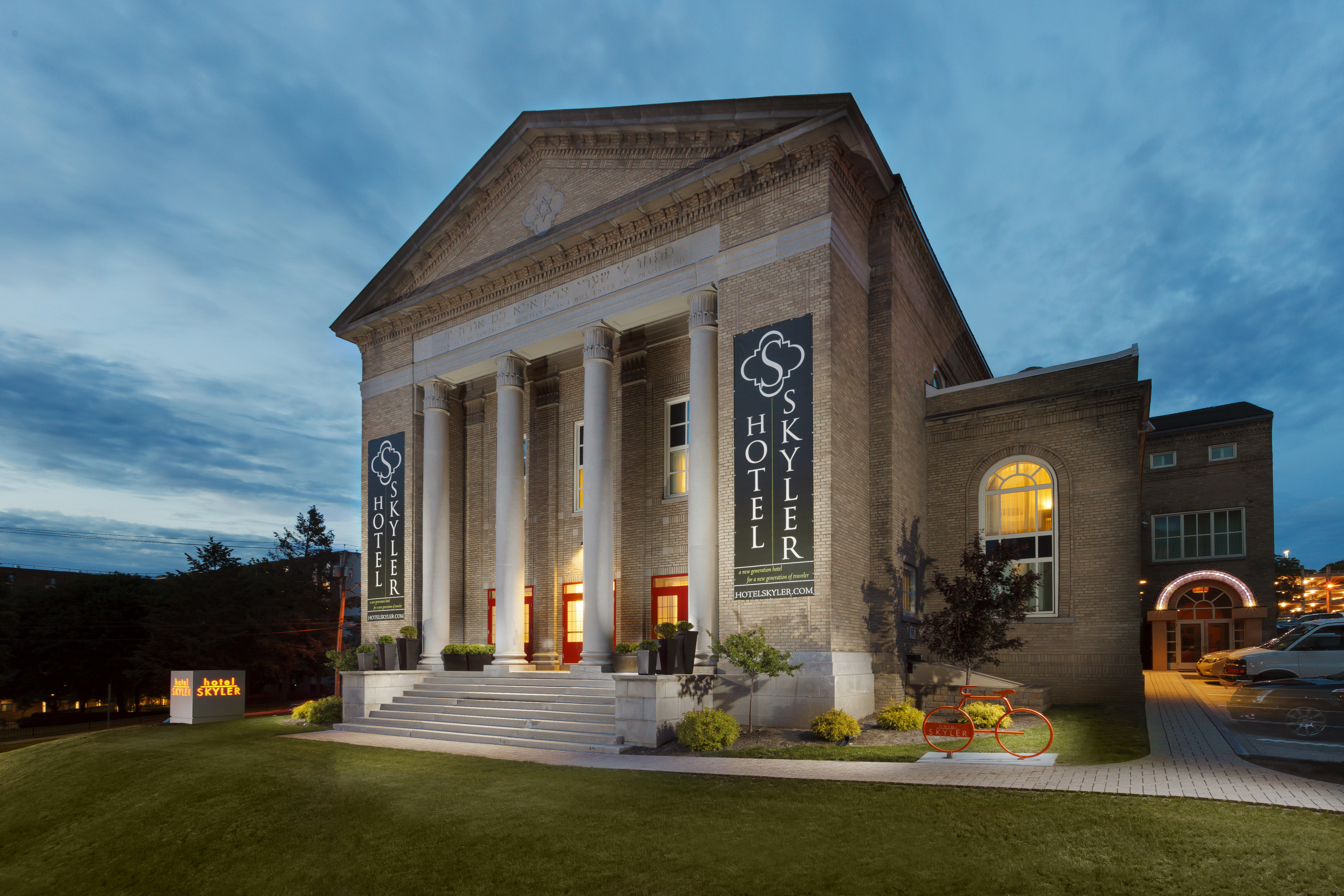 "These are things that are more and more important," said Maxime Verstraete, vice president of corporate responsibility for Hilton. "We see a lot of savings when we run these hotels in a sustainable way. But if you look at our consumers, they are also concerned about these things. They are out there looking at what companies are doing."

A vivid example: Just 10 years ago, few guests would have acted proactively to ask about a hotel’s linen laundering policies. Now, they have come to expect that hospitality companies think twice about washing a room’s sheets and towels every day during a multi-day visit.

Towels are one thing. Minimizing the environmental footprint of world travelers — especially those traveling for pleasure rather than business — is another journey entirely.

Towels are one thing. Minimizing the environmental footprint of world travelers — especially those traveling for pleasure rather than business — is another journey entirely.

Here is the scale of what the industry faces. Every day, the World Tourism Organization figures that an estimated 3 million tourists cross international borders headed for vacations in both far-flung and close-by destinations.

To put things in economic context: The industry generated roughly $7.6 trillion in revenue in 2016, or 10.2 percent of the world’s gross domestic product, according to data compiled by the World Travel & Tourism Council. It accounted for more than 292 million jobs, about 11 percent of the global workforce. (Those figures include work-related travel.)

No wonder the United Nations is worried about the sector’s undeniable influence on its 2030 goals for sustainable development — enough to declare 2017 as the International Year of Sustainable Tourism.

"Tourism has become a pillar of economies, a passport to prosperity and a transformative force for improving millions of lives," declared United Nations Secretary-General Antonio Guterres in an address earlier this year.

Hawaii is a very real example of that reality. The state’s main economic driver, tourism accounted for roughly 165,000 jobs in 2015, more than $14.7 billion in visitor spending, and $1.6 billion in tax revenue, according to figures from the Hawaii Tourism Authority.

A focus on environmental sustainability is part of the agency’s five-year strategic plan adopted in 2016, which calls for "destination stewardship" in the form of waste reduction and energy efficiency. That initiative, in turn, is part of the high-level principle guiding all of Hawaii’s development — a concept known as mālama ‘āina, or "caring for the land."

The state’s governor, David Ige, last week cited this philosophy as the motivation for his decision to pass several laws supporting the Paris climate agreement. And, of course, the island state has set a goal of being powered completely by renewable energy by 2045.

Some Hawaiian resorts wholeheartedly have embraced that concept for years. One example is the Ahu Pokahku Ho’omaluhia spa retreat on the Big Island, designed without artificial air conditioning. Another relatively unique practice: All of the linens, including staff uniforms, are made from sustainable, organic bamboo.

Another property making waves is Turtle Bay in Oahu, the first resort on the island to invest in rooftop solar panels. All of the styrofoam (and related materials) in its dumpsters is collected by a local organization called Waste to Waves, which turns the material into surfboards.

The Hawaii Lodging & Tourism has created a series of practices that hotels should follow — related to waste management, water conservation and energy efficiency — and it has certified properties on several islands. 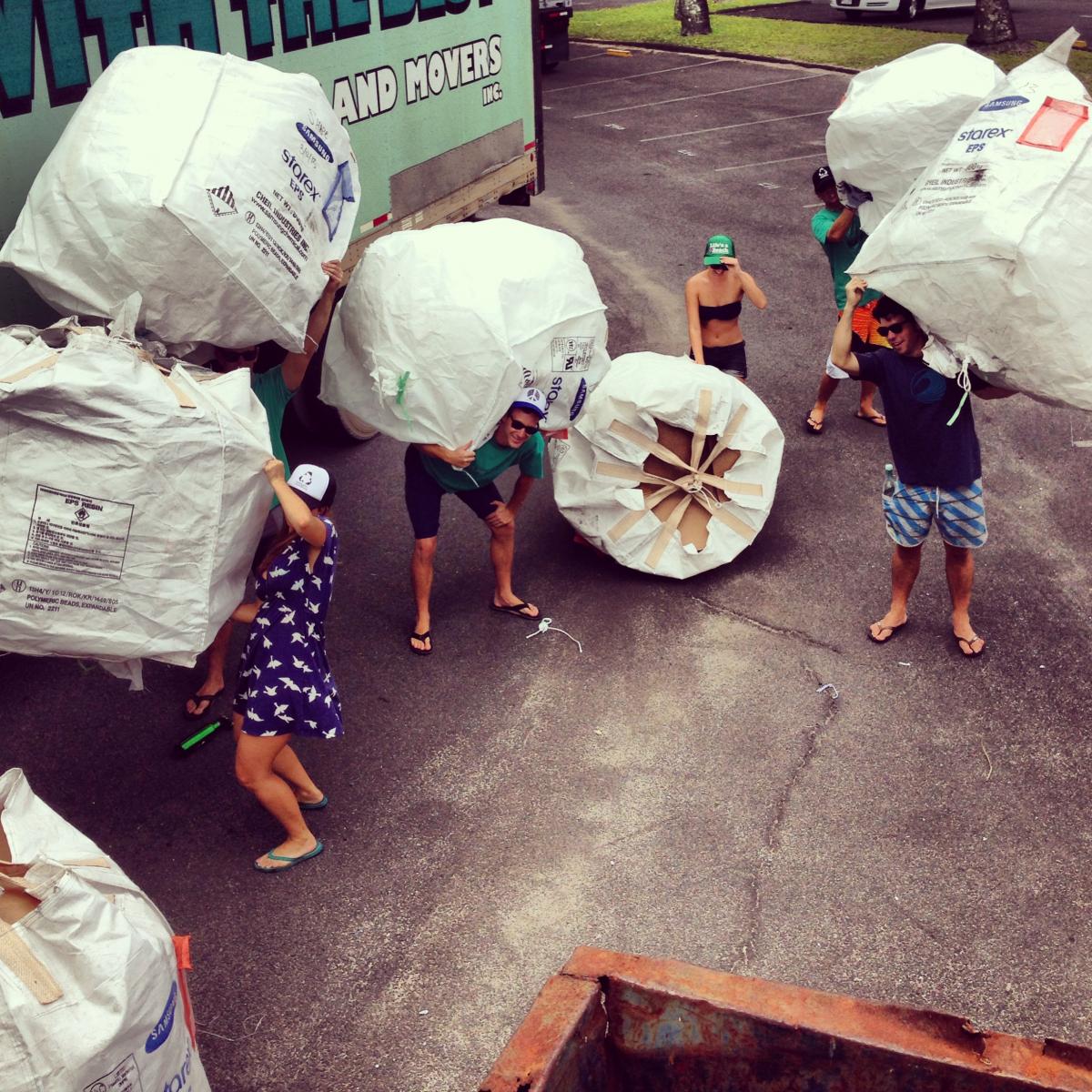 The notion of sustainable tourism is distinct from the eco-adventure sector – the idea of creating travel experience centered on a remote, often rugged, corners of the earth.

As you might expect, some destinations are more mature in their thinking — particularly Europe — than others, noted Deborah Popely, an associate professor with the Kendall College School of Hospitality Management.

Countries and cities doing the best are those working on sustainability broadly, not focused on tourism but on sustainability for their residents’ and visitors’ well-being alike. For example, Copenhagen is aiming to be carbon neutral by 2025, which requires that the tourism infrastructure is sustainable.

All of the northern Europe from Germany across the Netherlands to the U.K. and all the Scandinavian countries are at the forefront of sustainable tourism practices. This region leads others in a combination of traveler awareness and concern, travel provider engagement, government regulation, media focus.

The past 2-3 years have mostly seen a worsening at destinations due to the two mega trends of growth of Asian outbound travel led by China, and by the growth of the sharing economy. Over-crowding is discussed far more today than ever before, and destination managers are responding much too slowly to the challenges.

Islands present a particular concern: Their geographies limit the sorts of resources that might be available locally; they are particularly susceptible to rising seas; and their isolated, fragile ecosystems might not adapt easily to a sudden influx of human visitors. Popely cites the Galapagos Islands, which were almost "loved to death" before the local community intervened to establish strict policies about where tourists can go, where they can stay and how may of them are allowed at any given time.

Island nations that are exemplars of sustainability policies include El Hierro in the Canary Islands, powered completely by hydroelectric and wind power; the Azores off the coast of Portugal; and the Scottish isle of Eigg.

Also keep your eye on the Cayman Islands, where tourists outnumber the locals, said Roi Ariel, general manager of the GSTC. The islands approached the council in 2015 to ask for help in developing a strategy. This is to help tourism communities understand their current good practices, as well as their vulnerabilities.

One very real obstacle in the road to sustainable tourism is the relatively small size of many travel agencies.

One very real obstacle in the road to sustainable tourism is the relatively small size of many travel agencies, said Rachel Dodds, director of consulting company Sustaining Tourism. Because they don’t have the same notoriety as giant hotels, airlines, cruise companies and other travel powerhouses, many haven’t focused closely on the idea of sustainability.

"It’s really about trying to get people to understand this more holistically," Dodds said. "Obviously the industry needs to make money, of course; that’s a moot point. But if you have garbage outside your hotel, no one will want to be there. The industry needs to focus on having a much smaller impact by doing simple things."