The Obama Administration announced the first national standards for mercury and other dangerous emissions from power plants. Now these dirty plants will finally be forced to clean up pollution that causes developmental delays in children, asthma attacks, cardiac disease and cancer.

This is a huge breakthrough for the health of Americans families. In fact, it could be one of the biggest environmental accomplishments of the Obama administration.

Polluters and their allies in Congress may call these toxic air pollution safeguards an example of White House overreach, but the mercury standards did not begin with President Obama. Instead, they are based on longstanding laws that enjoy broad support around the country. And they have finally emerged into reality because of efforts started years ago in a place Tea Party and Republican leaders say they respect: the states.

That right. The elected representatives of tens of millions of people and the expert officials in numerous state governments fought hard for these standards for decades.

I know because I used to work in the New York State Attorney General's office, and we were one of many states suing the federal government for failing to protect our citizens from air pollution. We weren't the only ones pressing the case. Health departments, environmental agencies, and AG's offices from several states agreed pollution from power plants was a serious health hazard.

Northeastern and mid-Atlantic states bear an especially heavy burden, because we sit downwind of Midwestern coal-fired power plants. These dirty plants send mercury, lead, arsenic, and other pollutants into nearby communities, exposing them to a host of health hazards. Mercury, for instance, is a potent neurotoxin that harms developing brains of young children and fetuses. Fine particles from these plants contribute to asthma attacks, cardiac disease, and premature death.

While states have the authority to limit pollution at home, they have to rely on the federal government to reduce pollution from across state lines.

But the coal industry resisted pollution limits at every turn. The Clean Air Act, which was passed with bipartisan support and signed by President Nixon, ordered the EPA to reduce hazardous air pollution from power plants and other big sources back in 1970, but polluters threw up so many obstacles that virtually no progress was made for 20 years -- almost an entire generation. In frustration, another bipartisan Congress sent a stronger program to clean up toxic pollution to the White House, and President Bush proudly signed it into law in 1990.

But still many utilities resisted cleaning up their acts. Progress was so slow through the Clinton and Bush years that states and public health groups -- often including NRDC -- had to sue the government multiple times to spur action.

Finally, in February 2008, the U.S. Court of Appeals for the D.C. Circuit ruled that the EPA had illegally evaded its obligation to require deep reductions in mercury and other air toxics from power plants. The court even mocked the EPA in its unanimous ruling (PDF), comparing the agency to the capricious Queen of Hearts from Alice in Wonderland. That case was brought by NRDC, public health organizations and the elected representatives of millions of Americans and is entitled "State of New Jersey (and other states) v. EPA."

When President Obama entered the White House, his administration became responsible for fulfilling the court's order. EPA Administrator Lisa Jackson has taken this responsibility seriously. She's used the best medical science and expert analysis to draft standards that will genuinely protect our families from harm.

I applaud Jackson's leadership and welcome the White House's commitment to cleaning up the air. But I know these safeguards might not be on the books today if it weren't for the tenacity of the states and public health and environmental groups like NRDC.

This is not a case of a Democratic administration making up new rules out of thin air. It's a case of the states and other concerned Americans finally forcing the federal government to follow the laws of the land, the laws passed by Congress that -- unlike now -- acted in a strongly bipartisan fashion to protect all Americans.

And it's an example of how local leaders can solve health problems in ways that benefit all of us. Thanks to the states and groups that fought to reduce mercury pollution, Americans across the nation will now breathe easier. 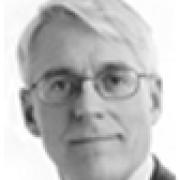 Energy-efficiency retrofits ramp up in China

Partnership, Persuasion, and the NRDC's Work with Georgia Pacific

See all by Peter Lehner