The long road to Rio: Why the UN kept the lights on last weekend

Rarely is a more diverse collection of people found under one roof than the 500 or so working around the clock last weekend at the United Nations to hash out "the document" -- a.k.a. the Zero draft of the outcome document -- being submitted to the Rio+20 Earth Summit later this month. Working in the spirit of international, multilateral agreement were diplomats, delegates, youths, farmers, community leaders, indigenous people, local authorities, NGOs, scientists, technologists, women groups, activists, workers and trade unions, multinational business and industry representatives, and nonprofit organizations of all kinds. They were scrutinizing every word in every paragraph seeking common ground. One thing that everybody clearly had in common was stamina.

Though there were plenty of newbies to the process, this was not new for the many veterans who have been dedicated to the pressing global issues addressed in the document since the first Earth Summit in 1992, also held in Rio de Janeiro. This year marks the 20-year anniversary of the first document in which so many sections were agreed upon, but few implemented.

Filling in the brackets

Among those people who have been party to the process nearly since its inception, is Remi Parmentier, who has more than 35 years in the environmental movement working with many of the key players in the UN and other intergovernmental organizations. (See his blog: www.chezremi.com.) As the weekend at the UN wore on, I asked Parmentier if he was disappointed in the lack of agreement in key areas of the document. He shed a new light on the term “agreement” for me, pointing out that if we resorted to the lowest common denominator, it would be a document of little substance. In the document, the bracketed areas of text -- the unresolved issues -- represent areas where the envelope was being pushed. Remi Parmentier writes:

It is true there is at this late stage far too much square bracketed text reflecting disagreements in the overall negotiating document, hence it is going to be a real challenge to negotiate on so many issues in Rio and to get an outcome that makes sense. But at another level, it is important to recognize it is a good thing that countries that have a progressive agenda haven’t caved in completely. UN processes are too often a race towards the lowest common denominator, but the large amount of square bracketed text shows that we’re not there yet, even though what is considered “progressive” in the text could and should be stronger. If there was no key square bracketed text, there would be no tension, no drama, hence no story, hence little to report from Rio.

The New York-based diplomats are very good at maintaining and defending the positions of their respective countries, but by definition they do not have enough of a mandate or the necessary flexibility to negotiate in earnest; only the politicians can do that. So now that the negotiation is moving to Rio and the politicians are going to become involved we must maintain hope that real progress can be achieved by them. In a way it is a blessing that the diplomats haven’t dived into the lowest common denominator as they often do too fast, before handing it over to the politicians. It is not too late, almost everything is possible now, within the constraints of the negotiating text, if the governments come to Rio with a strong political will.

A triathlete in the race

Chantal Line Carpentier, the Sustainable Development Officer & Major Groups Program Coordinator of the UN Department of Economic and Social Affairs Division for Sustainable Development, has the task of coordinating the “Major Groups” throughout the Rio+20 process, including on the ground in Rio. What is evident in Carpentier is an in-depth understanding of the issues, the endurance of a triathlete, which she is, and a knack for “herding cats,” as the expression goes. She remained composed and incredibly organized throughout the process.

In an interview with Civicus, the world alliance for citizen participation, Carpentier said, “My hopes are high because the stakes are high. While countries have made some progress on changing unsustainable patterns of consumption and production over the last 20 years, in the context of escalating economic and environmental pressures, and increasing populations, overall things have worsened. We are using resources at an increasing rate and the gaps between rich and poor are widening. Most of the world’s ecosystems are in decline. Meanwhile, more than one billion people lack access to food, electricity or safe drinking water.  When you consider all that, it’s not really surprising that social unrest is on the rise.”

Nearing the end of the road

The last of pre-negotiations to Rio+20, now just two weeks away, concluded Saturday night with the book launch of Only One Earth, by Felix Dodds, Executive Director of the Stakeholder Forum, and Michael Strauss, with a foreword by Maurice Strong, Secretary-General of the Earth Summit in 1992.

Strong writes:  “In the same way that banks succeeded at privatizing the profits and socializing the losses as they led the global economy to the brink of collapse, we are in danger of doing the same with the environment. Humanity has taken a huge leap in the last decades and become a planetary-scale force – we need to behave as a global civilization if we are not to face catastrophic consequences.”

The book looks back over what has been achieved in the past 40 years since the United Nations Conference on the Human Environment in Stockholm and the first Earth Summit in 1992, and ahead to what critically needs to happen at Rio+20 and beyond.

This excerpt from Only One Earth is especially pertinent to Rio+20:

Rio+20 is a unique opportunity to make the “change-of-course” called for by business leaders at the Earth Summit in 1992. It requires fundamental changes in the way in which we manage the activities through which we impact on the Earth’s sustainability. This will require a degree of cooperation beyond anything we have yet experienced at a time when competition and conflict over scarce resources is escalating.

Underscoring this were the closing remarks of Sha Zukang, Secretary-General of Rio+20, that commended everyone for their tireless efforts but also referred to the document as a far cry from the focused political document mandated by the General Assembly. “We have had an intense week of negotiations, and I sense real progress. Still, as everyone in this room is well aware, we have much hard work ahead of us in Rio. I have listened to both the plenary discussions and many of the informal splinter group discussions. I sense a real dialogue; a real willingness to find common ground. This spirit is encouraging, and we must carry it to Rio. Yet, we must drastically accelerate the pace of our negotiations,” said Sha. “We need action. We need government commitment to action, in the outcome document. And we also need voluntary commitments from all stakeholders.”

The next and final Preparatory Committee meeting will be held in Rio June 13-15, just ahead of the Rio+20 Conference itself, held from June 20-22. The Rio+20 Secretariat has also opened a registry of commitments on the Rio+20 website that is designed to complement the government-ratified outcome document. To join the global conversation, visit Rio+20: The Future We Want. 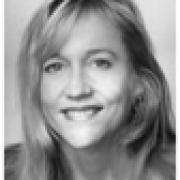 How to Ensure Green Businesses Have a Voice in Rio+20

Conscious Consumers in a Nutshell

See all by Martha Shaw