The long view: A conversation with RMI's CEO Jules Kortenhorst

After hosting a workshop for a company on how it could purchase renewable energy in 2013, Rocky Mountain Institute CEO Jules Kortenhorst said the organization quickly noticed an opportunity.

"We came to realize that more and more corporate executives are making commitments to renewable energy," said Kortenhorst. "But then their energy teams, or procurement departments, don’t really know how to implement it.”

Today, the organization’s membership has increased to 178 members — and 93 percent of total corporate renewable energy deals involved a BRC member.

More and more corporate executives are making commitments to renewable energy... but then their energy teams, or procurement departments, don’t really know how to implement it.

Kortenhorst told me that corporate demand for renewable energy will only continue to increase, in part because renewable energy has a fixed price and companies don’t have to deal with the volatility from fossil fuels.

He said that businesses interests in purchasing renewables will continue to grow even with the uncertainty of the Trump administration’s energy policies.

"The incoming administration doesn’t change the relative economics of wind vs. solar vs. gas vs. coal," said Kortenhorst. "This about long-term economic success — this is not about short-term benefits."

Although President Trump has expressed support for traditional fossil fuel production and skepticism about climate change, Kortenhorst doesn’t see Trump’s policies as having a material impact on corporate demand for renewable energy.

A week after the election, RMI electronically polled members of the Business Renewable Center for their thoughts on the impact of the new presidency on the corporate renewables market in 2017.

The incoming administration doesn’t change the relative economics of wind vs. solar vs. gas vs. coal. This about long-term economic success — this is not about short-term benefits.

"There is a bit of a buzz on the street, sort of what is the general climate," said Kortenhorst. "But in terms of the actual economics, I don’t think there is a material change."

In addition to companies already having strong commitments to purchasing renewable energy and the price stability of renewables, Kortenhorst said that much of the emphasis of the energy sector is focused on the state level.

Individual states, Kortenhorst said, largely set the regulatory framework for whether renewables are competitive, which wouldn't change under the Trump administration.

But if the underlying economics remain the same, how do businesses accelerate the transition to clean energy?

Kortenhorst said that the role that businesses play is crucial: If businesses continue to scale up their clean energy technology, the market’s costs for these technologies will begin to drop, providing a benefit for everyone.

"The first and foremost role is that businesses need to continue to drive these technologies on the basis of economics," said Kortenhorst. 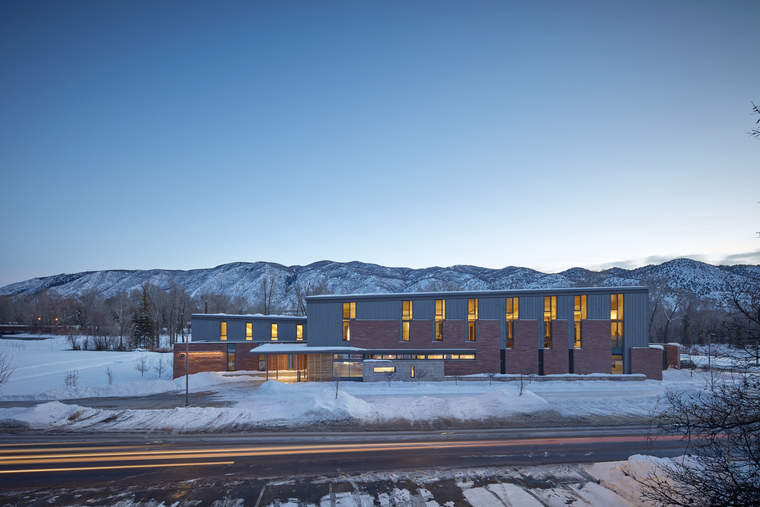 RMI originally was founded in 1982 by Amory and Hunter Lovins in Snowmass, Colorado, with the goal of finding market-based solutions to a low carbon economy.

Amory Lovins, chief scientist and chairman emeritus of RMI, is regarded by many in the field as a green energy guru. He was a MacArthur Fellow in 1993 and was named one of Time magazine’s 100 most influential people in 2009.

"One of the fun things about working at RMI is that I got to meet so many people who said, 'Oh, I got to know Amory,'" said Kortenhorst. "Or, 'Amory came to give a speech at my college,' or, 'When I was younger, I read Amory’s book.'"

Having read Amory Lovins' work early in his career in the energy field, Kortenhorst said that it was an honor when RMI’s executive search committee offered him the position as CEO in 2013.

But Kortenhorst's background differs from Lovins'. While Lovins' background was in physics and environmentalism, Kortenhorst’s background initially was rooted in business and the private energy sector working for Royal Dutch Shell.

One of the fun things about working at RMI is that I got to meet so many people who said, 'Oh, I got to know Amory.'

"In looking for some way to give back to society, I came to realize that the issue of climate change is the biggest issue that we face as humanity," said Kortenhorst.

After working at Royal Dutch Shell for eight years, he served in the Dutch Parliament from 2006 to 2008. He was later CEO and founder of the European Climate Foundation, which advocates for climate change policy development and sources of low-carbon growth in Europe.

The organization has grown significantly under Kortenhorst’s tenure as CEO. At the end of 2016, RMI’s revenue has increased to nearly $30 million from $16.4 million in 2013.

The organization also opened offices in New York, Washington, D.C., and has 164 total employees, up from 70 when Kortenhorst arrived. Additionally, it merged with Richard Branson’s Carbon War Room in 2014, which looks to advance a low-carbon economy through business-led market interventions.

The business opportunity of energy efficiency

The transition to a low-carbon economy goes beyond the using clean energy, according to Kortenhorst. It also involves improving energy efficiency and reducing carbon emissions in the transportation industry.

"If you look at the history of RMI, Amory started the organization as much from the understanding and the appreciation of the huge opportunity for energy efficiency as well as the opportunity for renewable energy," said Kortenhorst.

RMI’s most recent annual report stated that the commercial real estate industry is forgoing 75 percent of positive net present value by not investing in energy efficiency.

One way RMI is working on energy efficiency is by partnering with a portfolio of investor-owned buildings and a management company to retrofit more than 23 million square feet of large commercial office buildings.

One way RMI is working on energy efficiency is by partnering with a portfolio of investor-owned buildings and a management company to retrofit more than 23 million square feet of large commercial office buildings.

It also has worked with the federal General Services Administration (GSA) to retrofit properties to reduce the total energy consumption of the buildings by 40 percent, saving the GSA more than $120 million over the 22-year term.

Rocky Mountain Institute was founded based on finding market-based solutions to a low-carbon economy, and Kortenhorst said RMI’s mission will remain the same under Trump.

"We are carrying on in the same direction," said Kortenhorst. "The economics are still there and the industry focus is in our benefit."

Kortenhorst added that in order to combat climate change, the burden goes beyond the U.S., which is why RMI has been working intently with Chinese NGOs, cities and businesses to meets its clean energy and efficiency commitments.

In 2013, RMI published "Reinventing Fire: China," a guideline for cutting Chinese carbon emissions and energy use by 2050, producing a net economic benefit of more than $3 trillion.

Kortenhorst said that China is taking the initiatives to cut greenhouse gasses seriously, and the National Energy Association recently reported that China will invest $361 billion in renewable power generation by 2020.

"Part of why this is relevant to the Trump administration is that this is about competitiveness," said Kortenhorst. "This is about being able to keep up with China, with India, with other countries that are rolling out these technologies just as fast."

GreenBiz workshop will explore the business of the electric grid