Low-carbon tech: opportunity in the trillions

It’s not going to be easy, forging a binding international agreement capable of cutting emissions to levels scientists say will prevent the worst impacts of climate change — much less following through with it — but a joint public and private initiative from the World Business Council for Sustainable Development claims it can get us 65 percent of the way there while sparking economic growth.

If its ambitions are realized, LCTPi said it could help overcome market barriers and failures to create new investment opportunities and channel finance towards the low carbon economy, providing $5 trillion to 10 trillion of business opportunities and millions of jobs between today and 2030.

Through the initiative’s nine focus areas, businesses have been developing plans to catalyze the research, development, demonstration and deployment of low carbon technologies across the important areas of the economy.

Today at COP21 in Paris, LCTPi unveiled updates on each focus area. Here are the highlights from some key focus areas:

Renewable energy capacity can more than double by 2025

Solar, wind and hydropower are reliable renewable energy technologies that are increasingly competitive, LCTPi said, and 1.5 terawatts of additional capacity can be deployed before 2025. This deployment could reduce cumulative global carbon emissions by 13 gigatons by 2025 and by 35 gigatons by 2030. 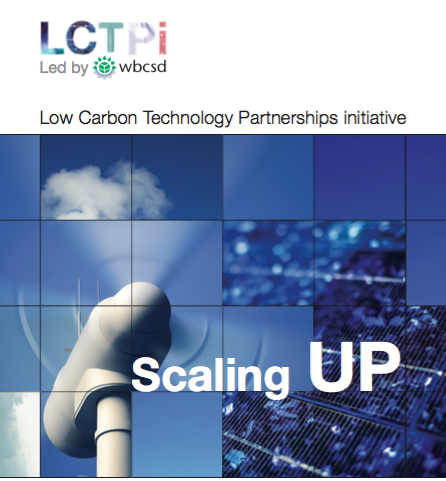 To help overcome the key barriers to renewable energy growth, LCTPi recommends businesses proactively engage with policymakers and regulators to promote efficient, reliable, effective and commercially viable integration of renewable energy into grids and electricity markets. Green bonds also should be scaled up by limiting risk through more robust verification and improved transparency.

At least 1 gigaton of carbon dioxide will need to be stored annually by 2030, according to the IEA, which would add up to between 500 and 1,000 carbon, capture and storage projects. But this is a far cry from today’s meager 27 megatons of carbon stored each year — and at the current rate of deployment we would achieve only about 100 megatons by 2030.

A lack of economic incentives is stunting the growth of this technology, LCTPi said, which is why it is proposing the trial implementation a Zero Emissions Credit, or ZEC. One ZEC would be granted to a carbon, capture and storage project for each ton of carbon captured and stored, which would provide a revenue stream for the project by having value in the global marketplace. This value would come from compliance-based systems at a national level where capture and storage of some amount of carbon becomes a requirement.

Until the ZEC is widely recognized, LCTPi is calling for the creation of a provisional Zero Emissions Credit Development Fund to drive early demand.

As an "industry of industries," the chemical sector plays an important role in the transition to a low-carbon world, LCTPi said. Granted, the manufacturing of chemical products is associated with greenhouse gas emissions. The use of many of these products can contribute significantly to global emissions abatement in other sectors.

In the building sector, the chemical industry can provide the advanced materials for improved, cost-effective insulation; renewable energy harvesting and storage; the phasing out of critical materials; sustainable urban living and mobility concepts; zero waste building materials; and the efficient use and reuse of water, to name a few.

To reduce the chemical industry’s direct carbon footprint, hydrogen can be generated via renewable energy and carbon dioxide use, which enables the production of various chemicals including methanol, methane and ammonia. Producing chemicals from waste and biomass also offers lower-carbon opportunities.

The world’s forests store 638 gigatons of carbon, more than the amount of carbon that is stored in the entire atmosphere. And deforestation contributes 17 percent of global carbon dioxide emissions, according to the U.S. Environmental Protection Agency, about as much as the transportation sector.

To better protect forests, LCTPi recommends promoting certification for sustainable fiber sourcing. Half of all materials in the global economy also should be made from forest-based renewable resources by 2050.

Looking at the pulp sector specifically, LCTPi said there currently are technologies in the pre-commercialization phase that reduce the emissions intensity of pulp processing by up to 70 percent, which could displace processes that use fossil fuels and free up surplus energy from biomass to be exported to the electricity grid.

The second pillar is climate change resilience, incomes and livelihoods ambition, which focuses on strengthening the climate resilience of agricultural landscapes and farming communities to successfully adapt to climate change through agroecological approaches appropriate for all scales of farming.

Climate change mitigation ambition, the third and final pillar, calls for reducing emissions by at least 30 percent by 2030. Not all these reductions will be at the farm level, LCTPi said. A major portion also will be achieved through reducing food waste up to the point of sale to the end consumer, in line with WBCSD’s Action 2020 to halve food waste.