Lyft is buying carbon offsets to cover all of its rides

That's more than 1 million trips daily across the U.S.

Ride-sharing company Lyft is making a major move to reduce the greenhouse gas emissions associated with the hundreds of thousands of vehicles in its network, which provide over a million rides a day to passengers around the United States.

San Francisco-based Lyft announced today that it’s investing seriously in buying carbon offsets, a move that it said will make every ride in a Lyft vehicle "carbon neutral."

The initiative builds on a broader commitment that the company made in July, when it pledged to adopt measures that would reduce carbon dioxide emissions related to the transportation sector by at least 5 million tons per year by 2025. As part of that promise, Lyft has set a goal of providing "at least 1 billion rides per year using electric autonomous vehicles."

As Lyft and Uber continue to compete fiercely over customers and drivers, Lyft is positioning itself as the friendlier alternative to Uber — and this commitment to address CO2 emissions is a big part of that. Ride-sharing companies have come under fire in recent months for contributing to increasing congestion in some cities, and only a small fraction of ride-sharing drivers use electric vehicles.

Because Lyft doesn’t own the vehicles in its network, it has to be creative for how it addresses its greenhouse gas emissions reductions. The company also offers carpooling services, which can make riding more efficient.

Lyft's founders anticipate buying enough offsets for over 1 million metric tonnes of carbon emissions in the first year of the program.

Offsets are credits that are earned or bought by investing in projects that reduce greenhouse gas emissions, such as preserving forests or converting methane from livestock waste into electricity. Lyft says its offset projects, managed by 3Degrees, will be in close proximity to its largest markets and will all be in the United States.

Some big companies, many of them prominent consumer brands such as General Motors, Delta Airlines and Expedia, voluntarily buy carbon offsets as a part of their carbon emissions reduction strategies. Other companies in states and countries with cap-and-trade programs buy carbon offsets to meet those mandates.

The practice of buying carbon offsets can be controversial because it can be seen as a way to act publicly but without taking important steps to reduce the greenhouse gas emissions associated with a company’s direct operations. As corporate decarbonization strategies evolve, they tend to include more direct actions and rely less on offsets.

But for many companies, buying offsets can be a first step to make greater sustainability decisions and can be an important forcing function. 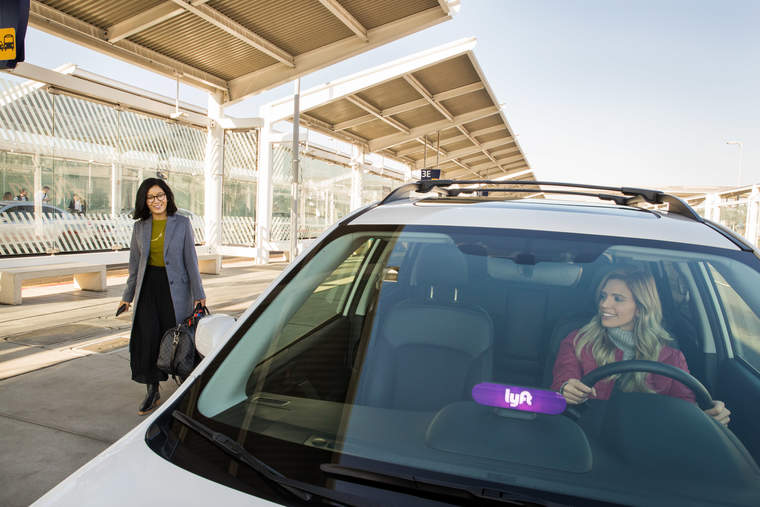 In a blog post about the new program, co-founders John Zimmer and Logan Green write:

This action is not the full solution, but a real step forward. . . we’re building into our business a strong financial incentive to pursue shared rides and the displacement of gasoline-powered vehicles. The more shared rides and clean vehicles on the platform, the fewer carbon offsets we will need to purchase.

Noah Deich, executive director for the Center for Carbon Removal, described Lyft’s carbon offset program as "a great first step and something that should be replicated by companies everywhere." He added that the initiative will help Lyft get started on a longer-term solution for greenhouse gas reduction.

Deich said that other ways that a company such as Lyft could work to lower greenhouse gas emissions is by using its political clout to advocate for policies such as fuel efficiency standards or electric vehicle incentives.

While Lyft didn’t disclose the size of the investment in its offset program, its founders said they anticipate buying enough offsets for over 1 million metric tonnes of carbon emissions in the first year of the program.

If the company was paying a range of $2 to $10 per metric ton of carbon, a million metric ton investment could cost between $2 million to $10 million for the first year. Lyft expects its investment to grow over the years as the number of rides in its network continues to grow.

Despite that Lyft has a reportedly $11 billion valuation, the offset investment is still significant, particularly for a privately held company. Lyft stated it’s purchasing enough offsets to make it "one of the top voluntary purchasers of carbon offsets in the world."