[Editor's note: This is the second post in a six-part series from environmental nonprofit EarthShare. Read the first one -- on employee engagement -- here. Mary MacDonald, the author of this post, is the senior vice president of national business development at EarthShare.]

It takes years to build a workplace culture centered on volunteerism and giving. At EarthShare, we often see companies struggling to decide which causes to support and how to establish a culture that prioritizes sustainability.

These challenges are compounded when companies with very different approaches to sustainability come together.

I recently spoke with two people who have hands-on experience with such mergers: Martha Field, manager of community relations at Thomson Reuters, who spearheaded community involvement through Thomson West's acquisition of Reuters, and Michael Carren, JPMorgan Chase’s vice president and director of employee engagement and financial education, who has built his company’s corporate social responsibility program from scratch.

The newly formed Thomson Reuters came up with a strategy that prioritized workplace giving within the organization. By highlighting community outreach stories, celebrating successes and making sure employees could choose their volunteer work, Field believes Thomson Reuters is now on the right track.

"We are still very grassroots-oriented but we're increasingly seeing greater emphasis from the leadership team to engage and stress the company's commitment to giving and community involvement," she said.

For Thomson Reuters, this meant moving away from the foundation as the focal point and developing a more integrated approach that empowered its employees and offered more choice.

Carren began his career at JPMorgan Chase at the tail end of a large series of mergers at the bank. He said his first challenge was the lack of a centralized function to coordinate the bank's corporate social responsibility efforts.

"I was hired to put together a strategy that effectively engaged our employees and was adequately supported by the company's resources and commitment to our community," he said.

According to the Cone study, the number one reason why employees don’t get involved in community outreach programs is the lack of "adequate or relevant opportunities being offered." Carren created volunteer opportunities that empowered employees to act as local leaders and make decisions according to their local economies to deploy resources as needed.

Thinking of employees as a marketplace helped significantly, he said.

"Once you have that mindset in place, community involvement becomes a set of tools for employees to function most optimally," he said.

JPMorgan, with the help of EarthShare, created a palette of choices for its employees that allowed them to choose where to devote their time, skills and money without feeling pressured to support any one particular cause.

Integrating sustainability and giving into the work culture

What advice can the two offer to other community involvement managers as cultures merge, industries contract and the economy stabilizes itself?

It all comes down to some clear practical steps, Carren said.

"Build it one conduit at a time. And remember that the culture on the ground and in the global marketplace will differ," he said. But he also offered a word of caution. "You must be prepared to give local teams the support and context for the causes and issues they feel most strongly about," he said. “[And] don’t be heavy-handed.”

Field said it’s important to acknowledge that things are changing.

"We are still very much at the development stage and slowly figuring out how to continue and encourage volunteerism and workplace giving while creating a strong platform for sustainability," she said. "The workforce is becoming more vocal by the day. It is crucial that companies find partners who can educate employees and offer stories from the ground and show them [employees] how they can help make a difference." 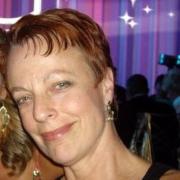