Makeover artists: How the beauty and personal care industry enhanced its sustainability

It started with Target and Walmart, and is progressing with more retail giants after three years of conversation, conflicting priorities and compromise.

It started as a dialogue about "ingredients of concern" in cosmetics and other personal care products, orchestrated by rival retailers Target and Walmart.

Three years later, that ongoing conversation — facilitated by the Sustainability Consortium and Forum for the Future, and representing 18 industry stakeholders — has produced an ambitious series of recommendations that guide principles of sustainability for this class of consumer goods and how these metrics should be disclosed.

The most tangible result of this unusually tight-knit collaboration is an assessment tool published this month that will be used by TSC and the participating retailers — starting later this year and on their own schedules — to harmonize how sustainability metrics are collected and rated for beauty and personal care products.

Five retailers have committed to evolving their rating system (so far): the two big ones that kickstarted the effort as well as CVS Health; Sephora; and Walgreens.

"We believe that, over time, this tool will be valuable in both evaluating the sustainability of the products we sell at CVS Pharmacy and increasing the availability of sustainable products more broadly," said Eileen Howard Boone, senior vice president of corporate social responsibility and philanthropy at CVS Health.

We came to the realization that everyone could go off and do something on their own, or we could come up with an approach that was palatable.

The group of retailers hopes others will embrace this approach now that it’s public, particularly retailers with substantial e-commerce sales. "We have published the work, we really are going to use 2018 to continue to learn," said Euan Murray, CEO of TSC. "How is this implemented in practice? What do retailers and brands need? There will be a structured process to main the work and find areas to improve. We’ll also look for anyone who wants to step in and help."

The participating consumer goods companies likewise plan to embed these principles into their individual sustainability frameworks, so that it’s easier for them to comply with information requests without compromising their individual priorities. Among those that had a say in the recommendations were Burt’s Bees, Colgate, Eastman Chemical, Henkel, Johnson & Johnson, Method, Procter & Gamble, Seventh Generation and Unilever. Fragrance company Firmenich and the Environmental Defense Fund were also part of the project.

While the technical documents developed by the committee are publicly available, companies interested in taking an active role in the beauty and personal care (BPC) project must be approved by the group’s leadership team. There’s also a fee to join. TSC declined to provide details on the cost, but there’s a discount if the company is a broader TSC member.

More than just a facelift

While industry collaborations aren’t exactly unique, this makeover wasn’t just skin-deep — which distinguishes it from other industry-led attempts to clarify the "rules" of product sustainability. It took three years of facilitated, face-to-face meetings, a harmonization of corporate lexicons, a crash course on competing approaches and compromises on individual agendas to come up with the technical recommendations.

"The combination of good intentions and having key customers be involved and stick with it made it simpler to justify the time and resources required for this," said Matt Kopac, manager of sustainable business and innovation for the Durham, North Carolina-based Burt's Bees, which is owned by Clorox. "It would have been easier to spend less time, if we didn’t have the brands who were showing leadership in the room."

Forum for the Future focused on identifying and refining the areas of focus from the heterogenous stakeholders, while TSC is handling the technical aspects of the resulting rating system.

When the process began in the fall of 2014 with a meeting-of-the-minds summit called by Target and Walmart, many of the approximately 75 companies in the room were at different places in their journey. Very few had a formal system in place for managing information about chemicals of concern such as triclosan, diethyl phthalate and the various preservatives that release formaldehyde. The retailers requesting information weren’t consistent about the data they needed, and each manufacturer had its own timetable for addressing certain substances. 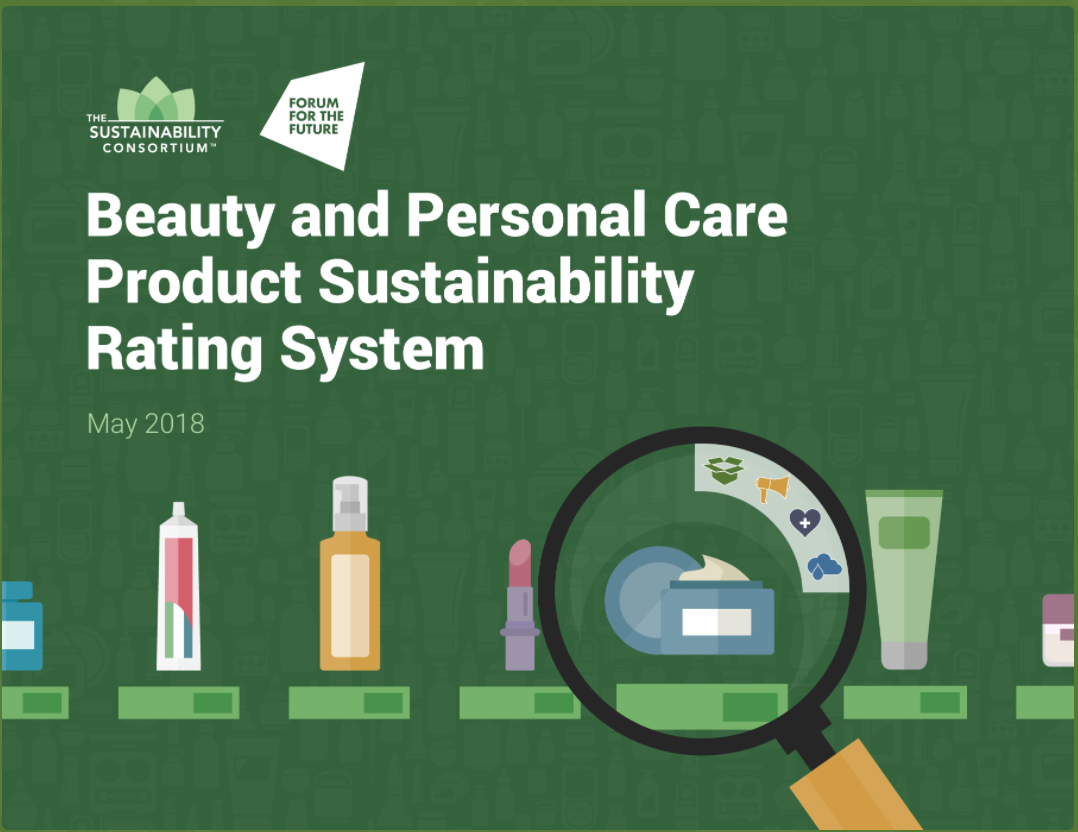 Not everyone in the room for that first meeting opted to move forward with the collaboration, but the group’s existence is already having a ripple effect in the sense that the conversation about chemicals has been elevated to much higher prominence, said Georgia Rubenstein, lead system change designer for Forum.

As the toolkit rolls out this year, that will trigger even more "clear market signals" about the direction the industry is following. "This is so far beyond compliance," Rubenstein said.

"One of the beauties of the Forum’s approach was not to take any one company as an example of what was required but seeking inputs from all of the companies," said Martin Wolf, director of sustainability and authenticity for Seventh Generation, the Burlington, Vermont, cleaning products company that is now part of Unilever. "We think it’s important for everyone to have this dialogue. Input was solicited face to face, and we had design sprints to address the barriers." (Unilever and Seventh Generation participated separately in order to emphasize the respective priorities of their brands.)

There were definitely some rough patches, which threatened to collapse the effort. It took a long time for the participants to agree on a common definition of "toxicity" and how to tackle antimicrobial preservatives. Ultimately, the group opted to adopt the work being done on preservatives by another organization.

The assessment framework published in early May (PDF) includes 32 key performance indicators (KPIs) that fall into four thematic areas: packaging; disclosure; human health; and supply chain and the environment. From the manufacturers’ perspective, the harmonized rating system is a step forward, one that allows them to discuss their priorities in a common way but that still allows for differentiation.

As TSC notes in the technical document: "Although retailers will be independently applying this system and providing brands with incentives to achieve their sustainability goals, it can be used proactively by brands to highlight individual products in their portfolio that represent the best of the best in product sustainability."

The new approach won’t significantly impact Seventh Generation’s processes significantly, but it will require the organization to document better and be clearer with some of its policies, Wolf said. "One of the nice things about the BPC criteria is that they are not put through as absolute," he said.

The same is true for Henkel and for Burt’s Bees, which anticipates making an adjustment to the platform it uses to track this information. "We like other companies have an internal analysis that we do evaluating our choices on a wide range of aspects," Kopac said. "We will continue to do this."

For CVS Health, embracing the new rating system will require additional resources and an upfront investment, Howard Boone said. But the company, which announced a sweeping new chemicals policy in mid-2017, sees a payback. "We believe the return on investment will be apparent through our ability to better provide our customers with the products they are looking for," she said.

Getting other participants of the BPC value chain to embrace the TSC working group’s approach will be a priority for all the members. "The public nature of the documentation encourages me," said Boma Brown-West, senior manager of consumer health for EDF. "There are other groups who weren’t involved, but they can use this and see if it fits."

In an emailed response to GreenBiz’s questions about the new rating system, Henkel said it actively will engage with its retailers to embrace the rating tool. "We believe that the tool is a well-founded starting point to an industry standard that will be actively managed and evaluated for continuous improvements," the company said in an emailed statement.

That’s important because the retailers represented by the TSC group represent just one slice of the channels selling BPC products. For perspective, they represent less than half of the overall sales volume for Seventh Generation, Wolf estimated.

It will be particularly important to get companies with a major e-commerce presence, including Amazon, on board, Kopac said. "It would be a positive and important step to bring them in, also a slew of other retailers who are getting the same messages from consumers," he said.

Amazon is a TSC member, and uses the consortium’s tools, but it is not currently part of the BPC initiative.