This is the second in Sue Lebeck's four-part series "Previewing the possible for smart cities." The first installment addressed energy, tech and water.

Standards, pre-standards and potential future standards relevant to the smart cities of the future are emerging — through new paradigms, city-centric networks, alliances and consortia and certification bodies. The best practices and more that arise from these efforts will provide or inform the standardization which will lead us to 21st century new normal for cities.

This continuing brief compilation of emerging standards reveals the breadth of smart city subject, the value of collaboration, the opportunities for innovation and the potential for 21st century transformation.

"Bus Rapid Transit is an efficient, high capacity and cost effective transit solution that many C40 Climate Leadership Group cities are using," according to the C40 BRT Network. "Well-planned and delivered BRT systems with clean buses can provide 'metro-quality' service at a fraction of the cost." BRT can be configured specifically for the physical environment in which it operates. C40 cities in Brazil and Colombia have published their own BRT lessons [PDF].

Streetline, an innovation leader in the realm of smart parking, is increasing its city-sensing capabilities to include sound and road temperature. Spotted early by IBM's SmartCamp program, Streetline now works in collaboration with many players to shape the new normal.

Cisco's "Connected Boulevard," the world's first Internet of Everything proof-of-concept for a smart city, is among the initiatives using intelligent parking solutions and smart circulation technology to tackle city traffic.

Meanwhile, the efficiency of those vehicles still circling for parking is increased through stricter fuel standards. In addition, more carbon-neutral biofuels such as those certified through the nonprofit Roundtable on Sustainable Biomaterials (RSB offers a toolkit) may increasingly replace their fossil-based counterparts.

Multiple organized efforts continue the drive toward a widespread clean EV alternative. The Electric Vehicle Standards Panel of ANSI has developed a standardization roadmap for EV infrastructure, and the C40 Electric Vehicle Network is working with climate-leadership cities who feel cleaner vehicle technologies are "crucial to reducing their transport emissions." Creatively connecting the dots is Madrid, playing with a potential future standard practice where polluting cars pay more at smart parking meters. 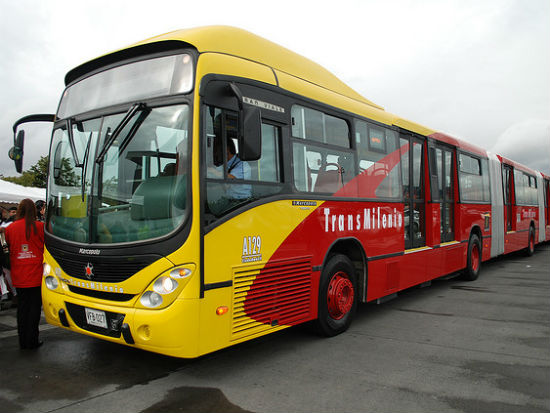 New normals can be expected over time as transit solutions emerge to address the pervasive "last-mile problem" of the urban commuter. Others will emerge to meet the mobility needs of the aging Baby Boomer generation, and perhaps to integrate whole new technologies such as the driverless car.

A new normal for cargo transport into cities may emerge through efforts such as the business-led Clean Cargo Working Group.

EcoMobility SHIFT, a total quality management scheme for cities developed by ICLEI — "the global cities network" — offers cities "the SHIFT tool, [to] measure their existing transport performance and identify the areas for improvement."

Transportation and the built environment come together with emerging models such as Schindler's destination-dispatch system PORT, which recognize the role of efficient vertical mobility in the urban connectivity puzzle.

CJ Boguszewski is global director for Smart City Applications, whose company Silver Spring Networks is helping set ANSI C136 Standards for Roadway and Area Lighting, and helping define a management software interface for Outdoor Lighting Networks through the TALQ Consortium. Boguszweski explains, "Lighting is an on-ramp to a Smart City because it connects through standards that won't create a vertical, locked-in silo for a city's lighting department for years to come."

Still, "standards in the smart grid and smart lighting spaces only scratch the surface on what is needed for smart cities to truly become the global norm," adds Boguszewski.

"LED (light-emitting diodes) are revolutionizing the energy efficiency of lighting," according to The Climate Group, an international non-profit promoting a prosperous, low-carbon future. Its LED report provides practical guidance for policy makers and lighting managers who want to scale up and finance large-scale LED retrofits. 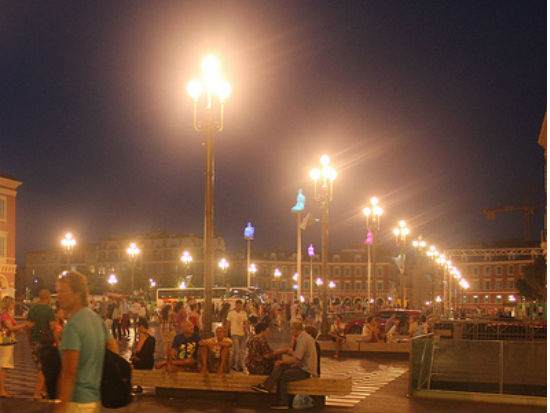 However, "[although they] have proven economic value … they are nowhere near 'business as usual' or mainstream." In fact, "In 2011, Rick Fedrizzi, the founding chair of the USGBC, noted that another $10 trillion in inefficient, 'carbon-hungry' real estate around the world exists and has yet to be retrofitted."

To that end, the Environmental Defense Fund's Investor Confidence Project has developed a suite of Energy Performance Protocols, to promote whole building retrofits as well as single-system upgrades. "The protocols … are aimed at boosting investor confidence in the resulting savings," according to Matt Golden, a consultant to EDF. In addition, appliance energy efficiency performance standards are an effective tool for ensuring that the appliances outfitting that real estate operate efficiently.

Smart Building Management Systems, which manage systems ranging from ventilation to power use, can facilitate by smart energy efficiency management. Today's BMS systems are often proprietary, but they can become more plug-and-play through the development of a common architecture and standard interfaces. Some vendors already are integrating Internet protocols and open standards. LEED v4, the world's dominant green building standard, recently has incorporated life cycle analysis and sustainability of building materials into its voluntary rating system. UL Environment has developed sustainability standards for building-relevant materials. In a separate effort, the Inventory of Carbon and Energy is a freely available embodied energy and carbon database for building materials developed at the University of Bath in the U.K.

A living-system view is increasingly important in the built environment. Porous asphalt, explained and promoted by the National Asphalt Pavement Association (NAPA), provides an easy non-proprietary solution for managing storm-water while promoting infiltration and improving water quality. Other urban ecosystem services are the subject of ICLEI's BiodiverCities program. And the aspirational Living Buildings standard may push the built environment into a further vibrant direction.

A plethora of sustainability reporting standards for real estate, including GRESB, CDP, GRI and SASB, are driving increased transparency — and with it, increased performance.

Sustainable performance is an issue not only for the developers, owners and stewards of the built environment, but for their visiting users as well. The ASTM Green Meeting Standards address the destination, accommodation and transportation provided by a hosting venue; hotel chains have joined forces to develop carbon emissions reporting and supply chain standards for their industry.

Next up: carbon and climate, resilience and community.