In an effort to reframe the renewable energy conversation in the U.S., many pundits have resorted to good old-fashioned competition.

And who better to serve as antagonist? The one country that seems to make everything these days: China.

China currently makes nearly half of the world's solar modules and is far and away the world's leading producer of the silicon-based cells.

But by exporting 98 percent of that product, the country hasn't made much of an effort to power itself with the sun. Until now.

China has set an audacious goal of 10 gigawatts (GW) of solar power by 2020. Putting that into perspective, the world today has, in total, a little over 6 GW of installed solar photovoltaics.

Similar growth in wind production can also be expected, judging by the country's aggressive expansion in the sector. 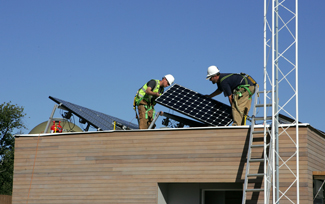 But the U.S. isn't exactly lollygagging around. In fact, the country has seen a steady climb in solar growth. And despite a rocky economy in 2009, the domestic PV industry still managed to expand by 38 percent in installed capacity, while total installed cost of solar panels and systems dropped by 10 percent.

The solar power industry is expected to grow in the coming years, but it's uncertain at what pace, or whether it will be great enough to compete with more traditional sources of electricity generation, such as coal.

As environmental and economic concerns surrounding fossil fuel use mount, Rocky Mountain Institute believes that solar PV offers enormous potential to enable a low-carbon electric system and to stimulate the economy. But with solar currently accounting for less than one-half of a percent of the energy mix, multiple efforts are needed to make the technology a real player.

A Federal Shot in the Arm 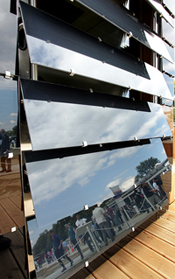 A new study by the Solar Energy Industries Association found that extending tax breaks for solar manufacturing companies under a federal grant program, which is slated to expire in December 2010, could inject an additional $48 billion into the industry. In turn, the investment would create 200,000 extra jobs.

In addition, U.S. Department of Energy Secretary Steven Chu recently announced new funding for the solar industry. Nearly $170 million could be distributed to several efforts aimed at driving the U.S. solar market. The bulk of that funding, about $125 million, seeks to spark the PV manufacturing industry in the U.S.  It's an important move, and one that will help promote competition across the market.

Whether the U.S. will ever catch or surpass China in the solar PV market remains to be seen. It will certainly be difficult, which is why two other DOE-funded programs valued up to $40 million over the next three years could play an important role.

The programs are looking to attack two areas in need of improvement: a fractured supply chain and a workforce that still hasn't developed best practices for assembling and installing panels. As module prices continue to decline, the U.S. would do well to apply its resources to this side of the solar cost equation.

RMI is currently researching ways to streamline the solar "balance-of-system" elements, which refers to the non-modular costs of solar panels -- wiring, converters, racking systems and various components -- which make up about half of the total installed cost of solar.

A Lawrence Berkeley National Laboratory study, Tracking the Sun II (pdf), found that these costs declined from 1998 through 2007, causing a considerable impact on the overall installed cost of solar. But costs have remained stagnant since. In identifying the elements that drive this side of the equation, we can find areas for improvement.

For instance, the actual assembly of solar PV systems is highly labor intensive. Installers often spend an exorbitant amount of time on-site putting together non- factory assembled racking systems. Instead, what if they were manufactured in a standardized manner, allowing for easy and quick on-site installation? 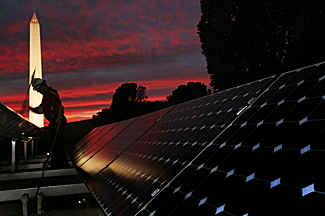 The fractured nature of the solar market is another hurdle. Today, a host of non-interchangeable, proprietary technologies has prevented significant cost reductions. In addition, without federal guidelines, a hodgepodge of undefined best practices and regulations has created state-by-state disparity in installed costs of solar. Standardizing regulations and technologies could encourage greater adoption and, in turn, economies of scale.

Putting the U.S. to Work

Healthy competition is a good thing for the United States. And if we need to invoke a green race to kick-start our role in the global solar PV market, then all the better.

But there is much we can do in the domestic market. We can bring costs in line to create greater demand, and we can build a stronger, thriving industry. In doing so, we'll create new jobs and develop a generation of workers skilled in green technologies to power our new energy future.

Ben Holland is outreach and marketing coordinator for Rocky Mountain Institute. RMI’s Cameron M. Burns wrote about the demand for solar PVs for GreenBiz.com in December. 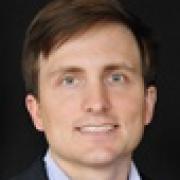