Manifesto for a corporate idealist: When girl meets oil

Big Oil and I got together in the summer of 1999. It all started a few months earlier, in a packed lecture hall in New Haven, Conn.

John Browne, chief executive of what was then British Petroleum, came to deliver a speech about his ambitious plans to reduce the company’s greenhouse gas emissions. He recently had broken ranks with his oil titan peers to become the first head of a major energy company to acknowledge the reality of climate change and urge action.

“Companies are not separate from the societies in which they work,” he said. “We don't make our profits and then go and live somewhere else. This is our society, too. The people who work for us are also citizens. They have hopes and fears for themselves and for their families. Companies which want to keep operating successfully on a long-term basis can’t isolate themselves from society.”

Ten years later this would be standard CEO prose, but at the time Browne’s lofty rhetoric was catnip to me. I landed an internship in BP’s executive office in London, excited to be there for a few months but unsure whether it would prove anything more than a summer fling.

I was at first pleasantly surprised, then seduced by what I found: a group of clean-cut, well-dressed men (and a few women) who oozed that lovely dry British wit, and who had worked all over the world in different jobs, from hands-on operational roles to finance to government affairs. Most important to me, they seemed to be in constant conversation about the company’s role in society, whether fighting climate change or supporting the communities where it had operations. I cared about social justice but had no idea people in the private sector did too, and was entranced to hear corporate executives talk this way. I felt like an American exchange student hearing Italian for the first time. 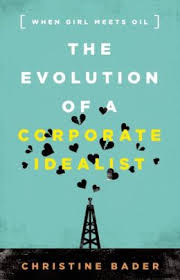 I fell in love with that BP. And BP loved me back, giving me the opportunity to live in Indonesia, working on the social issues around a remote gas field; then China, ensuring worker and community safety for a chemicals joint venture; then in the United Kingdom again, collaborating with colleagues around the world to better understand and support human rights.

BP was paying me to help the people living around its projects, because that in turn would help its business. I was living the cliché of doing well and doing good, and I was completely smitten. My beloved company even let me create a pro bono project advising a United Nations initiative to clarify business’s responsibilities for human rights, aimed at creating international policy to help even more people.

Then Big Oil broke my heart.

I should have seen it coming. During what would turn out to be the last few years of Browne’s tenure as chief executive, BP had a number of terrible accidents and Browne eventually resigned under a cloud of scandal. Tony Hayward, head of the exploration and production division, took over, deemphasized the progressive stances that Browne had staked out on human rights and renewable energy and pledged to focus “like a laser on safe and reliable operations” — a commitment that would be betrayed in spectacular fashion. I left BP to work on the U.N. project full-time, but attributed the breakup more to what I was pursuing than what I was leaving: it’s not you, it’s me.

Then came the Deepwater Horizon explosion and the BP that emerged in the aftermath. My former employer was portrayed not as kind and caring but manipulative and murderous, more Macbeth than Romeo. To believe some of the news and commentary would be to believe that it wasn’t all Hayward’s fault, that the bad BP had been there all along, hiding in plain sight. The Deepwater Horizon explosion didn’t undo the good work I had done in Asia and elsewhere, but I no longer knew what to believe. Had my nine-year relationship with BP been a sham?

I looked for love elsewhere.

I realized that I am part of a global army of people fighting for better social and environmental practices inside multinational companies — with mixed success. I started to see every corporate disaster in the headlines differently. Instead of being mad at a monolithic, faceless corporation, I wondered about the people who were deep in the company, out of public view, pushing for policies and procedures that might have prevented the disaster from occurring. Why did they fail? How did they feel? And who are they — we — anyway? 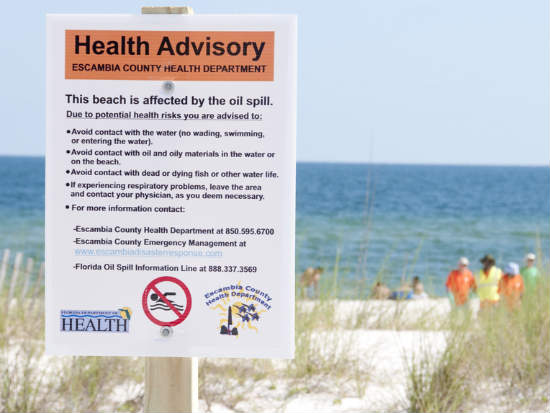 We are Corporate Idealists. We’re in Asia’s factory zones, working with local managers to make sure employees are paid and treated properly. We’re in Africa, sitting on dirt floors with village elders to protect indigenous traditions amidst an influx of foreign oil workers. We’re in Silicon Valley, collaborating with product developers to better protect user privacy. We’re in London and New York, convincing our directors that protecting people and the planet is good for business.

We believe that business can be a force for good, even as we struggle with our own contradictions: we don’t join anti-globalization protests, but agree with some of their calls for reform. We’re disgusted by excessive CEO compensation, but aspire to do better for ourselves and our families. We push our companies to offer sustainable products, but balk at organic prices when doing our own shopping. We defend our companies to investors and campaigners, but insist to our colleagues that we’re not doing enough.

We are trying to prevent the next Deepwater Horizon explosion and the next Rana Plaza collapse, playing defense while also moving toward a vision of a better future. Sometimes, obviously, we fail.

We have experienced heartache and disillusionment. But we also know that big business can make the world a better place, and feel compelled to do all we can to make that happen.

This is our manifesto:

2.  “Responsible business” should be redundant.

3.   Sharing the stories of the people and communities my company affects is part of my job.

4.   Evangelizing to my colleagues is not helpful. Figuring out how my work supports theirs is.

5.   The “business case” is important. So is morality.

6.   Leadership transitions and financial downturns are irrelevant if I’ve truly embedded my work.

7.   All human rights are relevant to my company.

8.   If consultation and collaboration aren’t both frustrating and worthwhile, I’m not doing it right.

10. The challenges we face are systemic and complex. But that doesn’t mean I can’t do anything about them.

Despite the failings of big business, I find myself still optimistic about its ability to make a positive difference in the world. I cheer small wins and incremental steps, and through crises see opportunities to bring about change. I am no longer that girl who fell in love with Big Oil 15 years ago. But I must still be a Corporate Idealist.

Adapted with permission from "The Evolution of a Corporate Idealist: When Girl Meets Oil" by Christine Bader (Bibliomotion, March 25). Top image of oil pump by jukurae via Shutterstock 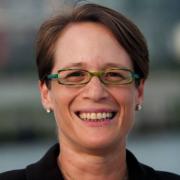 See all by Christine Bader