Many electric utilities are struggling — will more go bankrupt?

With the energy marketplace and climate change affecting the foundation of the industry, traditional utilities are facing trouble.

Over the past 12 months, consumers in the United States have experienced the disappearance of familiar retailers, such as Toys R Us and Sears, due in part to how online shopping has changed the way consumers shop for goods.

The historically staid electricity industry is seeing its own share of changes in the form of increased wildfire risks, rising sea levels (PDF), damaging storms and changing technology. These factors already have contributed to the bankruptcy of California utility PG&E in California.

People may wonder: Will these pressures affect my own local utility? Could the lights go out as a result? The short answers to these questions are yes and no, but the longer answers are far more informative.

In my role as public utility researcher, I have the opportunity to study the effects of changes in the marketplace on utilities.

Traditional utilities do indeed face changes but they are also subject to a different business climate than retail stores and manufacturers. While some states have restructured their electricity markets to allow competitive power suppliers, the utilities that deliver power to people’s homes and businesses — the companies that own the lines and wires — have an obligation to serve all who want service.

In exchange for this obligation to serve, they have the right to collect rates for that service as determined by their state utility regulator. This relationship provides them with some protections that other businesses lack, but imposes constraints as well. To consumers, this particular regulatory and economic environment explains how many decisions that influence cost and reliability are made.

The principle reason for the PG&E bankruptcy is its potential liability in the California wildfires (PDF) — its power lines have been blamed for sparking fires , and the wildfire threat is projected to get worse.

A safer and more reliable electricity system costs more money, ultimately paid by its customers. But PG&E does not manage its system autonomously. The state regulator must decide on the equitable tradeoff between safety or reliability and cost when PG&E provides electricity service.

For example, PG&E’s current public safety power cutoff program allows it to shut off power to half a million customers when environmental conditions, such as dry weather and high winds, increase the likelihood of wildfires. The company has proposed expanding that program by about 5 million customers (PDF). This could reduce wildfire risk, but also could interrupt electricity service to more people. The California state regulator is considering whether to accept that proposal.

PG&E’s current public safety power cutoff program allows it to shut off power to half a million customers when environmental conditions increase the likelihood of wildfires.

So while the regulator decides on the proper level of investment in the system, it is still PG&E’s responsibility to operate it prudently. If PG&E recklessly maintained its power lines or is found to have violated state vegetation management laws by not removing trees from the proximity of power lines, that responsibility lies solely with PG&E. The regulator can deny the recovery of those costs from customers.

These types of decisions directly affect the cost and reliability of power service customers see. And as with utilities in every state, regulators must approve investment plans utilities put forward.

In other cases, utilities must make long-term investments in equipment, such as power lines and power plants, and the economics of those decisions may change before the investment begins to provide service. Despite those changes, customers may still be responsible for the financial consequences of those decisions.

Seeking zero carbon emitting generation, Georgia and South Carolina turned their attention to nuclear power plants in 2008, 12 years since the last nuclear power plant, the Watts Bar Unit 1 in Tennessee, began operation. South Carolina Electric and Gas and Santee Cooper began work on the V.C. Summer Units 2 and 3, while Georgia Power, Oglethorpe Power, the Municipal Electric Authority of Georgia and the City of Dalton Utilities began work on the Vogtle Units 3 and 4. 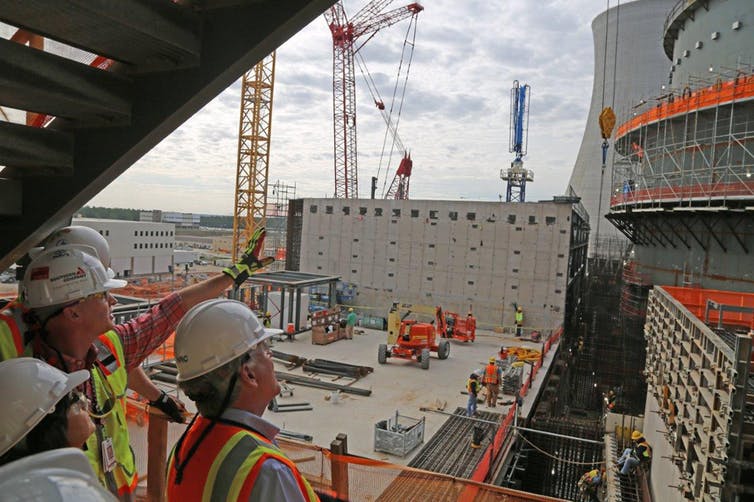 In the face of rising construction costs, South Carolina Electric and Gas filed a petition to abandon the Summer plants on Aug. 1, 2017. In its petition, SCE&G stated that an independent analysis had shown that the cost to complete the plants was about three times what had been provided in early 2017. And when the board of Santee Cooper voted to suspend the project the previous day, citing cost overruns and a business climate that had changed considerably, SCE&G concluded that the only option was to abandon the plant. Included in its petition was a request to recover its $5.3 billion share of the capital costs from customers.

On Jan. 2, SCE&G’s parent company was sold to Dominion Power, a much larger company. South Carolina is exploring the potential sale of Santee Cooper (PDF) while still considering how to recover its share of the plant.

In the utility industry, as long as the investment is deemed prudent, customers may still be responsible for unforeseen changes in the value of that investment.

In Georgia, costs of Plant Vogtle have almost doubled from original projections of $14 billion to about $27.5 billion. While a September settlement agreement gives Georgia Power sole authority over the disposition of the project, it remains committed to completing it.

So while your neighborhood retailer has no obligation to build another store just because people someday may want to shop there, those same people have no obligation to pay for the store if economic circumstances change. But in the utility industry, as long as the investment is deemed prudent, customers still may be responsible for unforeseen changes in the value of that investment.

What about my lights?

Despite all of these considerations, though, utility service to customers is not likely to be interrupted as long as the utility is able to maintain its cash flows.

PG&E itself has been bankrupt before. The utility filed for bankruptcy in 2001 as a result of the California power crisis (PDF), and emerged from this bankruptcy in 2004. Throughout the process, PG&E maintained service to its customers. In fact, of all of the electric utility bankruptcies in the modern era, beginning with Public Service Company of New Hampshire in 1988 (due to a dispute over cost recovery of the Seabrook nuclear plant), the lights in people’s homes and businesses have not gone out due to financial pressures or changes in ownership.

That’s because the regulatory framework for electric utilities provides some protection for utilities and the manner in which their system interacts with the environment. They can operate only in a manner that the regulator approves, and are allowed the opportunity to recover their costs of providing service. But that protection only applies when the utility operates within the boundaries of those laws and rules. 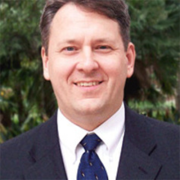 See all by Theodore Kury