The March for Science and what's at stake for business

The lackluster political support for science could bite companies squarely in the supply chain.

Rain poured onto Washington, D.C. on Earth Day 2017, yet tens of thousands of people gathered on the National Mall to rally for science and call for scientific integrity in the nation’s decision-making, particularly on climate policy.

Participants in the March for Science — many wearing white lab coats and carrying (soggy) signs with uniquely nerdy slogans like, "There is no planet B" and "If you are not part of the solution you are part of the precipitate" — said they came out of concern that evidence-based science is losing its standing under Donald Trump administration policies. 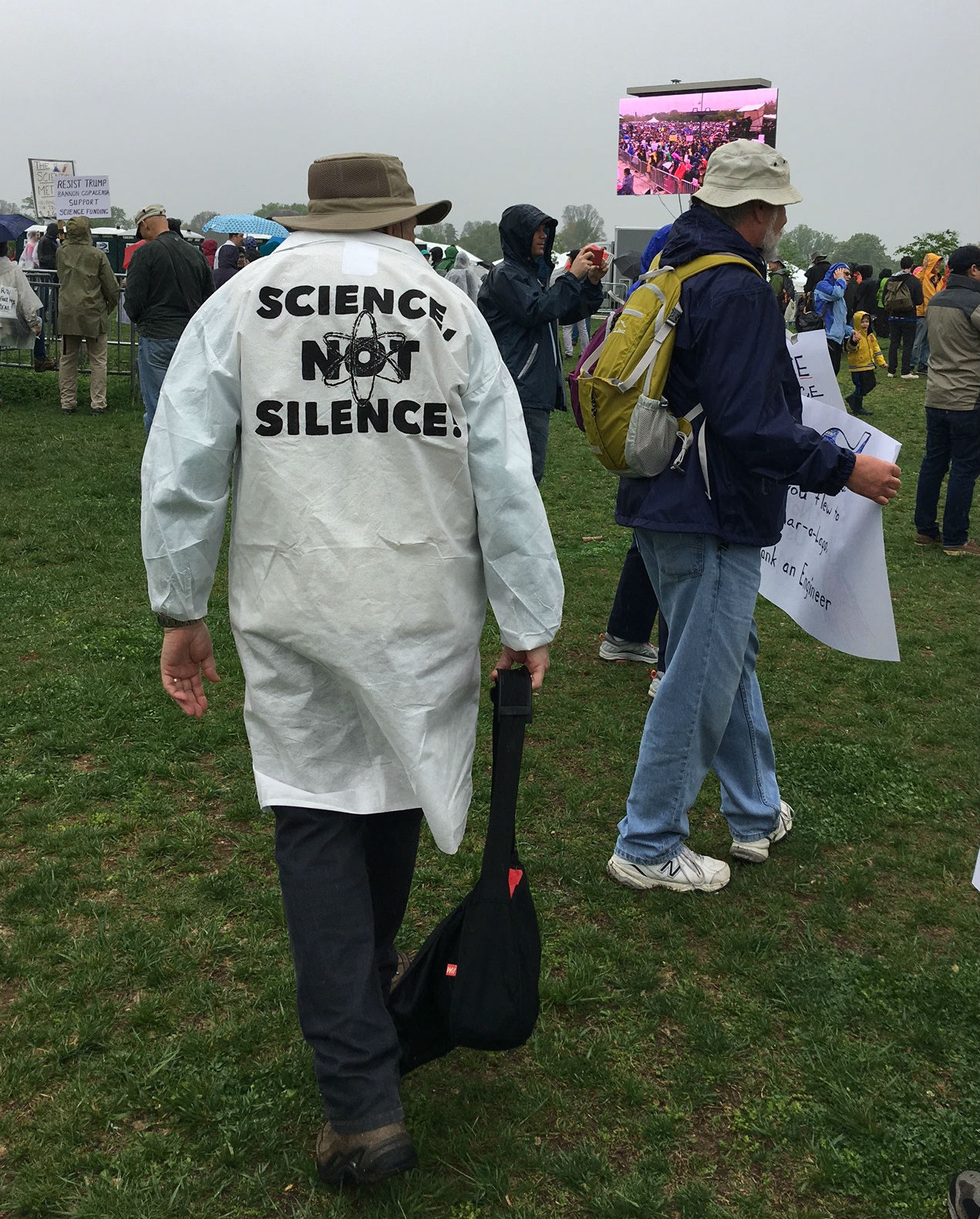 Not only have both Trump and his Environmental Protection Agency chief denied the existence of carbon-induced climate change, but the president also proposed a budget that would gut science programs at numerous agencies, from NASA’s Earth Science to the National Institutes of Health to most EPA research.

With so much at stake, some scientists decided to organize and partner with Earth Day Network to create a March for Science. The American Association for the Advancement of Science and numerous other scientific organizations signed on as sponsors and the event went global, with marches happening in an estimated 500 cities.

"This is a huge national, and to some extent global, uprising that is saying many things, but one of them is the essence of science, which is truth matters," Denis Hayes, who organized the first Earth Day in 1970 and who now heads the Bullitt Foundation, told me during the march. "We now have the first president out of 45 who is absolutely indifferent to truth."

That people in such a staid and typically apolitical profession would come out in droves should illustrate the stakes involved.

The stakes for business and the economy are among the highest. "We can’t grow the economy with mature technologies. We have to grow the economy with innovative technologies and innovation comes from science and discoveries — basic research," Professor Mary Jo Ondrechen of the Chemistry and Chemical biology department at Northeastern University told me. "The proposals to cut funding for basic research are cutting off opportunities for job growth and new industries in the future." 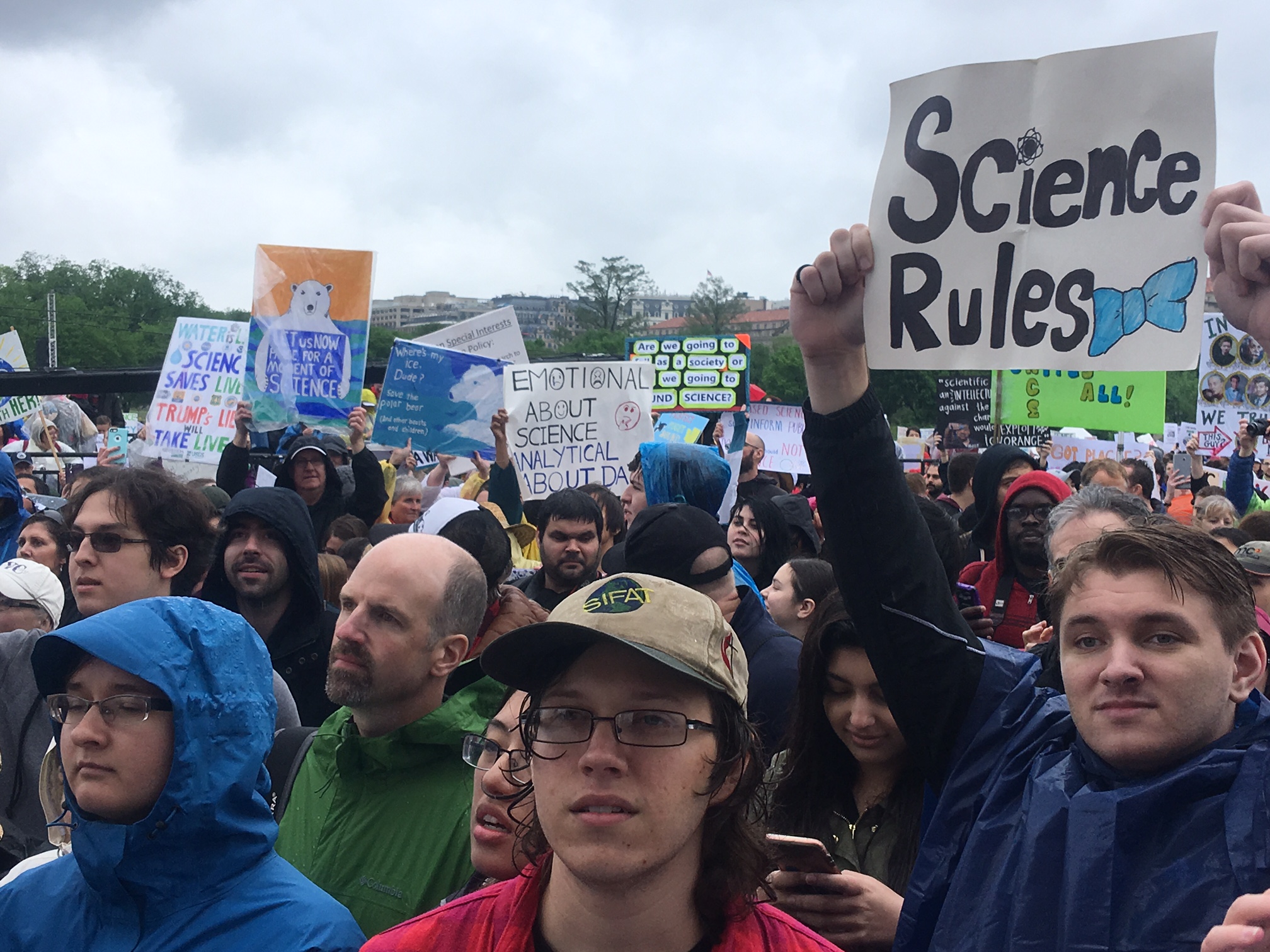 The best example of where government-funded basic research spawned innovation and jobs, said Shawn Otto, author of War on Science, is the internet, whose creation was funded by the Defense Advanced Research Projects Agency (DARPA).

Beyond spawning innovations that create new industries and grow the economy, government-funded science informs corporate decision-making. Large food companies depend on NASA Earth Science data and EPA research to predict where water scarcities soon might exist and where weather will make sourcing difficult. Weather tracking is used by every industry from hospitality and entertainment to oil and gas development. Biomedical research is the basis for the booming biotech industry. And so on.

As Roger Johnson, president of the National Farmers Union, told the Washington marchers, "Farmers rely on sound science and public research to maintain the stability of the food system, ensuring we have effective plant varieties, safe and reliable crop protections, healthy soil and weather information to produce adequate harvests." 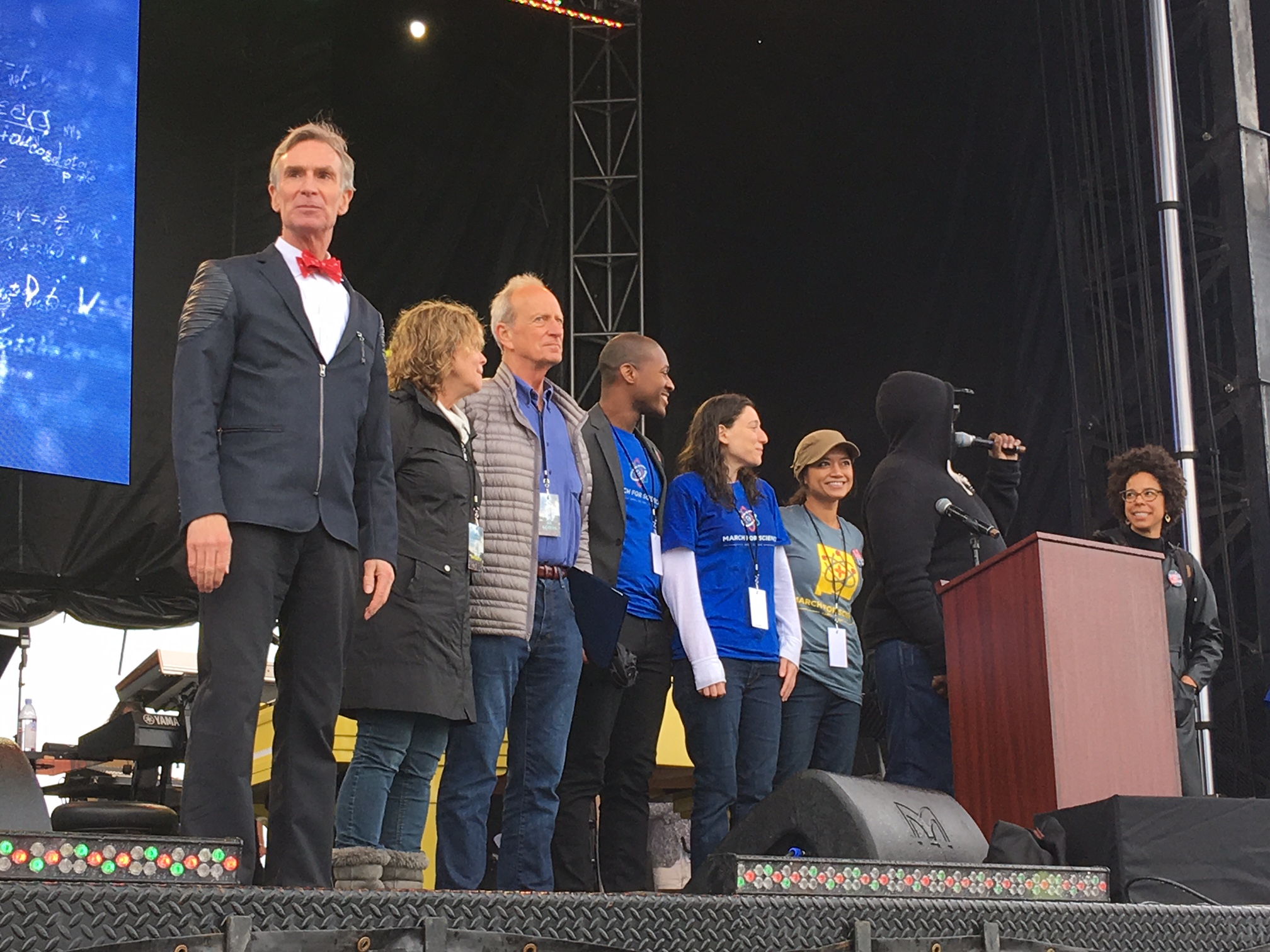 The March for Science purposely did not feature politicians so it could avoid being partisan. Only a few business people were in the featured speaker line-up.

However, a lot of people that businesspeople listen to spoke: Rush Holt, chief executive officer of the American Association for the Advancement of Science; and Christiana Figueres, who led the United Nation’s Framework Convention on Climate Change conventions that led to the Paris Agreement.

"We are actually at one of the most daunting crossroads in the evolution of human history," Figueres told the D.C. crowd.

"We are at the point where we have to decide, are we going to ignore science or are we going to rise to the call of history and forge a new life-on-earth paradigm… where nature and humanity support each other… where energy is forever renewable and accessible to all… where transportation is clean."

Business is very involved in changing energy, transportation and other industries towards what arguably is a sustainable paradigm for humans and nature.

As featured speaker Bill Nye of "science guy" television fame told the assembled masses, science and economic development always have been hand in hand. "The process of science has enabled humankind to discover laws of nature. This understanding has, in turn, enabled us to feed and care for the world's billions, build great cities, establish effective governments, create global transportation systems, explore out outer space and know the cosmos," Nye said.

The challenge and necessity now, he said, is to let science help economies stem the temperature rises and water depletion that could reverse human development.