In a downtown Denver warehouse measuring just under 20,000 square feet, Amy Andrle and her team at L’Eagle Services have embarked on an experiment in urban agriculture.

The company grows all of the product sold at its store, employing as many as 40 people during the busy season to harvest, process and sell dozens of individual items. They do it all without synthetic pesticides, using alternatives such as garlic oil instead, and emphasize efficiency when it comes to natural resources.

Still, the business has little to officially show for its efforts in the way of high-profile sustainability credentials or organic labels. That’s in large part because the crop Andrle and her employees are growing only recently became legal: marijuana.

"We can’t be certified federally," Andrle said. “[Businesses] might be using the marketing term 'organic,' but there was no certificate or Good Housekeeping seal of approval."

One byproduct of patchwork laws governing marijuana in the U.S. is that businesses only legal in some states can't expect the Department of Agriculture to sign off on their organic status. Third party groups and consultants increasingly are offering up their own sustainability certifications for cannabis, often for a fee. 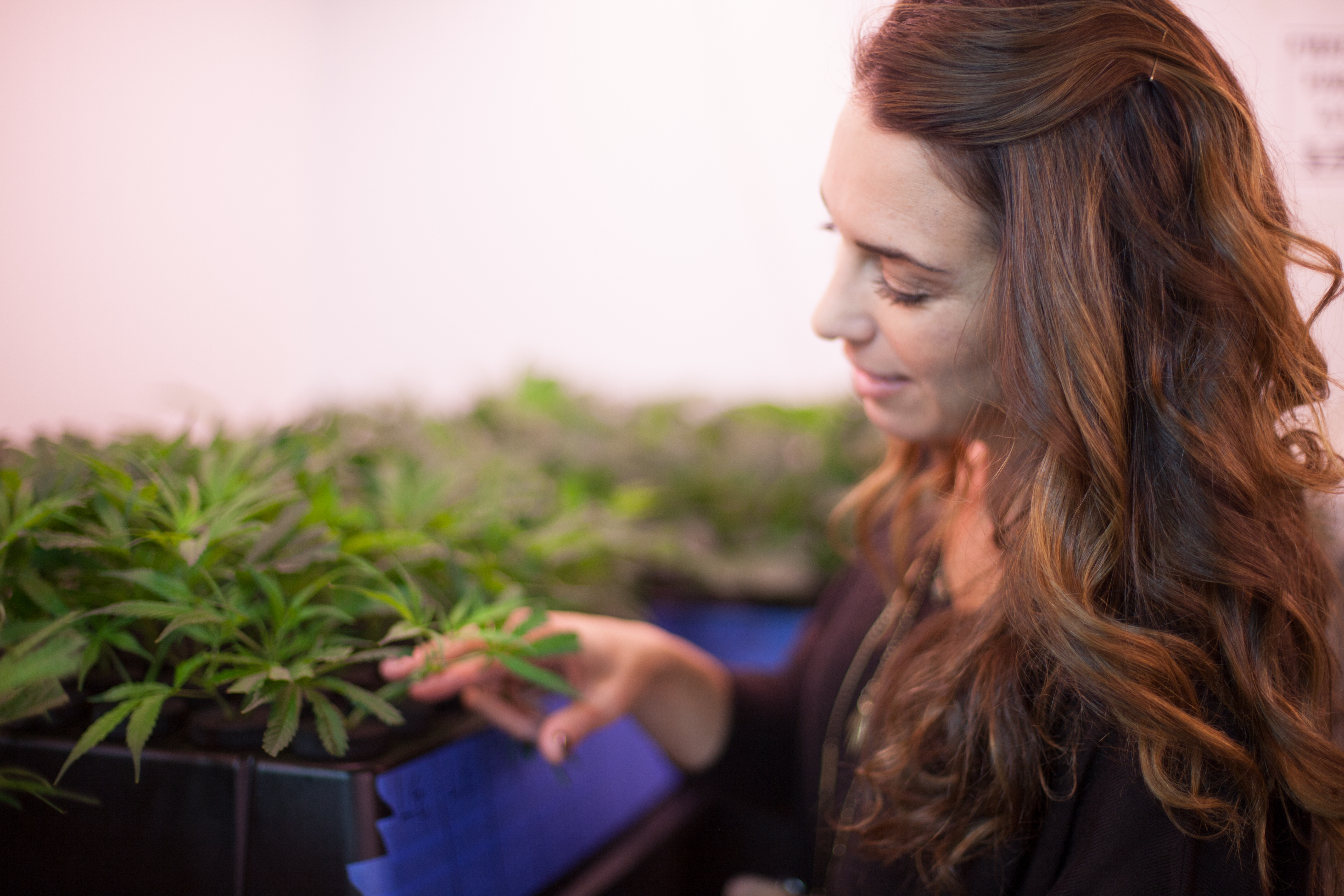 Still, growers such as Andrle worry about a lack of consistency in standards. Although federal organic standards generate their own controversy for being cost prohibitive or prone to loopholes, marijuana consumers are often offered even less sourcing information.

"There was this initial blur of 'Oh my god, pot’s legal. Now you can go and choose what you’re buying,'" she said. "We don’t follow the same patterns for purchasing cannabis as we do for food. It's not like shopping for grass-fed beef."

Andrle's dispensary is working with the city of Denver to see how cannabis businesses might be incorporated into existing local sustainability programs, and she's also a founding board member of the Organic Cannabis Association. The country's biggest non-official organic marijuana certification program is Clean Green Certification, which was founded by a California attorney and starts at $2,200, plus $5 per pound produced.

Part of the lack of consistency is that a lot is left to learn about marijuana and its impact on the environment. The cannabis industry has started to emerge from the shadows after the legalization of medical use in 28 states and recreational use in eight states, but marijuana's status as a Schedule One drug has limited research access, in some cases resulting in widely varied or out-of-date estimates for things such as water or energy consumption.

"We really need to be looked at and evaluated year over year," Andrle said. "We are constantly in a state of innovation and upgrade."

Some dispensaries, including L'Eagle, are also hiring talent from other industries, particularly the food industry, to optimize their grow sites. In the Denver dispensary's case, it was a person who grew certified organic tomatoes for Whole Foods — a far cry from the local supply chain pre-legalization.

"We started with basement growers," recalls Andrle, whose husband and business partner also previously was in the fine dining and beverage industry. "Initially it was very scary. At any point it could be shut down."

Still, the economics of the industry remain uncertain. Legalization has led to a surge in business activity, with companies offering up everything from concentrated cartridges or smokeable wax to infused baked goods, topical creams and other manufactured products.

Many expect that an increase in competition will cause prices to drop, leaving less capital to invest in operational upgrades. Some sustainable cannabis advocates, however, argue that up-front investment in more efficient lighting, waste reduction and non-chemical additives, among other measures, can pay dividends.

"As the price of cannabis continues to decrease, the traditional way of growing will no longer be tenable," said the Cannabis Conservancy. The consultancy offers a sustainability certification that it promised will "lower operating costs and create a consistent and higher quality product."

Some of Bob Blodgett's biggest business problems are very small, technically speaking. He and wife Lonna's Monterey Bay Alternative Medicine dispensary uses essential oils over pesticides, and Blodgett said spider mites are one of several tiny crop killers to be wary of. The location of the couple's operation on California's Central Coast, just outside Monterey, also comes with concerns about mold creeping into the supply.

"What we're all into is the highest quality and no disease," said Bob Blodgett, who has been working to perfect in-house strains such as "goatee" for the last several years with a cannabis guru from Northern California's famous Emerald Triangle growing region.

Blodgett also worries that a lack of common growing standards can leave consumers in the dark about potentially hazardous chemicals they unwittingly might consume. That may be starting to change; after marijuana recalls in states including Colorado, the ballot measure that legalized marijuana in California last year called for a new system allowing businesses to track and trace all products.

Monterey Bay Alternative Medicine and its neighbors may have something of an advantage in this pursuit, given the company's location just over the Santa Cruz Mountains and down the Pacific Coast from Silicon Valley. The couple has hired away talent from nearby tech and agricultural companies to create a barcode tracking system for all marijuana that passes through their facilities.

There was this initial blur of 'Oh my god, pot’s legal.' It's still not like shopping for grass-fed beef.

In this respect, marijuana is a microcosm of a much broader agricultural trend toward more transparent supply chains. One area where Andrle thinks the cannabis industry lags, however, is consumer education. Aside from pesticides and the debate over organics, she also expects gentically modified or GMO marijuana issues to become more of an issue as growers look to differentiate in a crowded market.

"The consumer right now is not as savvy as we should be," she said. "We don’t follow the same patterns for purchasing cannabis as we do for food."

Blodgett sees vertical integration — growing and selling his own product — as the key to ensuring quality and sustainability. Monterey Bay Alternative Medicine already has grown its patient list at an initial store in the suburb of Del Rey Oaks from 700 to more than 20,000 people in a year. Sales also have jumped, from $2,000 a day early on to more like $30,000 a day, and the couple is in the process of expanding retail operations into neighboring areas.

In particular, Blodgett is intrigued by vertical farming technology already employed by some large indoor grows in cities such as Oakland and San Jose. He also has hired Harold Hawkins, who previously worked in data analytics for salad and fresh food company Taylor Farms, to ramp up the company's processing facilities to experiment with hash-based products, edibles and other manufactured items.

"A lot of this is used in other industries," Hawkins said, describing the freezers, driers, beakers and myriad other supplies Monterey Bay Alternative Medicine has procured for its marijuana lab.

The cannabis business isn't alone in its lack of a go-to sustainability body. From consumer goods to the automotive industry, sustainability certifications are often voluntary and shaped by those in the industry.

With marijuana, however, opportunities for R&D in sustainable agriculture are vast. Like the wine industry, the business generally provides at least slightly higher margins for growers to work with. And there's no denying that indoor grows in particular consume a huge amount of power.

Colorado utilities estimate that demand for electricity to power cannabis cultivation sites has been growing about 50 percent a year, from a baseline of 0.5 percent of the state's total load in 2014. Apples-to-apples comparisons with other industries are hard to come by, but some estimates say marijuana is on track to match or exceed notoriously power hungry data centers, outlets including Greentech Media have reported.

"Because marijuana cultivation and sale remains federally illegal, the solutions to these challenges will need to come from multiple players, including electric utilities, the public utility commissions that regulate them, state and local governments and marijuana business associations," stated a report by market analysts at EQ Research. "These entities can create new incentives and programs tailored toward the industry." 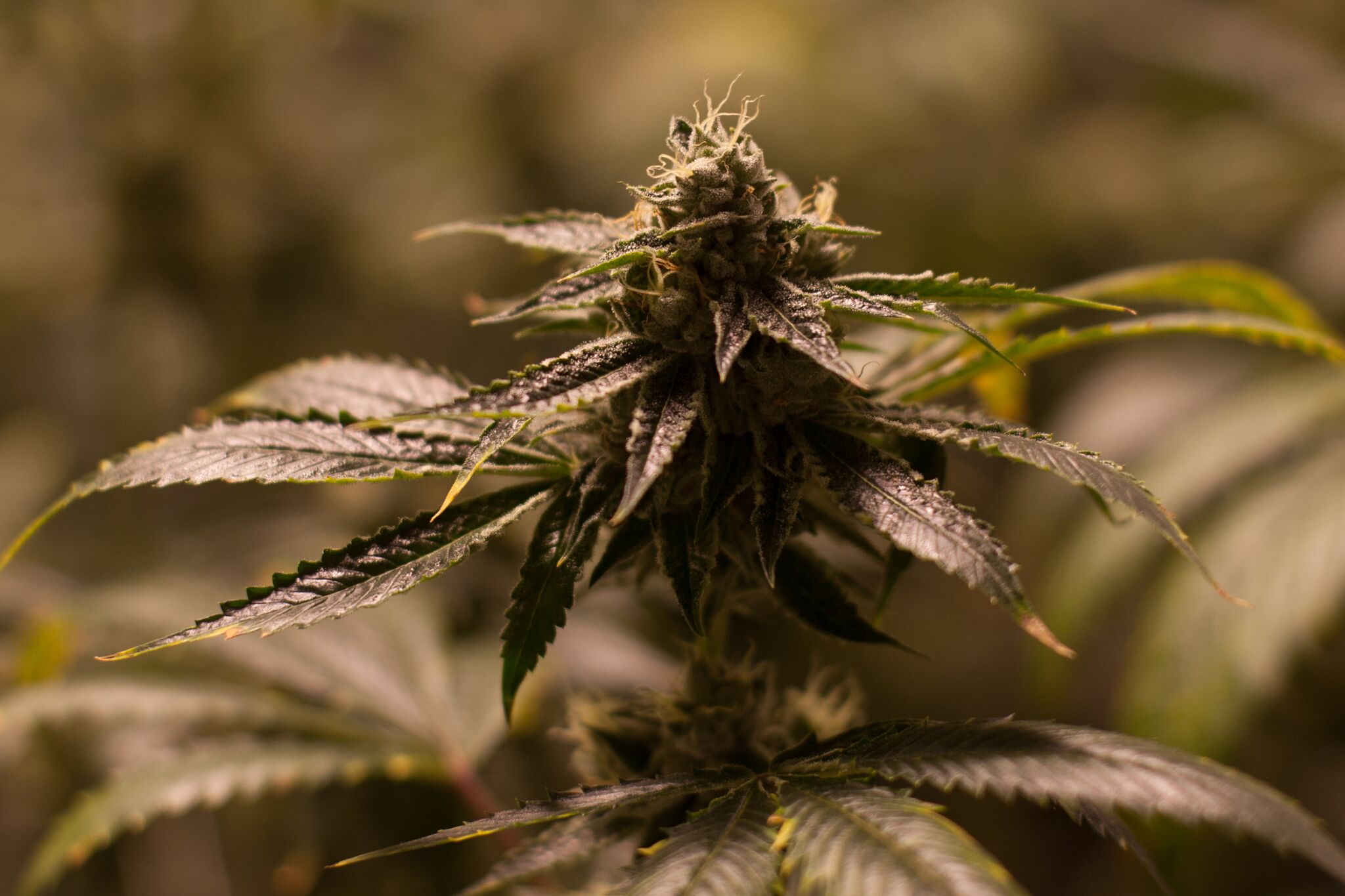 Andrle said her own operation required a retrofit of the entire building focused on HVAC, lighting and water systems, though gaps remain. Marijuana trim can't be sold as compost as is, for instance, requiring companies to consider alternatives such as investing in a chipper to reduce waste. Solar energy also isn't strong enough to power L'Eagle's growing operation, although Andrle is evaluating whether its retail operations could be powered renewably.

In the meantime, the company is focused on developing a best practices guide for businesses in the space after L'Eagle became the first cannabis dispensary to be certified by the city of Denver's Certifiably Green program. Rather than certifying the products a company sells directly, the goal of the free program is to reward businesses that invest in energy efficiency, resource management and other practices that reduce environmental impact.

"It does substantiate that we are not bluffing on this," Andrle said. "It helps to normalize cannabis as an industry."

It does substantiate that we are not bluffing on this. It helps to normalize cannabis as an industry.

After launching an initial pesticide-free certification program with three certification tiers, the Organic Cannabis Association she helped found plans to create a Colorado-specific set of standards for organic cannabis. From there, coordination with other states might be possible, although commercial activities that cross state lines are a potential red flag for federal regulators who may have an interest in cracking down on the industry.

Andrle expects pricing to remain competitive but ultimately hopes to pursue the same types of consumers as companies with organic brands in the food business. Her efforts are bolstered by broader marketing efforts in states including California, Washington and Colorado to emphasize the local characteristics of marijuana grown in different environmental conditions, or appellations, not unlike distinctions made in the high-end wine market.

"Six to 8 percent of U.S. food sales are organic," she said. "We’re looking for that same slice of the pie."