A refrain echoed through the Climate Group's signature and final Climate Week meeting Monday in New York, where hundreds of business people had gathered to talk about their role in stemming climate change.

Pamela Mars-Wright from the board of directors of Mars Inc., the first U.S.-based multinational company to transition to 100-percent renewable energy and pledge to zero greenhouse-gas emissions, spoke about her college-age children, generation five in the family-owned business.

"Addressing climate change is not an option to them," she said, but an absolute necessity. "They make that very clear."

Maria Fernanda Mejia, president of Kellogg Latin America, put it this way: "The next generation simply can’t tolerate our inability to help others," particularly those suffering the effects of climate change. 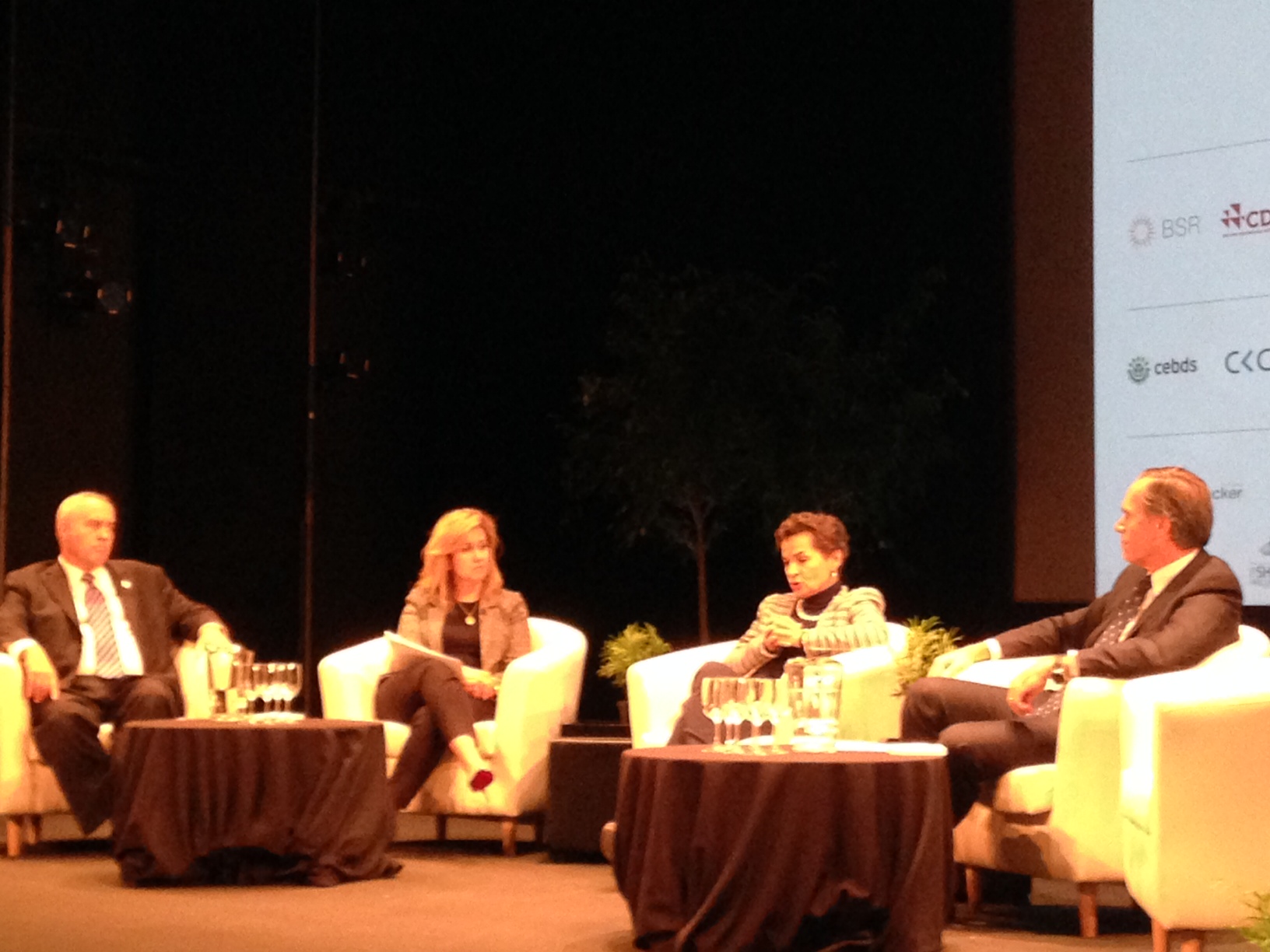 Yet it was 73-year-old Bloomberg pleading, "We need federal government to fade out fossil fuel subsidies,” in his keynote speech before the Climate Group and who has turned most of his post-mayoral energies towards fighting climate change,

And it was 78-year-old Pope Francis that made climate change the moral issue of the day in his Climate Week addresses to the U.N. General Assembly and to the U.S. Congress.

Something's changing in the thinking around climate change and the need for sustainability.

There's a sense of urgency and direction that didn't exist not too long ago. Clients want to source clean power or build onsite solar and wind infrastructure. Innovation in low-carbon solutions is growing and seeking financing.

During Climate Week, 18 large multinational companies announced plans to transition to 100 percent renewable energy, with half joining the RE 100 pledge and the other half committing to follow the Renewable Energy Buyers' Principles created by World Resources Institute and World Wildlife Fund.

Walmart announced a major wind power purchase agreement with a Texas wind farm that gets it 25 percent of the way towards its goal of being powered by 100 percent renewable energy. Kellogg announced it will bring sustainable agriculture practices to 500,000 farmers to help support their livelihood and Procter & Gamble racheted up its GHG emissions reductions targets.

Unilever CEO Paul Polman renewed his company's commitment to helping finance sustainability in the third world by agreeing to work with the Clinton Global Initiative in investing in transforming the lives of 100 million people in developing world through sustainability.

Six leading global banks, including JP Morgan Chase, issued a call to global heads of state to craft a strong climate agreement at the U.N. COP21 Climate Convention and asked for policies that reflect a cost of carbon. These banks also each said they have renewable energy lending portfolios in the order of $100 billion.

And according to the We Mean Business coalition, 6 million companies indicated support for a strong climate deal, letting their voices be heard through various coalitions. "Organizations working with more than 6,000,000 companies around the world want an ambitious climate deal at COP21 in Paris this December," We Mean Business said in a full-page advertisement in the Financial Times Monday. 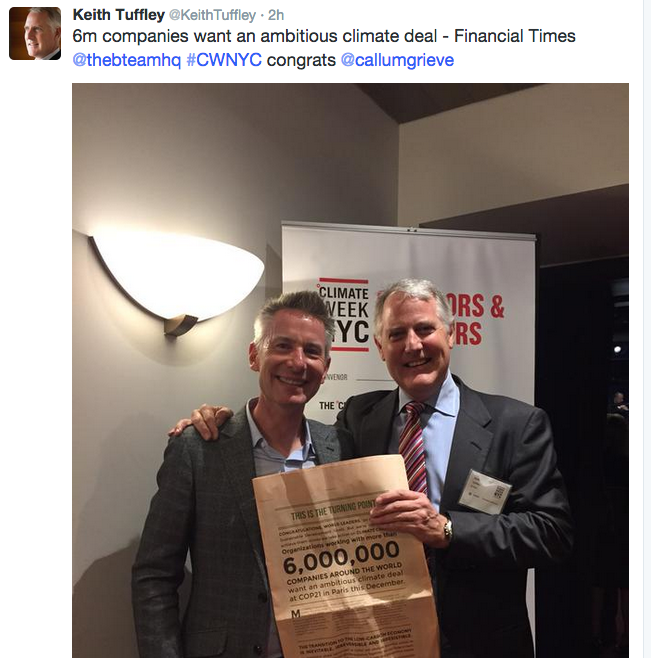 Of course, the geo-political announcements may have had something to do with all this momentum of business action on climate change.

China announced it would launch a national cap and trade system to limit carbon emissions, signalling a seriousness about its climate policy. Some news analyses described this as taking the wind out of anti-carbon control arguments in the U.S. that limiting emissions here would put the country at an economic disadvantage vis-a-vis China.

But there's also new evidence that economic growth is not dependent on allowing unregulated emissions. California has entered its fifth year of a cap and trade system and its economy is growing faster than most any other state.

This all bodes well for December when national governments come together in Paris to negotiate a climate treaty at the U.N. COP21 or Conference of Parties.

“Paris needs to be a turning point. We're not there yet but I've seen a sea change compared to previous years, particularly with the mobilization of business, cities and subnational governments," said Laurence Tubiana, France's special ambassador for the 2015 UN Climate Conference in Paris. "Many world leaders are also now calling for deep decarbonization, sending positive signals and creating the conditions for success."

Polman and Kellogg CEO John Bryant put it this way in an essay posted this week on Huffington Post:

We believe that we have reached a tipping point on climate change and that there is an unstoppable shift to a global economy that is significantly less harmful to the environment. As the world transitions to this new economy, it will be important to provide economic progress and a higher quality of life for all people in all regions of the world.