In late March, Massachusetts Gov. Charlie Baker signed a landmark climate bill, An Act Creating a Next Generation Roadmap for the Massachusetts Climate Policy, into law. This law raises the state’s climate ambition by setting the emissions targets at 50 percent reduction by 2030 and net-zero emissions by 2050. It also provides a new tool for Massachusetts communities to help achieve these targets in an equitable and focused way — a municipal opt-in stretch energy code with a net-zero buildings provision.

This opt-in stretch code represents a major win for Massachusetts municipalities after several setbacks in the last year, including the attorney general’s disapproval of Brookline’s bylaw prohibiting fossil fuels in new buildings and Baker's vetoing an earlier version of this bill in January. Following the bill’s reintroduction, 59 municipalities, representing about 40 percent of the state’s population, signed a letter to Baker expressly calling for the development of an opt-in net-zero stretch code to allow communities to address building sector emissions.

Twenty-seven percent of Massachusetts’ emissions come from onsite combustion of fossil fuels in residential and commercial buildings — and until now, towns and cities were left with few options to address these sources. While the final language remains to be developed over the next 18 months, the climate law calls for a stretch code that defines a net-zero building and net-zero building performance standards. This is a major step in the right direction, providing a potential pathway for municipalities to electrify building end-uses that currently rely on fossil fuels and to eliminate onsite emissions in future new buildings.

Building codes are incredibly complex, and a variety of agencies at the local, state, national and international level influence code design and implementation. Cities and towns encountered a major setback earlier this month as the International Code Council’s Board of Directors released a new framework that has taken away the power of local governments that administer the International Energy Conservation Code to vote on the code. Experts such as the American Institute of Architects fear that this decision will put more power in the hands of gas and construction companies at a time where municipalities are looking to drive forward climate action.

By developing a specialized opt-in stretch code, Massachusetts is stepping up and empowering local municipalities to achieve their climate goals in an efficient and coordinated way. This stretch energy code will allow forward-thinking cities and towns to clearly demonstrate the feasibility of cleaner, higher-performing buildings, paving the way for states to confidently adopt more efficient base building codes in future cycles.

All-electric construction codes at the local level have been rising in prominence around the country in recent years. For example, nearly 40 cities and counties in California have adopted local ordinances for all-electric new construction in their jurisdictions. This local action, along with research on the air quality impacts of fossil fuel combustion in buildings, led the California Air Resources Board to support electrification of appliances in the 2022 building code cycle.

The next step is to ensure the building sector is decarbonized in a way consistent with the state’s new emissions reduction goals, in particular by eliminating fossil fuel use in buildings. The latter provision is not yet a guarantee.

The climate act directs the Department of Energy Resources (DOER), in consultation with the Board of Building Regulations and Standards (the body normally responsible for Massachusetts building codes), to develop the definition of a net-zero building and what net-zero performance standards would look like. The agency has 18 months from the passage of the act to develop and promulgate the stretch energy code, including how requirements may phase in for different building types. During the stretch code development, the DOER must hold at least five public hearings throughout the state, and these will be important venues for advocates’ voices to be heard.

27% of Massachusetts’ emissions come from onsite combustion of fossil fuels in residential and commercial buildings.

One contentious battle over the next year and a half is expected to be whether the net-zero buildings definition in the stretch code should permit using fossil fuels for certain end uses while achieving net-zero emissions through renewable energy offsets. However, for Massachusetts to reach its economy wide net-zero emissions goal by 2050, the building sector likely will need to fully decarbonize to make up for anticipated hard-to-abate sectors. To do so, homes and businesses must eliminate all sources of building-level combustion.

Given that building electrification technologies such as heat pumps, heat pump water heaters and induction stoves are often already market-ready, there is no reason to build any new residential or commercial building using fossil fuel systems. By going all-electric, buildings can eliminate direct emissions from combustion entirely, rather than merely offsetting them. RMI research, including a study focused on Boston, shows all-electric new construction is feasible and cost-effective today.

Stretch code needs to be all-electric to meet municipal needs

Massachusetts municipalities already are forging the path toward fossil-fuel-free new construction. Over a dozen towns and cities are working on local ordinances, including zoning bylaws and home rule petitions to state legislators to mandate or incentivize new all-electric buildings. These local ordinances were originally stopgap measures in the absence of state-level action as well as a clear message to state lawmakers on what municipalities need to take action on climate.

The climate law is an important next step, but locally led action will continue to play a major role if the stretch energy code does not provide a clear path toward eliminating fossil fuels in buildings. On the other hand, a net-zero stretch code that encompasses an all-electric requirement would make the patchwork of local ordinances unnecessary and allow for a more uniform option across the Commonwealth. Now that the groundwork is set, it’s time for Massachusetts agencies to "stretch" codes to the next level to achieve healthy, affordable and carbon-free buildings. 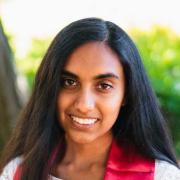 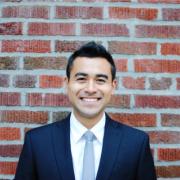 How cities can improve homes

See all by Sneha Ayyagari