Bill McDonough has long been at the forefront of sustainability-minded ideas and innovations, from green buildings to Cradle to Cradle product certification. Out of those two concepts alone have come countless new companies, products and services, even new business models.

Which raises a question: Should individuals and companies own the breakthrough ideas that will solve the world’s biggest environmental and social problems? Or are they somehow a public good, which innovators can then commercialize?

Such questions have been given currency by Tesla Motors CEO Elon Musk's recent announcement that he would place many of his company’s patents into the public domain. Musk's action rekindled McDonough’s own interest in the topic of sustainability and intellectual property and became the jumping-off point for our most recent conversation.

Joel Makower: Bill, you were pretty excited when Elon Musk gave away his company’s patents. Why is that?

Bill McDonough: This issue of creativity and intellectual property and ideas are so essential to us now that we need them to spread like fire. We’re at one of those revolutionary moments where climate change is no longer a debate on the merits of science by the overwhelming majority of thoughtful people. I don’t think anybody is sitting back saying, “Well, I don’t know. It’s still up in the air.” It is in the air — for real. And so I think that moment has come, and now there’s a sense of urgency and also an immense amount of creativity needed.

In 1994, when I became dean of the School of Architecture at the University of Virginia, I decided to read everything Thomas Jefferson had ever written. I built a bookcase in my upstairs hall and filled it with Jefferson. I had no idea that there were thousands of letters that had been saved. It filled 1.5 bookcases. That started me on a whole exercise of trying to understand him, but also understand the frameworks that we’re working in now related to innovation and invention. That’s why I’m so fascinated by the language of intellectual property.

Look at the formation of the Patent Office in the United States. I read some of Jefferson’s correspondence and Benjamin Franklin’s on this subject. It’s quite amazing. Franklin, famously, gave away everything all the time — he never patented his inventions. And he made broadsides. I mean, he didn’t just give it away; he broadcast it.  He wanted to “attract the attention of the ingenious.”

So the notion that Franklin just gave everything away and broadcast it in his era — Elon made me think of it.

Makower: So what are you suggesting around sustainable technologies? That everything be given away? Elon’s move makes perfect sense in the context of needing to accelerate the electric vehicle industry and wanting things to be designed around Tesla’s protocols and standards. Does that carry over to anything else or is it a special circumstance? 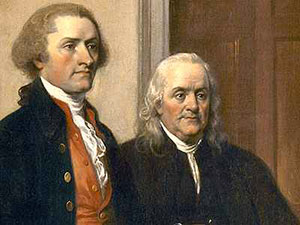 Makower: So let’s broaden this out to other technologies for which patents could be either hoarded or given away. Where else does this apply?

McDonough: On a personal level, which is why I’m so stimulated by the question, I am working on a super-affordable house for people in need. And I’m looking at concepts for negative cost of materials.

Makower: What does that mean?

McDonough: It means there are things for which we now pay to avoid a liability that could be converted into an asset. For example, waste streams. Are there things that we now pay for $80 a ton to get rid of that we might be able to use as a benefit to people? That’s why I’m working with the waste industry.

Because we’ve asked the different questions, we’re doing something new. We’re not setting out and saying how can we build the lowest-cost conventional building, or how can we design a standard building for the world. I’m saying all sustainability is local and we want to design things that can be made from materials at hand that suit local culture, that offer dignity and safety. It’s a different set of questions.

At what point would we ever want to protect this when actually it’s the more the merrier? Because what you’re talking about is a concept that wants to spread, as Jefferson pointed out in his correspondence. He had a really amazing bunch of statements. It’s really cool. Let me read part of what he wrote, and think about this in terms of what I just talked about.

Jefferson mentioned that people do not have a natural right to property and that the concept of “stable ownership” is actually the gift of social law. A patent, then, is a social convention to repay and reward inventors for their effort and ingenuity. A trade secret, on the other hand, is not public, and Jefferson references this when he writes:

“If nature has made any one thing less susceptible than all others of exclusive property, it is the action of the thinking power called an idea, which an individual may exclusively possess as long as he keeps it to himself …”

What a great line! I think about this often. It’s so gratifying to see the ripple effects of careful thinking. Every day I meet people who have been inspired to action and creativity based on having read Cradle to Cradle and now The Upcycle.

Makower: You’re working with Waste Management on a number of innovations that involve taking things out of the waste stream and turning them into usable assets in the way the circular economy should function. What’s the status of that?

McDonough: Well, Joel, it’s a little bit more than that. We are also working with the chemical industry, way upstream, asking them what’s going into these things — the packaging, etc. — to begin with. When we see, as you and I have discussed, award-winning flexible packages, not one of which is recyclable, we are creating liabilities, not assets. And you have to ask yourself what kind of business would produce a product it can’t sell? Why would we do that?

So, yes, we are working with the waste industry — Waste Management and others — to understand the global flows of these materials and start to ask, “What if they were assets instead of liabilities — by design?” 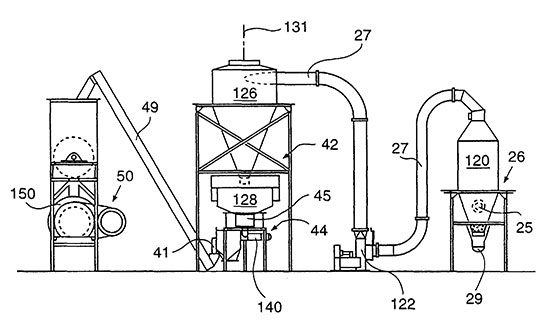 Makower: So, what’s the output going to be? Are you going to come up with new materials or new processes?

McDonough: New uses for existing materials and new material strategies. More uses for what we currently call waste. For example, I think we’re going to see more and more materials that are organics going to methane production and then going to composting and soil.

Makower: Are you going to give these technologies away, like Elon did?

McDonough: Well, to the extent that we develop anything worthy of giving away, sure. But I think the main thing would be, for example, giving the idea itself away, as we are doing when we discuss these matters. The ideas will develop value if they inspire and are used.

In other words, what if we could take polymers from our products and we looked at them and said, what if they were an asset? What if we collected them and used them for something that has to do with building parts, like roofs or something? Then we make them safe and fireproof and we find ways that people can have a roof over their head very affordably.

That’s an idea, and if I have ways of doing it that are really clever and utile, why wouldn’t I want to throw that out there? Because I don’t know that that’s where I want to make my living, running that as an enterprise. But someone else might want to, and they’re going to come up with clever things that allow them to get a commercial position. In the meantime, it’s just an idea, and it can spread. Ideas themselves become only valuable monetarily if they are commercially manifested.

Elon Musk needed a social structure to protect the commercial ingenuity of Tesla in order to have something commercially valuable to give away. Genius. We must all curate the ideas, ensure that they are carefully manifest, and the release them. This notion of a competent gift is important, but it is also interesting that this should be limited to one generation, as Jefferson and Franklin understood. The purpose of the patent is to document the what idea is, give the “idea” away, and make it freely available to the curious and ingenious, and let the inventor benefit for 17 years to repay and reward his or her effort and expense in bringing the invention to the world. We also use trademarks to assist in defining and preserving the quality of our brands in the marketplace.

McDonough: Well, like so many other things, I think it’s going to be money and success. And a fundamental understanding of the notion of competition.

The Greeks worried about the fact they were killing each other off in the city-states and warring. They realized that as a cadre, as a cohort, they were putting themselves at great risk by constantly fighting. But when the Olympics allowed them to get physically fit, work off some of their aggression on each other, they were quite fit when the Persians showed up.

So it’s about competition, as in the Latin root com petare, which means "to strive together." When we think that way, different things happen. And the curiosity allows for new ways of approaching problems, which causes more innovation, which may give someone a commercial advantage.

Makower: Is that why you gave away Cradle to Cradle certification by putting it into the public domain?

McDonough: Yes, because it’s going to be better for it. Cradle to Cradle will get bigger and it will be available to more people. Why wouldn’t we want to do that? We’re shifting commerce from “How much can I get for how little I give?” to “How much can we give for all that we get?” I think the culture of giving versus the culture of taking becomes fundamental to this question of intellectual property.

I’m really excited about the collaboration tools we have, the opportunities we have to move things so much faster. That’s what I’m spending my time on now: the big disrupters.

Ideas are gifts. They are uniquely humanizing. As Jefferson wrote:

“Ideas should freely spread from one to another over the globe, for the moral and mutual instruction of man, and improvement of his condition, seems to have been peculiarly and benevolently designed by nature when she made them, like fire, expansible over all space, without lessening their density in any point, and like the air in which we breathe, move, and have our physical being, incapable of confinement or exclusive appropriation.”

Top image by Weekly via Shutterstock