The spring summit for the Plug and Play technology accelerator kicked off Tuesday with ventures that are boosting the circular economy.

Sidewalk-scooting robots; styrofoam made from shrimp shells; a scratch-resistant coating for self-driving cars. These are just some of the innovative ideas presented Tuesday on the first day of the Spring Summit for the tech accelerator Plug and Play in Sunnyvale, California.

Plug and Play, one of the most prolific accelerators in Silicon Valley, brings together some of the world's largest corporations such as Procter & Gamble and Siemens to partner with promising startups. The accelerator also funds some startups and takes a small equity piece in them. (Dropbox is the group's biggest "win" to date.)

Startups building technology for supply chains and logistics, and new materials and packaging, took the stage Tuesday to pitch their companies to a room packed with investors, big companies and the media. The entrepreneurs had just a couple minutes to explain their ideas and tell the audience what they were looking for, be it a partnership with a manufacturer or a new investor to complete a funding round.

Many startups, not surprisingly, are developing businesses using some of the hottest computing tools in Silicon Valley, such as artificial intelligence, machine learning, autonomous technologies and robotics. Still others, particularly those making new materials, are using nanotechnology to design coatings and packaging.

At the heart of many of the startups' innovations is a desire to make businesses operate more efficiently, enabling logistics companies to more easily track goods or helping manufacturers to use more sustainable materials. Tuesday's pitches show how Silicon Valley startups are embracing the circular economy like never before, even if they don't quite affiliate with the term just yet.

Here are five ventures featured at the event that are using technology to make logistics and materials better: 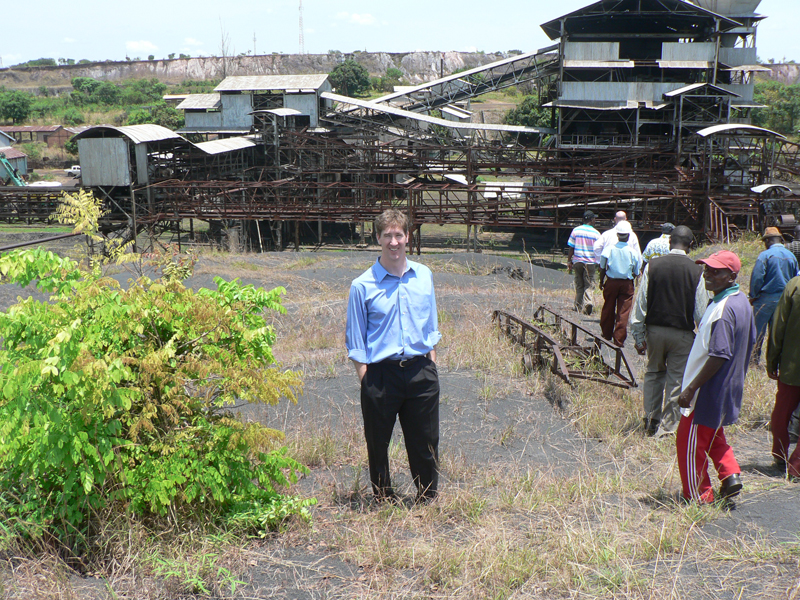 1. bext360: This startup from Denver, Colorado is using blockchain, robotics and mobile apps to trace back into the supply chain of commodities, such as coffee and cobalt, and to try to provide some accountability. The company's machines (described as "Coinstar-like") use sensors to help sort and assess goods.

The data about the quality of the commodity is stored in blockchain, the ledger at the heart of bitcoin. Machine vision and AI are used to confirm that the goods that reach the consumer are indeed the same quality as the ones shipped.

The system is meant to help bring benefits to the local farmer or miner that produced the good. The sorting machines can pay the producer immediately depending on the quality of the product.

Bext360 is starting with coffee, but the same could be done with cobalt (a key ingredient in batteries) to help identify mines that don’t use child labor or more sustainable seafood reserves. The company has raised a seed round of funding and is working on a Series A.

The company was founded by MIT PhDs in computer vision and robotics, and the startup already has gone through Y-Combinator, the other big Silicon Valley accelerator program.

The first-generation Robby has traveled over 4,000 miles mostly in California delivering goods to customers, including users of DoorDash, Instacart and Postmates.

The second-generation Robby is being designed to have friendlier interactions with humans — invoking a "small pet walking down the street" — and has more rugged features. It's also got a longer battery range and bigger cargo carrying space.

While Robby makes it easier and cheaper for logistics companies to deliver goods, it also could reduce the energy expended and greenhouse gases emitted per delivery. Robby — with its small size and battery — is likely far less energy-intensive compared to a diesel-powered delivery van.

Now, there's just the not-small problem of people getting used to robots using the sidewalks. Cities such as San Francisco already have moved to require permits for the testing and use of sidewalk delivery robots. 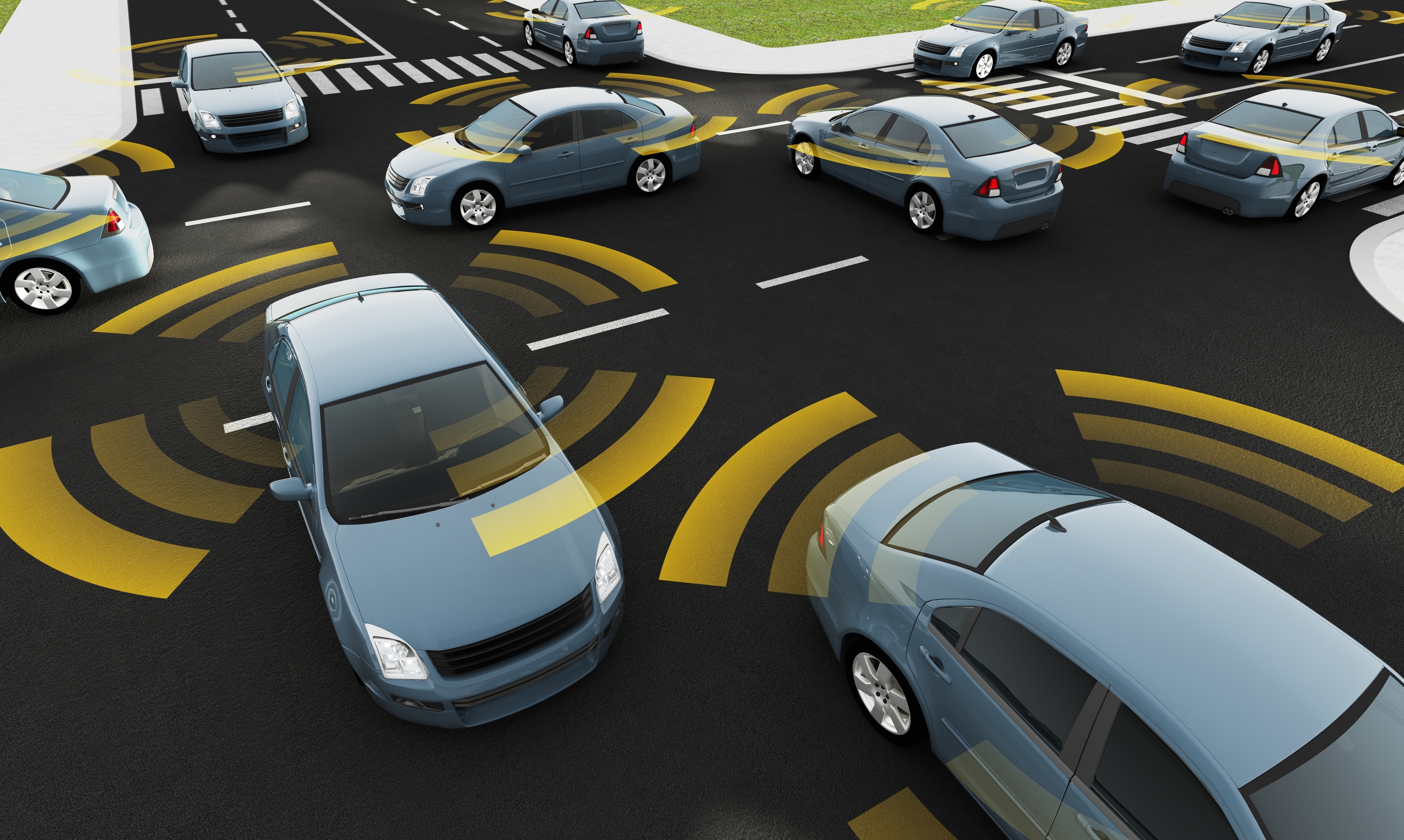 3. Alchemy: Self-driving cars use a bunch of sensors, cameras and radar to collect data about a vehicle's surroundings. But guess what: If the sensors can't see the environment because of scratches and cracks in the windshield, then the car is straight up out of luck.

Enter Alchemy's coatings, which were created using nanotechnology, and which are supposed to make the windshield resistant to abrasions. Layer it on an autonomous vehicle's windshield and the idea is that the car will operate more safely and last longer.

The company also makes a coating that can stop frost from building up in cold environments. Alchemy says it uses AI to finetune the coating compositions and target various applications.

Of course, such coatings don't have to be used on just autonomous vehicles, but human-driven cars also could  benefit from ruggedized windshields. The company says that when its "Exoshield" is applied on a car, and it saves a car owner from a windshield replacement, it prevents 20 kilograms of greenhouse gases from being emitted.

4. Cruz Foam: Out of all the startups pitching on the stage Tuesday, this company had the most unusual idea. Cruz Foam, based in Santa Cruz, California, is building a business off turning shrimp shell waste into a bio-version of Styrofoam.

Standard Styrofoam is a petroleum-based product (made from oil), and it's the second most common plastic found on beaches. Marine plastics are a massive problem plaguing oceans everywhere.

The folks at Cruz Foam wanted to create an alternative Styrofoam product and came upon shrimp shells, as they contain chitin, a polymer. The company plans to use its Styrofoam first for a surfboard and later on for coolers for the delivery market (think Amazon Prime Fresh or the pharmaceutical industry).

5. Grabit: Picture a factory robot arm that can quickly move an egg, toss a wispy scarf and lug a big old pallet, all with the same hardware. That's what the entrepreneurs at Grabit say their technology can do.

The innovation could be used in manufacturing robotics, conveyors belts and for truck loading.