Switch SuperNAP and Digital Realty prioritize renewables, as the industry looks beyond efficiency.

Anyone who watches for corporate declarations about solar or wind purchasing commitments knows that some of the largest contracts have emerged from the tech sector, with companies such as Amazon, Apple, Google, Facebook and Microsoft leading the way.

You might be surprised, however, to learn that two far smaller technology firms were also among the top signers of clean power deals last year — data center operators Switch SuperNAP and Digital Realty. Neither is exactly a household name beyond the geek community, but they are both definitely making noteworthy contributions when it comes to facility innovation.

More clean energy, lower bills and improved energy efficiency should be available to all consumers equally.

To be clear, green data centers have been a "thing" for quite a while. But aside from mavericks such as Verne Global, the Icelandic company that first made headlines several years ago for its geothermal-powered, zero-carbon facility, most operators have prioritized energy efficiency, not the source of the power behind the servers.

Now, efficiency is table stakes for any market leader, and most leading companies are scrambling to get their renewable energy story straight. Considering the role that data centers play in the digital business strategies of just about every company, that’s a trend worth watching.

Take the example of Switch SuperNAP, which is building more than 180 megawatts of solar farms in Nevada. It was one of the companies (along with Tesla) behind that state’s Energy Choice initiative, which will enable businesses there to invest more easily in renewable energy. Its data center facilities are home to servers and equipment for more than 1,000 organizations, including a who’s-who list of mammoth companies including cloud giant Amazon Web Services, electronic marketplace eBay, aviation legend Boeing, hospitality concern MGM and financial services powerhouse JPMorgan Chase.

The Switch-championed measure passed with a more than 72 percent margin in November — more support than any other proposal in the past two decades. Remember, this place is also the home to Tesla’s massive Gigafactory, where the electric vehicles and solar energy company is building massive energy storage devices in collaboration with Panasonic.

It’s on everyone’s minds, and we’re doing something to respond.

"Nevada is now poised to develop the plan to implement a forward-looking energy policy that embraces today’s energy-producing technologies, supports sustainability, and ends the monopoly that is no longer in the best interests of the people of our state," wrote Switch founder and CEO Rob Roy in a blog in November. "Central to this policy are the key principles that protect consumers. This includes the principle that more clean energy, lower bills and improved energy efficiency should be available to all consumers equally, from individual low-income users to the largest industrial customers."

For such a staunch supporter of clean energy, Switch is pretty modest: It dodged multiple requests to chat about its strategy.

But its mission to use 100 percent renewable energy for all of this data centers got a big thumbs-up last month from Greenpeace, which lauded the company in its recent "Clicking Clean" report on the greenest cloud services and Internet companies. Switch is actually the first company in its category (multitenant data centers) to earn straight As. 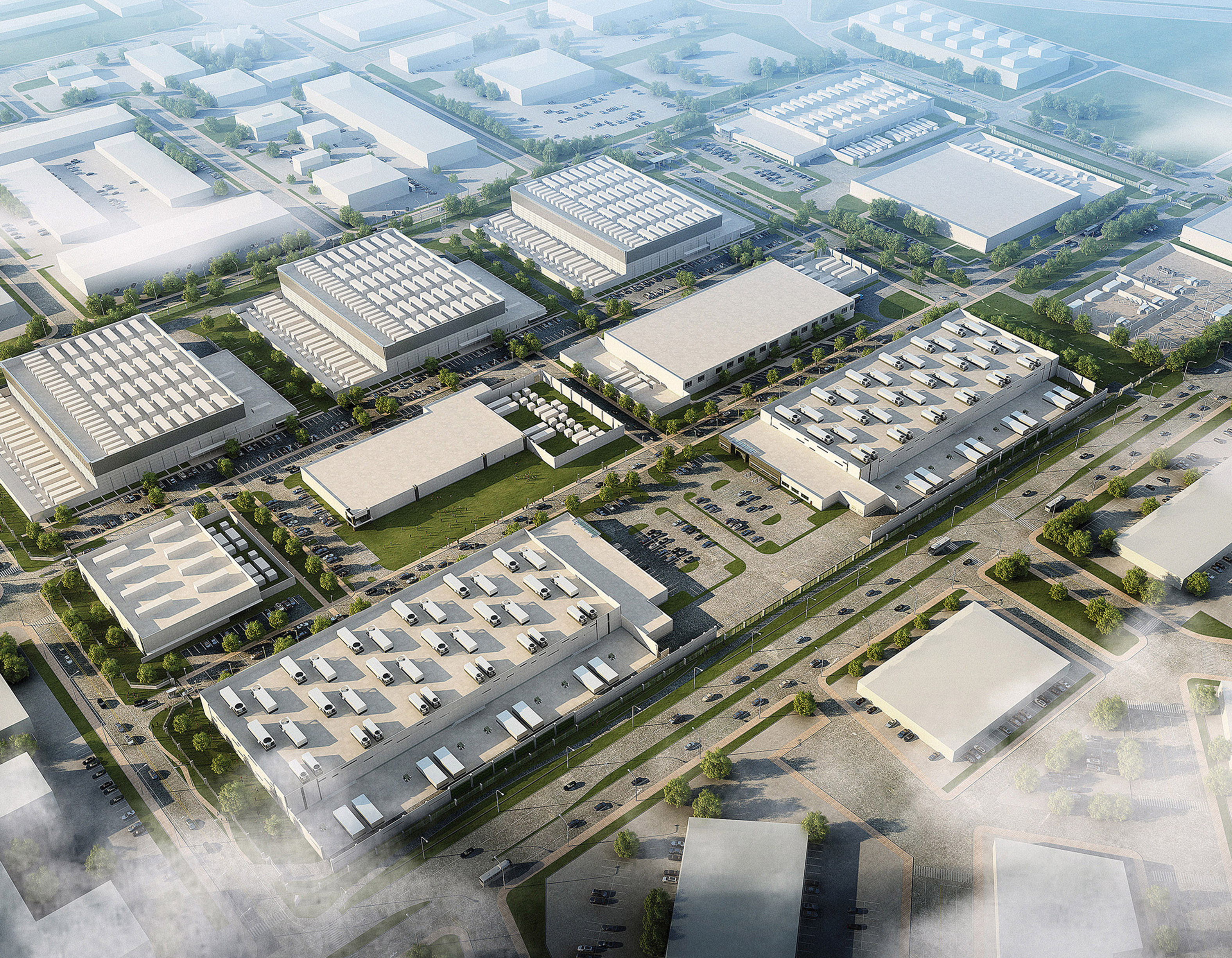 Among the things that helped the company earn those grades were its flexibility when it comes to procurement. The company is partnering closely with utility Consumers Energy in Michigan in order to that its $5 billion data center near Grand Rapids not only will be the largest data center in the eastern U.S., it also will be the cleanest.

Aside from procurement, Switch’s facilities are among the most energy-efficient ones around — the power usage effectiveness (PUE) ratio for its design averages 1.23, which is relatively low considering that it can’t often use air cooling during the daytime hours. That equation compares the electricity need to run services, networking switches and other technology gear against the equipment needed to keep it from overheating. The closer that number is to 1, the better it is considered.

This was the first year that Greenpeace took a close look at companies, such as Switch SuperNAP, that host other businesses in their data centers. Switch was by far the best-performing company on the Greenpeace ranking of that sector, but several other organizations received cumulative grades of a C or better. They were Akamai and Equinix (both of which earned Bs) and Digital Realty and Rackspace (which received Cs).

As Greenpeace notes in its report:

With the recent signing of a large contract for wind energy in Texas, Digital Realty has at least made a first real step toward driving renewable energy deployment, moving beyond the unbundled [renewable energy credit] purchase approach in the initial offering of its Clean Start program. But given the size of Digital Realty’s data center portfolio and the number of major customers that have already made 100 percent renewable commitments, much more impactful efforts must follow.

Digital Realty has a massive footprint, with 156 data centers around the world that are home to many big-name service provider, including AT&T and the IBM Cloud operation. Historically speaking, it has invested substantially in energy efficiency and green building projects — its 2020 goal is to make its U.S. facilities at least 20 percent more energy-efficient; so far it has managed a 17 percent improvement.

Digital Realty is a tenacious water steward: It looks for ways to recycle wherever possible. It also earns props from Greenpeace for its transparency; it publishes "clear snapshots" of its energy mix, electricity consumption and greenhouse gas emissions.

That’s important — as more of the company’s major customers have declared 100 percent commitments to clean power, they will look far more closely at the impact of their data centers than they might in the past.

Aaron Binkley, director of sustainability for Digital Realty, said the company is studying the feasibility of renewables procurement in its major markets, including the U.S., the U.K. and Singapore. Many of its customers increasingly look beyond the traditional approach of buying RECs and seeking partners that are more concretely adding renewable energy to the grid.

"It’s on everyone’s minds, and we’re doing something to respond," Binkley said.