Despite its progressive record on clean energy and innovation, the tech giant is still working to get a handle on entrenched supply chain challenges.

This story originally appeared as part of The GreenMoney Journal Interview Series.

Jacky Haynes, senior director of supplier responsibility at Apple, is interviewed by Bennett Freeman, senior VP for sustainability research and policy at Calvert Investments from 2006 to 2015.

Over the last decade, Apple has become the most iconic brand and valuable company in the world.  It stands for innovation — innovation in its technology, design and product experience. And it has been a magnet for responsible investors, whose portfolios have been served well by holding the company.

At the same time, like its peers and competitors in the consumer electronics industry, Apple faces tough issues around labor and human rights in its relationships with its suppliers — some of which manage massive workforces in countries such as China. Apple has been a leader in the supplier responsibility space, but has learned that it is difficult — if not impossible — to achieve the same level of perfection on these issues as they do in their products.

Jacky Haynes, Apple’s senior director of supplier responsibility, has been at the forefront of the company’s efforts to manage these relationships.

Unlike many of her peers at other companies, she has built her career in operations and on factory floors, giving her a unique perspective on how supply chains and assembly lines work — and an unusually informed perspective on workers and workforce management.

Haynes leads a team created to ensure that all Apple suppliers around the world protect workers’ rights, provide a safe and healthy workspace and minimize their impact on the environment. She joined Apple in 2000 and spent eight years overseeing Apple’s business-process reengineering and business intelligence teams. Prior to Apple, Haynes worked for the IBM Corporation from 1981 to 1994 in manufacturing and customer relations roles.

She has been tireless in her work with Apple’s suppliers, but Haynes is still the first to admit that she is constantly learning new lessons along the way on how the company can continue to improve its approach to these complicated issue.

Jacky Haynes: The way we think about supplier responsibility at Apple is that it’s entirely intertwined with operations. We can’t do the work we do, deeply embedded in the supply chain, without the operations team. They are as likely to knock on my door to ask for help as I am to knock on their door.

I came into this role with 30 years of experience in operations, so I have real experience and relationships in that world. I can tell you without a doubt I would not have come back from retirement to take this job if we did not have a management team, up through and including our CEO, Tim Cook, who was totally committed to the work we are doing.

At Apple, we believe that every worker in our supply chain has the right to safe and ethical working conditions. That’s just not a slogan on our website; it’s something we live and breathe every single day. And it’s not just the responsibility of my team; it’s also the responsibility of the hundreds of Apple employees in our factories every single day.

One of the things that really distinguishes the work we do in supplier responsibility is that we have boots on the ground all the time. I don’t believe that my job can be done from behind a desk, so I spend a lot of time with my team in the factories talking to managers and attending audits.

Freeman: In the wake of The New York Times investigative reporting on Foxconn in early 2012, Apple faced sharp scrutiny regarding its supply chain practices and has addressed these issues by joining the Fair Labor Association and strengthening its policies and management systems in recent years. What improvements have been made and what lessons has the company learned?

Haynes: In fact, we’d been working on these issues for some time. We had what we believed to be — and still do believe — one of the strongest codes of conduct in the industry. I think we had to learn that this work is a journey. We really looked at ourselves and realized that we don’t know if, when and how we’ll ever be done, no matter how good of a job we are doing.

We care so much about perfection in our products. We want that same level of perfection in our supply chain, but it’s very hard. So I’d say looking in the mirror and dealing with that reality was a very, very difficult thing for us to do, and so we redoubled our efforts on many fronts.

Our first lesson was that we needed to be sure that we were designing supplier responsibility programs with the same level of attention to detail and innovation that we bring to our products — and we need to be able to do that at Apple scale. And for Apple, scale means that our top 200 suppliers manage over 750 facilities worldwide at all levels of our supply chain — and manage over 1.5 million workers. So that’s the challenge ahead of us.

We learned that we really needed to focus on tackling the root causes of any issues we observed within the supply chain. For example, we saw that workers weren’t wearing the appropriate personal protective equipment.

It wasn’t that workers were intentionally violating the policy, but that factories didn’t have properly trained people to evaluate workers’ health and safety and put a program into place. So we took that observation, among others, and launched the Environment, Health, and Safety Academy to try to address the root cause of some of the health and safety violations.

And then finally, we realized we needed to be more transparent and open around the work that we are doing. If you look at our reports for the past three years, we have increasingly added transparency into our reporting, including listing our suppliers, our smelters in the conflict minerals program and the standards that sit behind our code of conduct. We think it’s really important to talk to our friends, our critics and our partners about the work that we are doing, because hopefully we can inform them and they can inform us, and we’ll improve.

Our relationship with Ma Jun and his organization, the Institute of Public and Environmental Affairs, started around this same time. It was a very delicate dance in the beginning as we both got to know each other, but it has turned into a tremendous working relationship. In 2014, we had about 35 facilities that we had cleared from his database, and we are also doing a tremendous amount of proactive work with him, including publishing emissions data.

We went from last to first in his ratings, and we value this relationship highly because we have tremendous respect for his organization and the work that we’re doing together. It shows the power of what can happen when you are more open and engaged.

Freeman: Many believe that supply chain audits have their limitations and there are mounting indications of “audit fatigue” on the part of suppliers. What tools is Apple using beyond audits to help its suppliers comply more effectively with labor laws and to respect workers’ rights?

Haynes: It’s in vogue today to slam audits, and there are a lot of good reasons that people should ask questions. Having said that, we do believe that a good audit program is an essential part of what we do. In fact, we performed 630 audits in 2014, which is up from 451 we did in 2013.

It’s not the only thing we do, and it would never be sufficient on its own — but audits give us the chance to put boots on the ground and have a presence in these factories. We always have an Apple person in every audit, and I will tell you that this is very, very critical because it really gets the supplier’s attention and it really changes the tone and tenor of the audit. It is important to us to have this core of people who know our values and our structure in addition to the third parties that we bring in.

The second thing we do is closed-loop remediation with our factories, which means we ensure the factories close things out and we look for recidivism when we go back to audit them again. And then finally, I’m an engineer. I want metrics. I want metrics that will show if I’m improving or not improving. That allows us to use the audits as a core component of a supplier’s scorecard.

Audits aren’t enough, however. We spend a lot of time developing programs both to help our suppliers get better and also to provide resources for workers. For example, I referred earlier to our Environment, Health, and Safety Academy. We’re requiring that all of our suppliers send at least three people through this program. We also have our Supplier Education and Development program, our SEED program.

We’ve donated millions of dollars in equipment and support so that workers can get training in everything from administrative and Bachelor’s degrees to training in English. And we are currently doing a pilot to explore how we can use technology — workers’ own smartphones — to hear from workers before an audit and to get feedback on their health and safety training.

Freeman: How does the company ensure suppliers maintain compliance with your supplier code during times of stress in the production system leading up to a product launch or the holidays?

Haynes: The time of product launch is a stressful time in our factories. It’s a stressful time for all of us who are trying to bring these fabulous products to market. One of the things that we have learned is that we need to get into our factories in advance of the ramp-up. So this year for the first time we talked to our key suppliers at their facilities about more than manufacturing capacity.

We asked questions about whether they had enough dorms and if they had enough people who could be talking to workers to ensure they were not having fees taken from them or ID cards held. We started way back in the planning process with factory surveys, and for our 22 most involved suppliers, we followed-up with bi-weekly visits to look at hiring plans, to interview workers and to see how things were going.

Freeman: In recent years, Apple has been engaging more with the broader CSR community. What has been the result of that increased transparency?

Haynes: Tim Cook has been very clear: we will double down on secrecy around our products, but we want to be increasingly open about the work we do in our supply chain and in the environment.

We believe we have a lot to learn. We work very hard at this, but there’s a lot we can learn that makes us better. And we also know that we have a lot to share, and so I think it would be irresponsible to keep those things to ourselves. When it comes to supplier responsibility, we want people to steal from us, and hopefully they will let us steal a little bit from them, too. 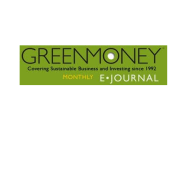 See all by GreenMoney Journal