Message from Mars: How to institutionalize sustainability

Mars has generated numerous headlines by committing $1 billion to achieve the company’s Sustainable in a Generation Plan.

A billion dollars is a lot of money, even for Mars. But leaving aside the substantial funding, the announcement could be seen as yet another plan marking the beginning of a company’s sustainability journey. Looks can be deceiving. The Mars commitment and plan are exceptional — not just for the goals set for the future, but for what Mars already has achieved.

The company has spent the past decade methodically institutionalizing a sustainable business mindset and practices across this large organization ($35 billion annual revenue; 80,000 employees; 80 countries). Mars is a family-owned business that largely has shunned publicity for 100 years. Ensuring it was walking the talk before it made external announcements is the Mars way. And walking the talk at Mars means meeting a wholly different standard from most other companies.

Institutionalizing anything in a large, complex organization is one of the most difficult tasks any company can undertake. How has Mars done it?

Defining its own path

The topic of sustainability hit the agenda of Mars’ global management team meetings in 2007. At that point, the company had no sustainability plan and little understanding of what all the noise was about. A Mars regional president was asked to form an executive-level team to assess the risks and relevance of sustainability to its business and report back. (Full disclosure: I served as an adviser to this group during its first few years).

From the outset, Mars was willing to cut its own path. Corporate social responsibility and sustainability reporting were driving the approach that many peers adopted. But Mars leaders knew that externally imposed approaches would not get traction within the business.

Instead, Mars started with its products — and that has made all the difference.

An unvarnished, data-driven sustainability story was developed for the top brands in each of its business segments — chocolate, pet care, food, drinks and Wrigley. These sustainability stories quantified the social and environmental impacts of each product, as well the related commercial risks.

Powerful insights emerged for each brand and division, and for the company as a whole, about its most valuable assets. Answers to "What is the relevance of sustainability to our business?" and "What is the relevance of our business to sustainability?" became clear and compelling when depicted and quantified through the lens of the company’s iconic brands.

From the moment those sustainability stories were circulated, sustainability became accepted as an integral part of Mars’ operations and corporate strategy.

When Mars does attract media attention, some mention is usually made of the company’s Five Principles: quality; responsibility; mutuality; efficiency; and freedom. Meetings are conducted in accordance with these principles. Decisions are evaluated against them. The Mars community as a whole is expected to live by them.

When Mars does attract media attention, some mention is usually made of the company’s Five Principles. The Mars community as a whole is expected to live by them.

Some have described the company as cult-like in the importance it places on these principles. But in a world where there is so much room for improvement in how we treat each other and the planet, Mars’ unwavering determination to shape its ecosystem according to these principles is impressive.

The Five Principles underpin a strong corporate culture that can be traced back a century. The strength and nature of this culture is perhaps the most powerful tool Mars has had for institutionalizing sustainable business practices. Sustainability goals added a new "what" to the jobs of Mars’ employees, but much of the "how" and all of the "why" already were embedded in its Five Principles. This lowered many barriers other companies have faced with the rollout of their sustainability programs.

Much has been written about the power of sustainability programs to improve a company’s culture. The lesson from Mars is that "going with the grain" of existing culture can be a powerful sustainability accelerator.

Finally, a note on leadership. It’s easier to find motivation for action when sustainability trends pose a risk to your business. But when a company has negative social or environmental impacts and there is no compelling commercial imperative to take action, most companies end up stuck in debate over their responsibilities to their shareholders versus society and environment.

This is where Mars has had a distinct advantage. Its shareholders are the Mars family. And that family cares deeply about the company’s legacy. Mars executives don’t have to pause to consider whether they should go above and beyond if it is the right thing to do. It’s expected if you work for Mars. But so is delivering your numbers.

Nobody said it was easy to do both. But Mars is showing that it’s possible. 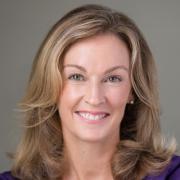 The inconvenient truths behind the 'Planetary Health' diet

See all by Erica Hauver