It's time to become more familiar with a companion metric: energy reuse effectiveness (ERE), which illustrates how data center energy is used by other parts of a facility, or even in nearby building such as offices, homes, restaurants, hotels, greenhouses and swimming pools.

For example, the hotel, restaurants and offices in the Eurotheum — a 31-story shared-use skyscraper in Frankfurt, Germany — benefit from the waste heat produced by the building's computer servers in the form of reduced operational costs. (Editor's note: The servers in the building are used to run cloud services offered by Cloud&Heat Technologies, which authored this essay.)

The concept of waste heat use is becoming more important.

By feeding the waste heat into the heating circuitry, the Eurotheum is able to save up to $47,000 for heat energy, which is equivalent to the heat output of 150 low-energy houses. Additionally, up to $35,000 of cooling costs can be saved annually by the direct, low-loss cooling of the servers.

Why ERE is important

When the ERE metric was first introduced by the Green Grid in 2010, it was quickly adopted. The idea was to establish a metric for data center practitioners, one that gave them greater visibility into data centers that make use of energy recovery techniques. Unlike ERE, PUE does not take all energy consumption into account. Here are two ways in which it is useful:

ERE as a green tool for data centers

The number of enterprises using cloud computing and artificial intelligence services steadily has increased in recent years, making data center efficiency a more relevant issue with each day. More devices and sensors are connected to the Internet — their control, measurement and tuning processes are digitally coordinated. According to an estimate by research firm Gartner, there are about 4.9 billion connected devices today. Cisco experts are predicting 50 billion connected devices by 2020, as the proliferation of "smart home" technologies continues.

Saving energy can save money and make a significant contribution to a data center operator's sustainability strategy in the form of additional emissions reductions.

The largest data center in the world, with more than 1,000 megawatts of computing power, is slated to open in 2018 in Ballangen, Norway. The new "data-fortress" will be powered exclusively by eco-friendly energy from the country’s wind and hydroelectric power resources. Norway and some other countries support the development of green technology and energy efficient industries through a variety of government subsidy programs.

Most European data centers have started efforts to minimize carbon emissions, moving away from nuclear energy and eliminating their reliance on fossil fuels. Facebook, as an example, hopes to open its third (out of 10) data center fully powered by renewable energy in 2019. It is also working on making its existing facility in Sweden greener, too. Other big cloud computing companies such as Google, Netflix and Apple are turning to clean power as well.

But using green power to run data centers doesn’t necessarily make them more efficient. To achieve further aims in climate and environmental protection, companies and technologists must move ahead focusing both on the production of green energy and on minimizing waste. ERE provides a useful ruler for data center operators and developers struggling with rising operational costs to run and cool down their server cities. 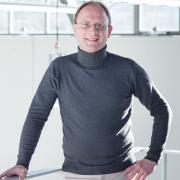 See all by Jens Struckmeier